ISRO has launched 9 student satellites, but this is the first to be launched by the new PSLV variant.

On 24 January, a new variant of the Indian Space Research Organisation's PSLV will launch the world's smallest satellite built by a student startup from Chennai, the KalamSAT. The satellite will be powered by the PSLV's fourth stage — a first for any space agency.

The launch mission, called PSLV-C44, will be the first in the world to not just launch a satellite but use the rocket as a platform for experiments in space.

The same rocket will also carry an earth observation satellite for the Defence Research and Development Organisation (DRDO), called MicroSAT-R, into orbit for surveillance and imaging. 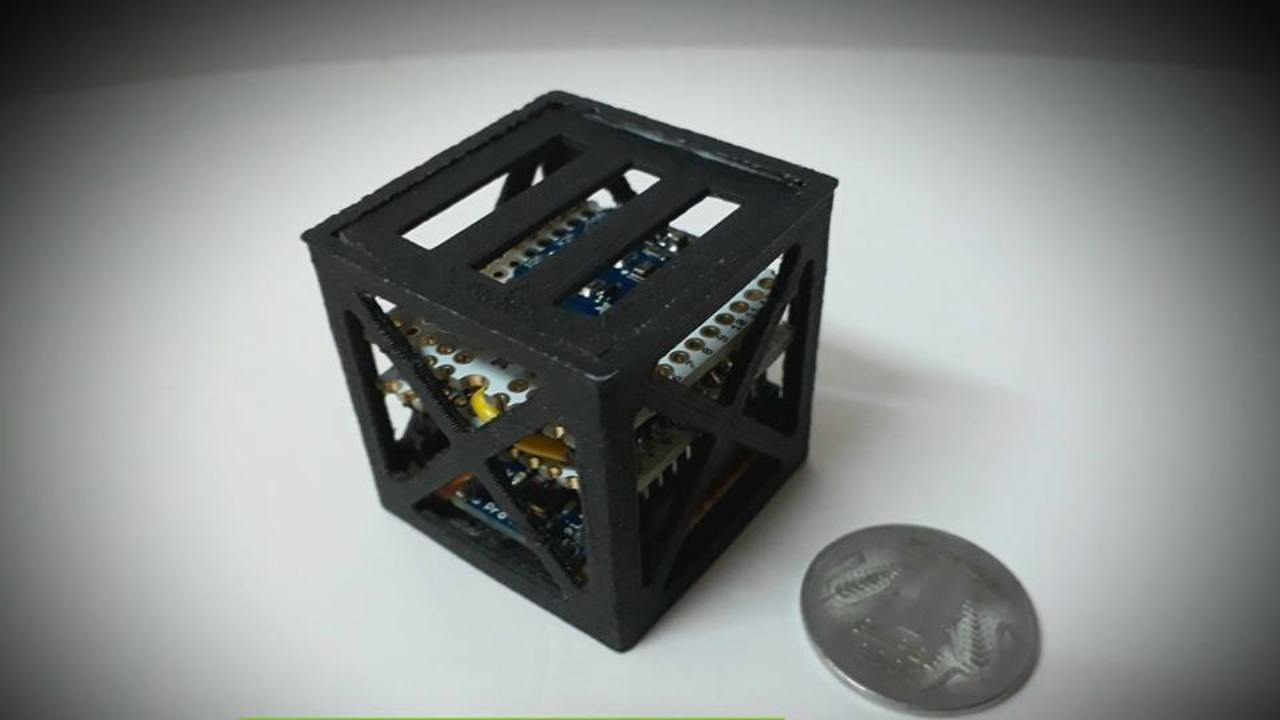 KalamSAT was launched by NASA along with several other experiments on the Terrier Orion sounding rocket 22 June 2017 from the Wallops Island facility in Virginia. The satellite weighs just 64 grams. Image: Wikimedia Commons

"PSLV-C44 is a new variant of the PSLV whose last stage PS-4, which usually becomes dead after ejecting the primary satellite, will remain active for six months," said ISRO's Chairman K Sivan at a press briefing, according to a Times of India report.

"We have received seven applications from students for doing experiments in space. Based on requirements from students, we will launch more such PSLV rockets this year so as to enable students to perform tests in space. This facility will be free for all students," Sivan added. With this new opportunity, students need not worry about the launches or rocket modules for their satellites, and can instead focus just on their experiments. This PS4 platforms will provide both platform and power to their satellite, the ISRO chief said.

In 2017, one of the students had designed an earlier version of the KalamSAT and launched it on a NASA's sounding rocket. The Class 12 student from Chennai broke the global space record for the smallest and lightest satellite launched at the time.

So far, the agency has already sent up nine satellites built by students, but this is the first to be launch in the new PSLV variant.