India's heaviest communication satellite with high throughput GSAT-11 will be put into orbit by the Ariane-5 rocket of Arianespace from French Guiana on 5 December 2018, the Indian space agency said.

According to the Indian Space Research Organisation (ISRO), the GSAT-11 weighing 5,854 kg is the heaviest satellite built by it.

The satellite is scheduled for launch onboard Ariane-5 launch vehicle from French Guiana.

The satellite will be initially placed in the Geosynchronous Transfer Orbit and will subsequently be raised to geostationary orbit by firing the satellite's onboard motor. 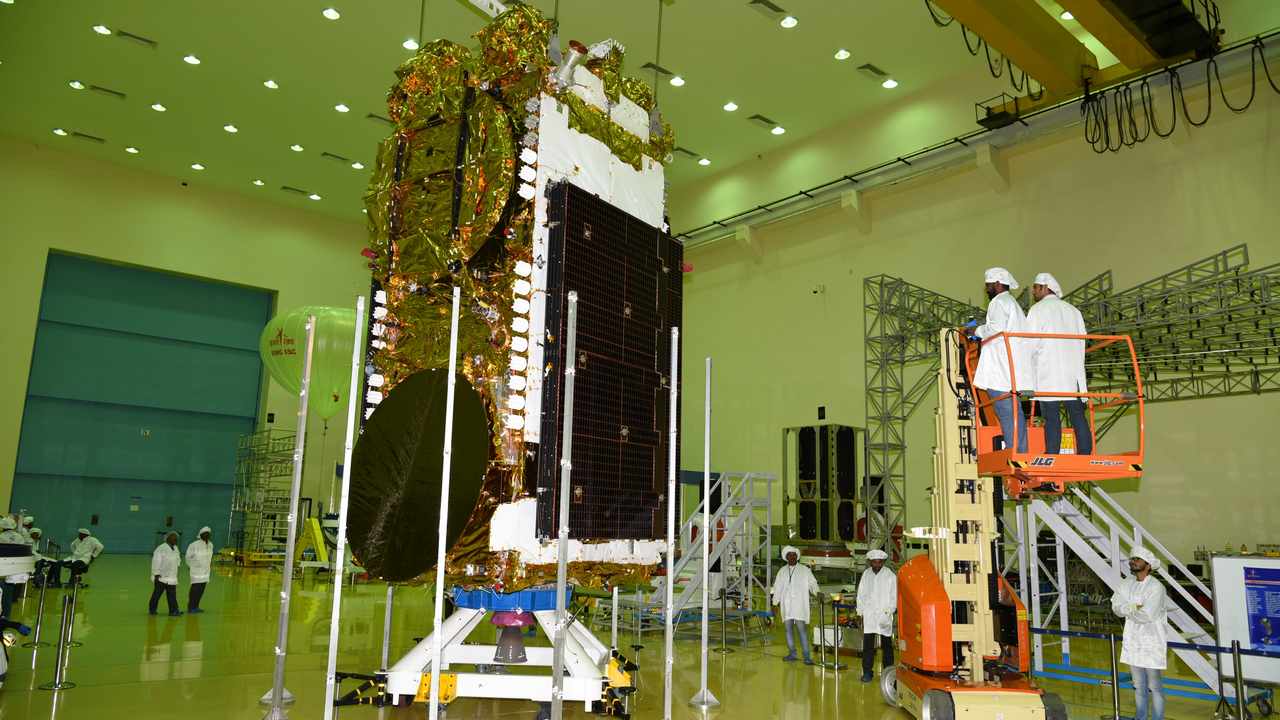 According to ISRO, GSAT-11 is the forerunner in a series of advanced communications satellites with multi-spot beam antenna coverage over Indian mainland and islands.

The satellite with a mission life of 15 years will have 32 user beams (Ku band) and eight hub beams (Ka-band) and the throughput data rate of 16 Gbps.

GSAT-11 will play a vital role in providing broadband services across the country. It will also provide a platform to demonstrate new generation applications.

The Indian space agency said the GSAT-11 will be used to meet the increased data demands with high data rates over regions using spot beams.

The satellite will support BharathNet connecting gram panchayat for e-governance and digital platforms; VSAT terminals and for enterprise network and consumer broadband applications.

In April 2018, ISRO had recalled GSAT-11 from Arianespace's rocket port in French Guiana for further tests, to be on the safe side.

"We are bringing back the GSAT-11 satellite to carry out some tests to be doubly sure of its performance orbiting in the space. There is nothing more to it," K Sivan, Chairman ISRO had told IANS then.

The GSAT-11 was planned to be launched mid-May. The satellite had reached Arianespace's rocket port in March 2018.

The ISRO's move to call back GSAT-11 for further tests and be doubly sure of its performance may be due to the loss of the recently launched GSAT-6A satellite, soon after it was put into orbit on 29 March.

ISRO suspected the failure of the power system in the satellite for the loss of communication link.

"The satellites are powered by solar panels that charge the onboard batteries. The batteries are fully charged when the satellite is loaded on to the rocket.

"Even if there is a problem with the solar panel, then the battery power should have kicked in. Here the entire power system of the satellite seems to have failed," one space expert told had IANS earlier.

According to experts, the power system could have failed due to some short-circuiting or arcing resulting in what is known in the space terminology 'loss of lock' or loss of contact with the ground station.

Satellites in space are locked to ground stations for tracking and other purposes.

On 29 March, Indian rocket Geosynchronous Satellite Launch Vehicle (GSLV) slung GSAT-6A in its intended orbit. From there the satellite was to be taken up further to its orbital slot by firing its onboard motors.

The first orbit raising operation was successfully carried out by firing the onboard motors for around 36 minutes on 30 March morning.

The second orbit raising operation of GSAT-6A satellite was also successful as its motors were fired for about 53 minutes on 31 March.

After that, the communication link got snapped.