GSAT-31 is expected to liftoff on an Ariane-V rocket at 2.30am IST from a launchpad in French Guiana.

The Indian Space Research Organisation is gearing up to launch its 40th communication satellite for India, GSAT-31, to replace an old INSAT satellite on 7 February 2019.

The satellite will be launched on an Ariane-5 rocket from French Guiana to replace INSAT-4CR. ISRO Chairman K Sivan said a few weeks ago that the launch of GSAT-31 will use an Arianespace's rocket because it was an emergency launch to replace the dying INSAT-4CR satellite so that communication services are not affected in the process.

ISRO's GSLV MkIII rocket could just as easily have launched GSAT-31, except that there aren't any MkIII rockets to spare at the moment. MkIII rockets have been assigned to important ISRO missions like the Chandrayaan-2 launch in April and developmental tests for Gaganyaan in 2020. GSAT-31 being loaded into a thermovac chamber for transport. Image: ISRO

The GSAT-31 satellite is built with an I-2K bus, which is a standard bus developed by ISRO for its satellites around 2,000 kg in weight. The 'I' in I-2K stands for INSAT – the group of communication satellites ISRO has developed and launched to provide and improve communication services in India.

GSAT-31 will add much more capacity to the number of transponders in the Ku-band frequency that ISRO currently has in geostationary orbit. It provides a coverage area that includes India's mainland and islands, ISRO said in a statement.

The 2,535-kg satellite is designed to have a lifespan of 15 years, provided all goes well during the launch and the orbit-raising process. 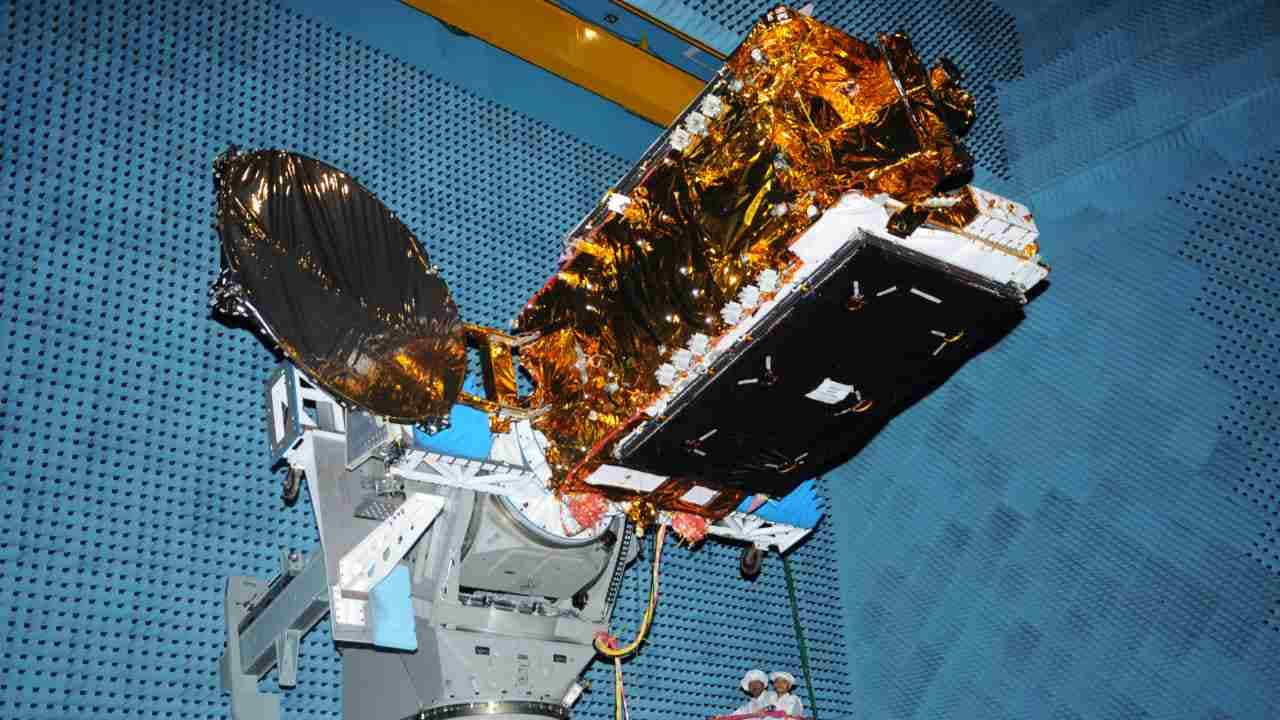 GSAT-31 in the midst of testing at ISRO. Image: ISRO

The INSAT 4 satellite series included seven satellites to cater to various communication needs of the country. Of the lot, INSAT-4C failed to reach orbit the first time it was launched in 2006 due to a launch vehicle malfunction.

Days after the blip, ISRO announced that they plan to launch an identical satellite by July 2007. The replacement satellite, INSAT-4CR, was launched in September 2007.

However, it reached a lower orbit than initially planned, and was moved to its final (geostationary) orbit using the fuel it had onboard. This brought down the service life of INSAT-4CR by 5 years, needing replacement by end of 2019. INSAT-4CR is now days away from a handover to the new GSAT-31. An Ariane-V rocket lifting off from its launchpad in French Guiana in 2018. Image credit: Arianespace

GSAT-31 is expected to launch on an Ariane-5 rocket from a launchpad in French Guiana in the early hours of 7 February (2.30am IST).

In March, ISRO will launch the PSLV-C45 mission from India to carry a DRDO satellite, Anisat, to orbit.

Also upcoming is Arianespace's launch of GSAT-30 in June, which will replace another dying INSAT satellite, INSAT4A. The satellite is specifically designed for high-quality television, telecom and broadband services.