The mission launch was called off due to a technical snag, 56 minutes before the scheduled timing.

Giving credit to ISRO for saving the day with its alertness, several space scientists on Monday said the space agency must be appreciated for calling off the launch of India's second Moon mission, Chandrayaan-2, rather than hurrying into a major disaster.

The mission launch, described as the most complex and prestigious undertaken since ISRO's inception, was called off due to a technical snag less than an hour before blast-off early Monday due to technical problems.

"A technical snag was observed in the launch vehicle system at t-minus 56 minutes. As a measure of abundant precaution Chandrayaan 2 launch has been called off for today," ISRO Associate Director (Public Relations) B R Guruprasad said in Sriharikota. He did not specify what the snag was. 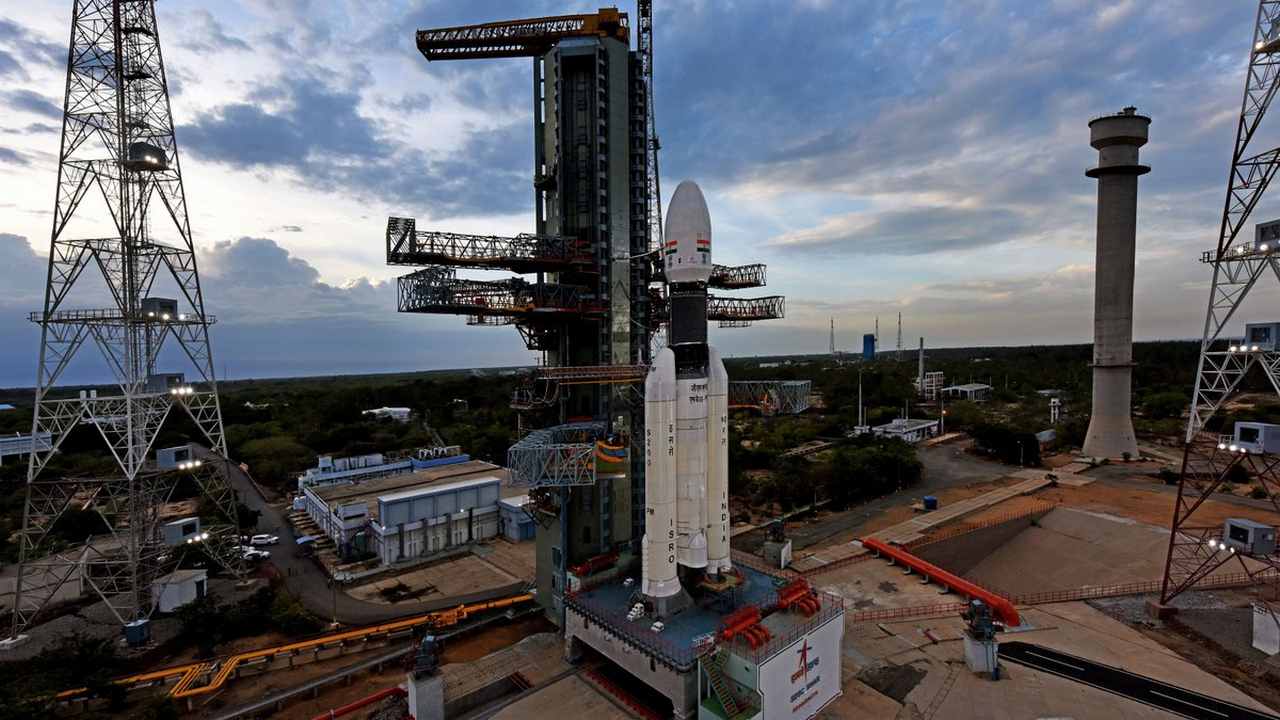 "ISRO has an exceptional success rate when it comes to launching systems. Checking and diagnosing complex systems in a rocket till the last minute is an art by itself, which they seem to have mastered," said Rajesh Kumble Nayak, head of the Centre for Excellence in Space Sciences India in Kolkata's Indian Institute of Science Education and Research (IISER).

"I am glad that people at ISRO decided to hold back rather than hurrying into a major disaster. I guess the mission will be held back for a few weeks, which is much better than a failure," Nayak told PTI.

Scientists also expressed the hope that any technical problem will be sorted out by ISRO, and the mission will be launched successfully.

"While before the launch of such a space mission, we celebrate our technological capabilities and scientific prospect, we must remember that very rigorous tests and monitoring of every component of the vehicle and satellites are done again and again for a space mission," said Sudip Bhattacharyya, associate professor at the Tata Institute of Fundamental Research (TIFR) in Mumbai.

"One must not be complacent and must remain alert till the last moment. Today's temporary calling off is a result of this essential alertness, which has possibly saved the day, and therefore the credit goes to the team. I do hope that any technical problem will be sorted out, and it will be launched successfully," Bhattacharyya told PTI.

While a revised launch date will be announced later, India hopes the Rs 980 crore-mission will be the first to land on the Moon's south pole. It will focus on the lunar surface, searching for water and minerals and measuring moon-quakes, among other things. If successful, India will become the fourth country to make a soft landing on the Moon's surface. Only the US, China and Russia has been able to do so, experts say.

"Our nearest astronomical neighbour, the Moon, serves as an important first step in this journey of cosmic discovery," said IISER professor Dibyendu Nandi. The Pragyan rover is being rolled into the Vikram Lander on the ramp that projects out of its side. Image credit: ISRO

Elements of engineering, software development, instrumentation and telecommunication considerations combine with scientific creativity and the spirit of exploration to drive such missions, he said.

"In its scale and scope, a mission like Chandrayaan-2 is, therefore, a testament to the quality of our science and technology workforce and the know-how and management capabilities within ISRO," Nandi added.

Chandrayaan-2 will be launched by the GSLV Mk-III rocket which will ferry the orbiter, lander and rover to space.

According to the mission plan, the orbiter will be placed at the desired orbit over the Moon from where it will observe and take images of the lunar surface for scientific studies.

The lander Vikram, named after 'father of Indian space' Vikram Sarabhai, will be released from this orbit and plans to make a soft landing in a plane between two craters on the lunar south pole. The lander will carry the rover inside it.

"Each in their own right is a major technological design challenge, with the added complexity that they must all act in unison as an intelligent system for the overall mission to be successful," said Nandi.

After landing and certain scheduled checks to ensure all systems are functioning as planned, the rover nicknamed Pragyan will be released on the surface. The rover can only communicate with the lander Vikram, which is responsible for transmitting science data to the orbiter.

Deep space network will be utilised to communicate between the orbiter and ground stations in India, which will collect science and systems related data relayed from Pragyan and Vikram, the scientists explained. The Vikram lander mounted on top of the Orbiter and will stay there till it comes time to separate to conduct its soft landing. Image credit: ISRO

"In terms of science, this is a very exciting mission with the potential to understand the origin and evolution of the Moon, reconstruct the early solar system environment, and the influence of the Sun's radiation and energetic particles in shaping the composition of the lunar near-surface layers," said Nandi.

Experts said the mission will pave the way for future Indian missions to land on Mars and an asteroid. It will also open up the possibility of India sending astronauts to the Moon. India hopes to carry out a crewed space mission Gaganyaan by 2022.

Chandrayaan-1 detected water molecules on the surface of the Moon in its maiden mission. Chandrayaan-2 is aimed at sampling the water as well as other minerals, Nayak added.

According to mission scientists, global interest in India's low-cost Moon mission is peaking.

In 2014, ISRO successfully put a satellite into orbit around Mars, becoming only the fourth nation to do so. In 2017, India created history by successfully launching 104 satellites on a single mission, overtaking the previous record of 37 satellites launched by Russia.