ISRO PSLV-C43 launch mission: All you need to know about HySIS and the 30 other small satellites onboard

The satellites have capabilities for imaging, communications, IoT & experiments from 9 countries.

Update: ISRO's PSLV-C43 mission successfully launched on 29 November at 9.57 am IST. You can check out the highlights here.


The Indian Space Research Organisation (ISRO) is all prepped and ready to launch its PSLV-C43 mission, which will place our newest Earth observation satellite (HySIS) and 30 other commercial satellites in orbit above our planet. 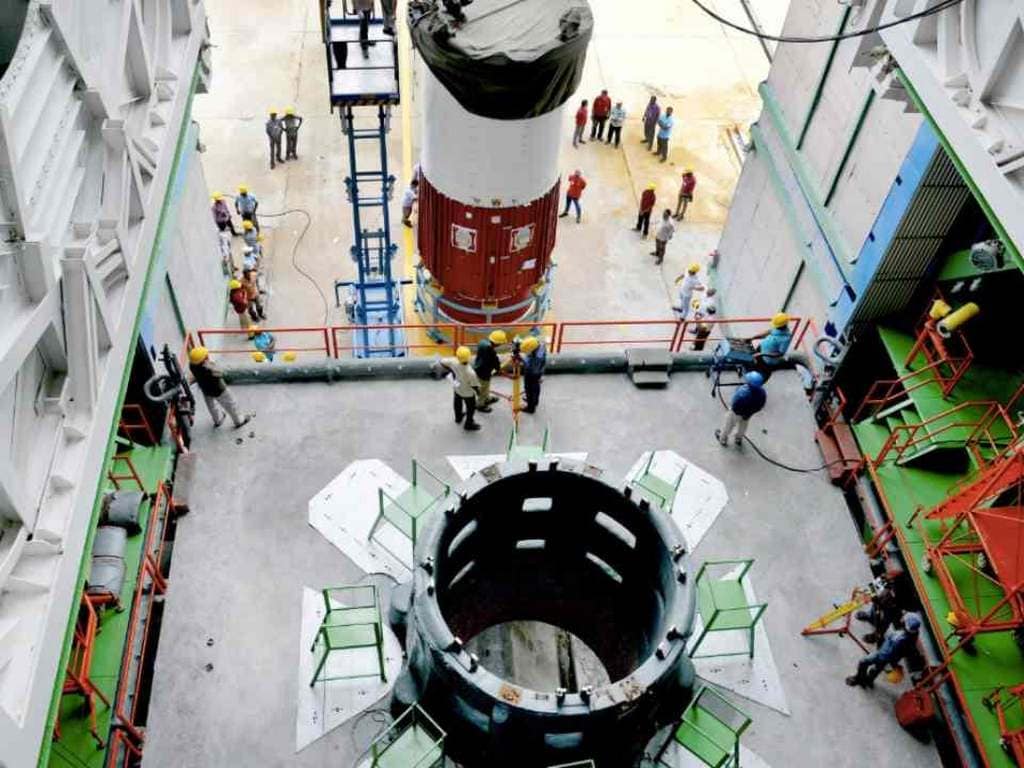 The launch is scheduled for 29 November at 9.57 am IST, give or take a minute.

Update #1#ISROMissions#PSLVC43
Countdown for launch of #PSLVC43 carrying Indian satellite #HysIS and 30 satellites from 8 countries is scheduled at 05:57 (IST) from Satish Dhawan Space Centre, Sriharikota tomorrow. The launch is scheduled at 09:57 (IST) on Nov 29. @PMOIndia pic.twitter.com/dR3oLwbxMI

The satellites will be launched on board the PSLV-C43 rocket – the lightest of the PSLV family of launchers, which doesn't have the added booster engines that the others PSLV variants do.

The PSLV-C43/HySIS mission will mark PSLV's 45th mission overall and the 13th flight of the PSLV-C43 variant.

Here's a look at all the satellites onboard:

ISRO's Hyperspectral Imaging Satellite (HySIS) is an earth-observation satellite that can provide imaging capabilities for a variety of purposes, including agriculture, forestry and assessing geological conditions in coastal zones, inland waterways and land.

The data can also come in handy to the Indian military, ISRO said.

HySIS carries two payloads: one that can capture images in the visible near-infrared (VNIR) range of the light spectrum, and another in the shortwave infrared (SWIR) range.

The satellite is designed to last five years serving ISRO from Earth’s orbit. Hitching a ride with HySIS are 30 other satellites: one microsatellite and 29 nanosatellites from a total of eight different countries.

Here's a look at what these tiny satellites are build for:

Flock 3r: A group of 16 earth observation 'dove' satellites made by Planet Labs, USA will catch a lift to an altitude of 500 kilometres. The 'doves' will join over hundred other actively imaging fleet of doves that provide Planet with earth coverage and imaging capabilities.

A glimpse of what Planet's doves can do:

At 597 feet, India’s Statue of Unity is now the tallest statue in the world and clearly seen from space! Oblique SkySat image captured today, November 15, 2018. pic.twitter.com/FkpVoHJKjw

LEMURs: A group of 4 vessel automatic identification systems (AIS) from Spire, USA. The LEMURs will join its existing constellation of orbiting minisatellites, adding to Spire's capabilities in meteorology and ship-traffic tracking.

We have a long line up of Spire LEMURs to be named. But may we suggest Katherine (Johnson, #Apollo era mathematician) and Robert (Goddard) @richardbranson #lemur #hiddenfigures #rocketfuel https://t.co/C87RpL43wM

Community Initiative for Cellular Earth Remote Observation (CICERO-8): An earth observation satellite built by GeoOptics, USA, CICERO-8 will join existing microsatellites in a constellation that provides data on the earth and its atmosphere to researchers and decision makers.

Global-1: An earth observation satellite built by BlackSky, USA, Global-1 will join its existing companions in a planned network of 60 microsatellites to build on the company's imaging capabilities.

Global-1 can produce 1000 images per day, both in stills and video.

HSAT-1: A space-based remote sensing satellite from Harris Corporation, USA, HSAT-1 will work as test-bed for technology development, collecting images of the Earth and of the satellite's own deployable technology while in orbit.

Centauri: A pathfinder satellites for Australia's Fleet Space Technologies, Centauri is the first in a pair of microsatellites to provide a network for satellite connectivity to the Internet of Things (IoT).

FACSAT: An earth observation satellite built by Fuerza Aérea Colombia (FAC), FACSAT is intended as proof-of-concept satellite to demonstrate the building and working of a nanosatellite.

How did we get from an idea to the satellite to be launched tomorrow to orbit? See the project history in pictures https://t.co/bLVM02mo0y #ReaktorSpace

InnoSAT-2: An earth observation satellite from Malaysia, the InnoSAT-2 is designed to introduce a locally-built satellite bus into orbit.

HIBER-1: An IoT satellite from Netherlands, HIBER-1 is a pathfinder mission for Hiber Global's planned Cubesat network of communications satellites in orbit. The Hiber constellation is intended to grow to 50-strong by 2020, with similar Cubesats designed to provide IoT connectivity to sensors and devices here on Earth.

3Cat-1: A scientific, experiment satellite from Spain carrying instruments to test different technologies as a proof-of-concept to test them in the hostile conditions of space.