ISRO PSLV-C43 HysIS Mission: All you need to know about India’s next satellite launch

This launch will mark PSLV's 45th mission overall and the 13th flight of the lightest PSLV variant.

The Indian Space Research Organisation (ISRO) is all prepped and ready for the launch of its PSLV-C43 mission, which will place our newest Earth observation satellite (HysIS) and 30 other commercial satellites in orbit above our planet.

The launch is scheduled for 29 November at 9.57 am IST, give or take a minute.

Update #1#ISROMissions#PSLVC43
Countdown for launch of #PSLVC43 carrying Indian satellite #HysIS and 30 satellites from 8 countries is scheduled at 05:57 (IST) from Satish Dhawan Space Centre, Sriharikota tomorrow. The launch is scheduled at 09:57 (IST) on Nov 29. @PMOIndia pic.twitter.com/dR3oLwbxMI

The satellites will be launched on board the PSLV-C43 rocket – the lightest of the PSLV family of launchers, which doesn't have the added booster engines that the others PSLV variants do.

The PSLV-C43/HySIS mission will mark PSLV's 45th mission overall and the 13th flight of the PSLV-C43 rocket. 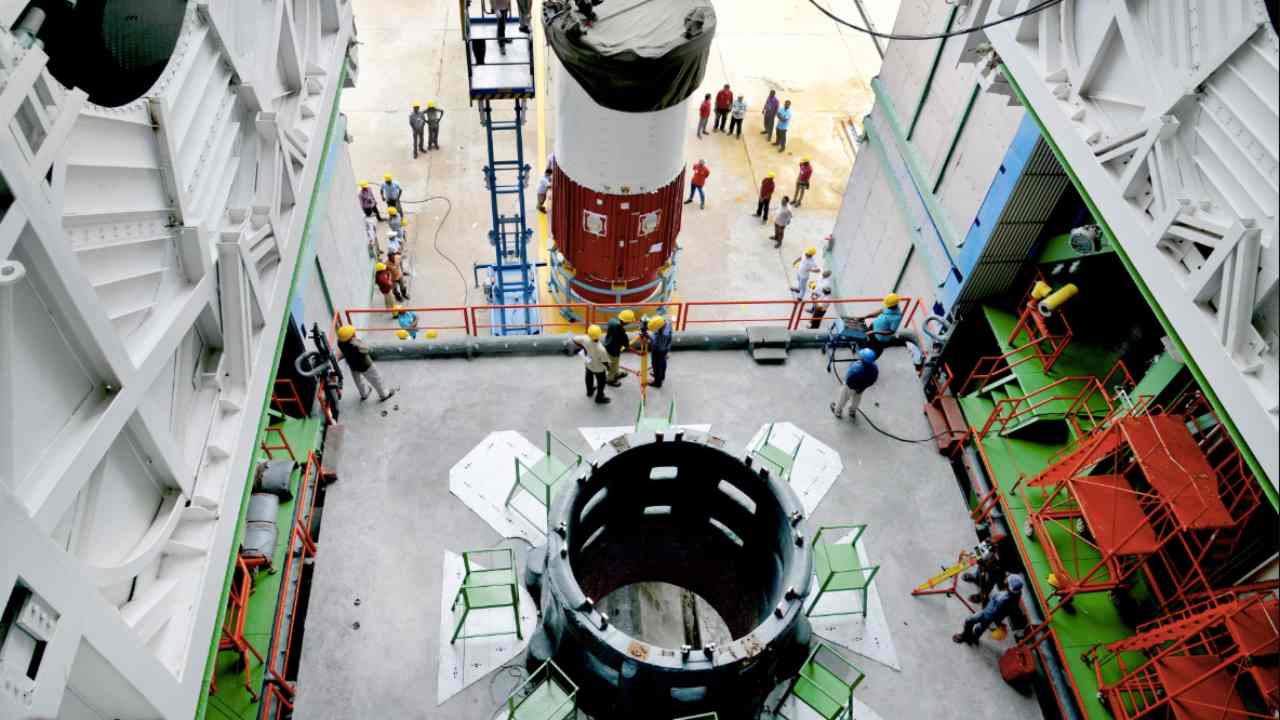 The launch will take place from the agency's First Launch Pad (FLP) at the Satish Dhawan Space Centre (SDSC) in Sriharikota, Andhra Pradesh.

In a 112 minute-long mission, the PSLV-C43 will lift off from its Sriharikota launchpad, release ISRO's HySIS (Hyperspectral Imaging Satellite) at an altitude of 640 kilometres, and then descend to release the other 30 satellites at 504 kilometres in two batches.

Here's all you wanted to know about tomorrow's #PSLVC43 launch.

Hyperspectral Imaging Satellite (HySIS) is an earth-observation satellite that can provide ISRO imaging capabilities for a variety of purposes, including agriculture, forestry and assessing geological conditions in coastal zones, waterways and inland.

The data can also come in handy to the Indian military, ISRO said in a press release. HySIS carries two payloads: one to capture images in the visible near-infrared (VNIR) range of the light spectrum, and another in the shortwave infrared (SWIR) range.

HySIS is designed to last five years while serving ISRO from Earth’s orbit.

Also along for the ride are 30 other smaller satellites: one microsatellite and 29 nanosatellites from eight different countries. These have been contracted from America (23), Australia (1), Canada (1), Columbia (1), Finland (1), Malaysia (1), Netherlands (1) and Spain (1) by ISRO's commercial arm, Antrix.

These smaller companions are a mix of satellites for earth observation, communication, Internet of things (IoT) and scientific experiments from various countries.