Within 300 kilometres east of the crater is the site where the Apollo 17 and Luna 21 missions had landed.

The Indian Space Research Organisation's (ISRO) Chandrayaan 2 orbiter has captured a photograph of the Sarabhai Crater on the Moon. The image was captured on 30 July 2020 using the orbiter's Terrain Mapping Camera–2 (TMC-2) instrument.

The photograph of the Sarabhai crater, named after the ISRO's founder Dr Vikram Ambalal Sarabhai, was released on 12 July 2020 in honour of his 101st birth anniversary. Dr Sarabhai is considered the founding father of ISRO, and popularly remembered as 'the father of India’s space program.'

A rare combination of scientist, innovator, industrialist and visionary, Sarabhai is an Indian astrophysicist and the Founder of Physical Research Laboratory as well as a distinguished cosmic-ray and space scientist. 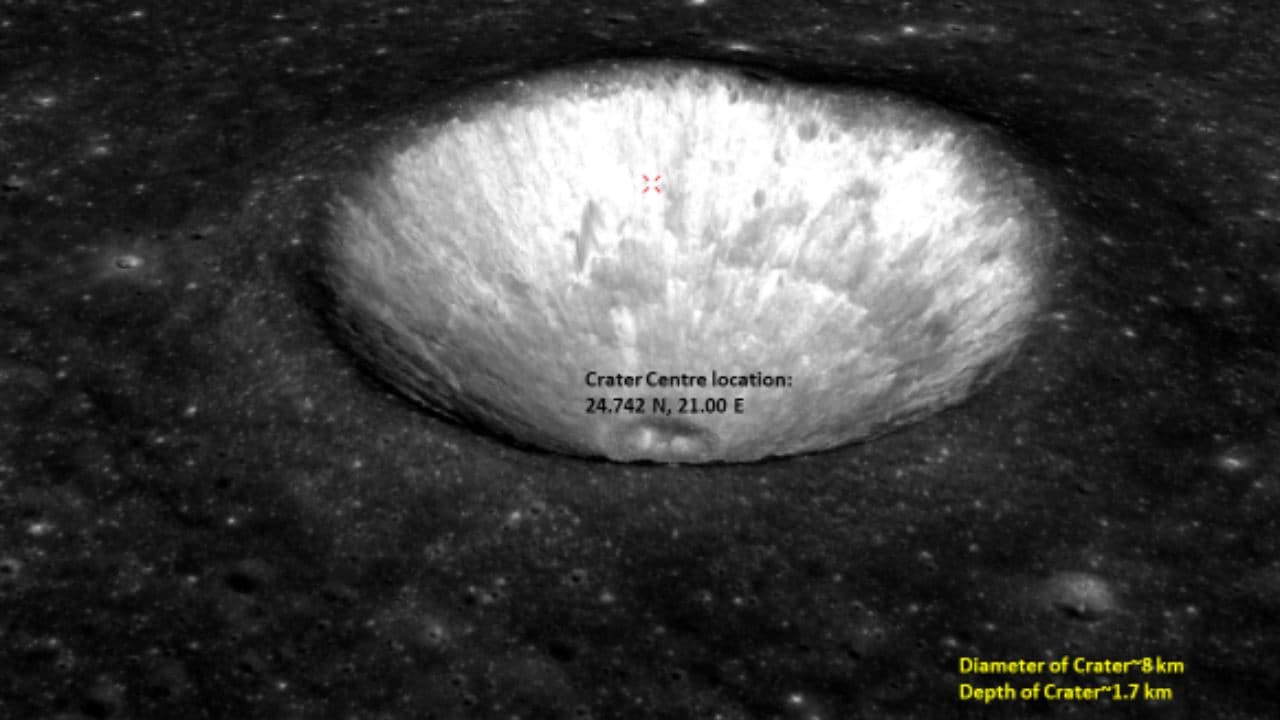 The Sarabhai crater is eight kilometres in diameter, and located in the Mare Serenitatis in the Northeast quadrant of the Moon. The crater was previously known as Bessel A. Using the Digital Elevation Model (DEM) and 3D view of the crater created from TMC-2 images, ISRO found that the crater is 1.7 kilometres deep.

According to an ISRO statement, around 250-300 kilometres east of the Crater is the site where the Apollo 17 and Luna 21 missions had landed.

The crater's outer region is dominated by numerous smaller craters of various sizes and is distributed over the flat Mare plains, as per a statement released by ISRO. There are no larger craters that have a diameter more than 10 kilometres in the 100 kilometre area around the Sarabhai crater.

The Mare Serenitatis is one of the lunar maria which are vast lava plains on the moon that were formed between 3.9 and 3.8 thousand million years ago, according to the European Space Agency. It was during this period when the Moon was heavily bombarded by asteroids and the major impact basins on the Moon were formed. This was followed by an episode of lunar volcanism that flooded the basin with basalt creating a fresh and flat surface. Later smaller impacts created the craters that can be seen today.

The Sarabhai crater is an 'excellent example' to study the impact process of the Mare Serenitatis, the Indian space agency said, since it has defining features like a raised rim, gradient inner walls and the small hummocky floor.

Raining Lava: How Hawaii's Mauna Loa volcano eruption is different from the others