The satellite is designed to serve children from across the country to “observe the Earth”.

Three youngsters from an Israeli school will travel to India next week to launch a satellite — Duchifat 3 — designed and built by them aboard PSLV C48 from ISRO’s Sriharikota launch site.

Alon Abramovich, Meitav Assulin and Shmuel Aviv Levi, all 17 to 18 years old, are students of Sha’ar HaNegev High school in Israel’s southern region. They will be leaving for India on the evening of 9 December while the satellite launch is on 11 December.

Duchifat 3 is the third in the series of Israeli student-made satellites. 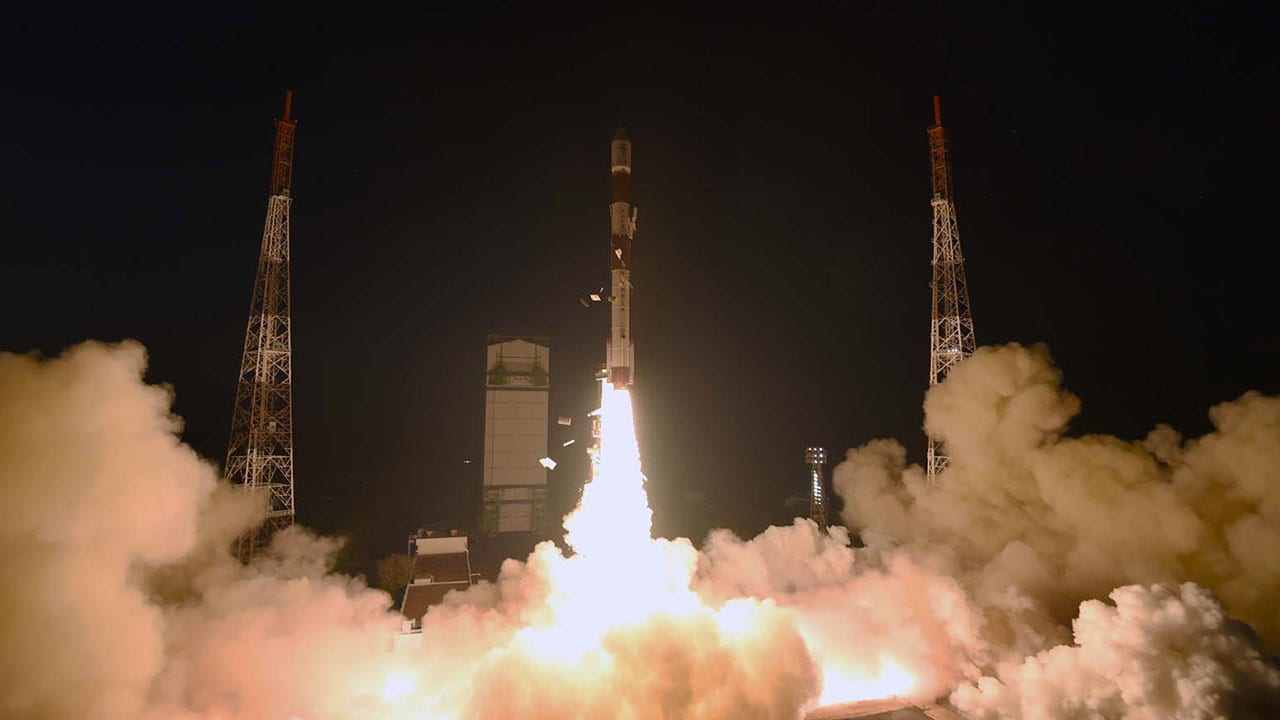 `Israeli satellite Duchifat will be sent up to space on ISRO's PSLV-C48. Image: ISRO

Jointly built by Herzliya Science Center and Sha’ar HaNegev High School students, the satellite is designed to serve children from across the country to “observe the Earth”.

“It is a photo satellite used for ecological research of Earth from space. The size of the satellite is 10x10x30 cm (3U) and it weighs 2.3 kg. The students worked for almost two and a half years to build it. The satellite will be of good help to agriculturists,” one of the donors for the project and head of ICA Foundation Zeev Miller told PTI.

“Sha’ar HaNegev High School is just about a kilometre from the Gaza border. We proposed that the students get involved in something innovative that would also be of interest to them. We realised that it was not the first such student’s project in Israel but it was still worth it, and could actually lead to a collaborative exercise among students from various parts of the country. These students could learn from past experience to create something better,” Mr Miller said.

“The students’ work included satellite planning, writing the airborne and ground software and testing it for satellite launch,” he noted, adding, “it is the high school students who were at the centre of the whole project. The elders were more in a consultative role”.

“Duchifat 3 will be a remote sensing satellite through which students from all schools in the country will be able to experiment and carry through Earth observation. The satellite is a platform for ecological studies such as air pollution, water source pollution, forest monitoring, and more”, Mr Miller said.

This is #Duchifat_3 our third satellite. It will be a remote sensing satellite that will give students around Israel the opportunity to conduct ecological research from space pic.twitter.com/igDcVLIFEi

“The students found creative solutions given the budgetary constraints to deal with various issues such as data transfer. They have created a satellite image processing mechanism, which includes selecting the relevant images, compressing them and sending them to Earth, as well as helping experts in Israel and around the world to build appropriate communication systems and software for managing satellite and ground information,” he stressed.

“We were a group of 60 students — 50 from the Herzliya Science Centre and 10 from my school — and it was an immensely important lesson in collaboration and managing a team like a big company. We were left to take all key decisions and had to manage all communication with suppliers and everybody else in the chain”, the high school student said.

Alon, aware of India's success story in the field of space research, expressed hope that he and his friends get a tour of the ISRO's Sriharikota facility and learn new things. A fourth student from England will also be joining the delegation from Israel in India. ICA, supported by Baron Maurice de Hirsch, has been active for almost 130 years and is currently headed by Sir Stephen Waley Cohen. It has been promoting educational, agricultural and tourism projects in the Galilee and Negev region of Israel.

India was chosen for the launch because of the “success enjoyed” by its space programme and “also the close relations between the two countries”, Mr Miller said.

“I hope this launch and subsequent interactions will lead to students from India and Israel coming closer. I would be happy to see them collaborate together on other scientific projects. We are already looking at projects where students will be building aeroplanes and submarines”, he said.

The three Israeli students will be accompanied by their teacher Ram Tamir.