The difference between 1.5°C and 2°C of heating is important for the poles, which warms faster than the global average.

The Intergovernmental Panel on Climate Change (IPCC) – the UN body responsible for communicating the science of climate breakdown – has released its long-awaited Special Report on the Ocean and Cryosphere in a Changing Climate.

Based on almost 7,000 peer-reviewed research articles, the report is a cutting-edge crash course in how human-caused climate breakdown is changing our ice and oceans and what it means for humanity and the living planet. In a nutshell, the news isn’t good. 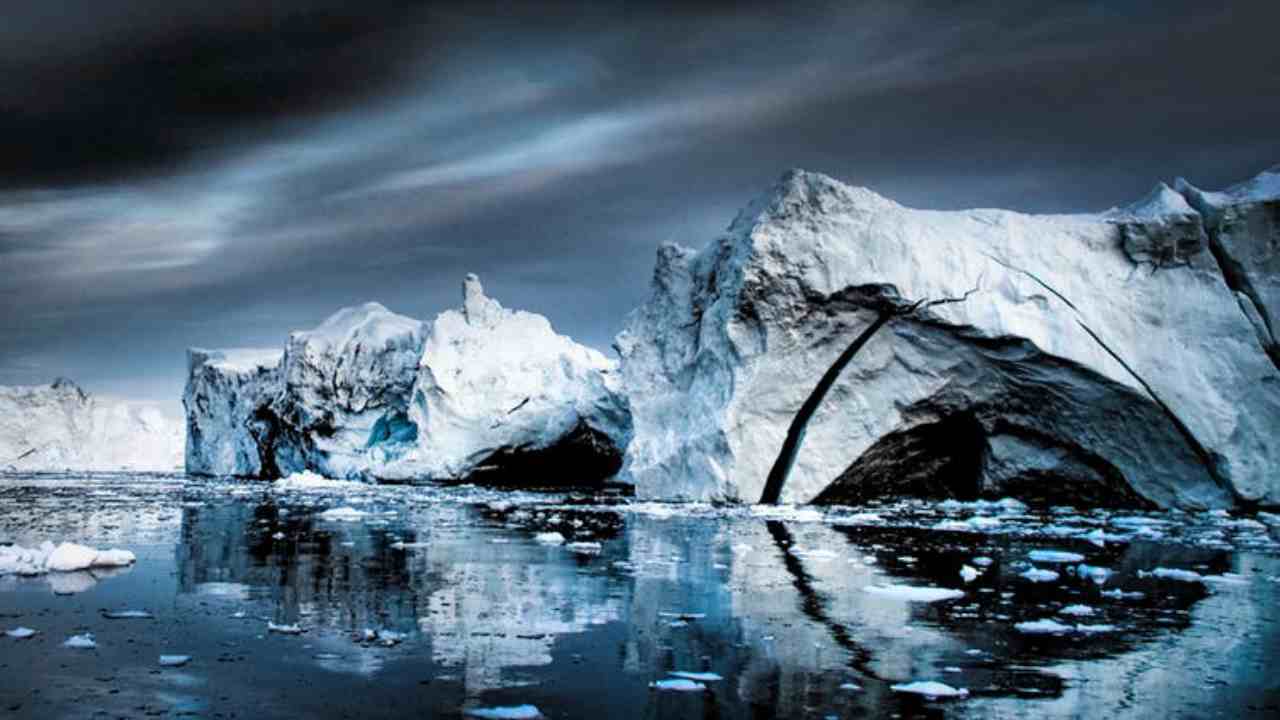 Most of us rarely come into contact with the cryosphere, but it is a critical part of our climate system. The term refers to the frozen parts of our planet – the great ice sheets of Greenland and Antarctica, the icebergs that break off and drift in the oceans, the glaciers on our high mountain ranges, our winter snow, the ice on lakes and the polar oceans, and the frozen ground in much of the Arctic landscape called permafrost.

The cryosphere is shrinking. Snow cover is reducing, glaciers and ice sheets are melting and permafrost is thawing. We’ve known this for most of my 25-year career, but the report highlights that melting is accelerating, with potentially disastrous consequences for humanity and marine and high mountain ecosystems.

At the moment, we’re on track to lose more than half of all the permafrost by the end of the century. Thousands of roads and buildings sit on this frozen soil – and their foundations are slowly transitioning to mud. Permafrost also stores almost twice the amount of carbon as is present in the atmosphere. While increased plant growth may be able to offset some of the release of carbon from newly thawed soils, much will be released to the atmosphere, significantly accelerating the pace of global heating.

Sea ice is declining rapidly, and an ice-free Arctic ocean will become a regular summer occurrence as things stand. Indigenous peoples who live in the Arctic are already having to change how they hunt and travel, and some coastal communities are already planning for relocation. Populations of seals, walruses, polar bears, whales and other mammals and sea birds who depend on the ice may crash if sea ice is regularly absent. And as water in its bright-white solid form is much more effective at reflecting heat from the sun, its rapid loss is also accelerating global heating. About 250,000 cubic meters of ice (highlighted in yellow) are at imminent risk of collapse from the Planpincieux glacier along the Italian side of the Mont Blanc massif. Italian authorities have closed roads and evacuated mountain huts. image credit: Courmayeur Press Office/EPA

Glaciers are also melting. If emissions continue on their current trajectory, smaller glaciers will shrink by more than 80 percent by the end of the century. This retreat will place increasing strain on the hundreds of millions of people globally who rely on glaciers for water, agriculture, and power. Dangerous landslides, avalanches, rockfalls and floods will become increasingly normal in mountain areas.

All this melting ice means that sea levels are rising. While seas rose globally by around 15cm during the 20th century, they’re now rising more than twice as fast –- and this rate is accelerating.

Thanks to research from myself and others, we now better understand how Antarctica and Greenland’s ice sheets interact with the oceans. As a result, the latest report has upgraded its long-term estimates for how much sea level is expected to rise. Uncertainties still remain, but we’re headed for a rise of between 60 and 110cm by 2100.

Of course, sea level isn’t static. Intense rainfall and cyclones – themselves exacerbated by climate breakdown – can cause water to surge metres above the normal level. The IPCC’s report is very clear: these extreme storm surges we used to expect once per century will now be expected every year by mid-century. In addition to rapidly curbing emissions, we must invest millions to protect at-risk coastal and low-lying areas from flooding and loss of life.

Up to now, the ocean has taken up more than 90 percent of the excess heat in the global climate system. Warming to date has already reduced the mixing between water layers and, as a consequence, has reduced the supply of oxygen and nutrients for marine life. By 2100 the ocean will take up five to seven times more heat than it has done in the past 50 years if we don’t change our emissions trajectory. Marine heatwaves are also projected to be more intense, last longer and occur 50 times more often. To top it off, the ocean is becoming more acidic as it continues to absorb a proportion of the carbon dioxide we emit. Collectively, these pressures place marine life across the globe under unprecedented threat. Some species may move to new waters, but others less able to adapt will decline or even die out. This could cause major problems for communities that depend on local seafood. As it stands, coral reefs – beautiful ecosystems that support thousands of species – will be nearly totally wiped out by the end of the century.

While the document makes some striking statements, it is actually relatively conservative with its conclusions – perhaps because it had to be approved by the 195 nations that ratify the IPCC’s reports. Right now, I would expect that sea-level rise and ice melt will occur faster than the report predicts. Ten years ago, I might have said the opposite. But the latest science is painting an increasingly grave picture for the future of our oceans and cryosphere – particularly if we carry on with “business as usual”.

The difference between 1.5°C and 2°C of heating is especially important for the icy poles, which warm much faster than the global average. At 1.5°C of warming, the probability of an ice-free September in the Arctic ocean is one in 100. But at 2°C, we’d expect to see this happening about one-third of the time. Rising sea levels, ocean warming and acidification, melting glaciers, and permafrost also will also happen faster – and with it, the risks to humanity and the living planet increase. It’s up to us and the leaders we choose to stem the rising tide of climate and ecological breakdown.