Interstellar got it wrong: Wormholes would be slower than direct routes, says study

Wormholes have been theorized. Even if they really exist, they may not be much use for space travel.

Wormholes — popularised by the 2014 sci-fi film Interstellar as 'shortcuts' to distant points in space and time — may actually exist. But pan-galactic travel through these portals would be slower than taking a direct route, according to a Harvard study.

While they have been objects of interest for scientists and science fiction writers alike, whether wormholes actually exist remains to be seen.

Daniel Jafferis, from Harvard University in the US, has shown although that wormholes can exist, it is not useful for humans to travel through.

"It takes longer to get through these wormholes than to go directly, so they are not very useful for space travel," Jafferis said in a statement.

Despite his pessimism for pan-galactic travel, he said that finding a way to construct a wormhole through which light could travel was a boost in the quest to develop a theory of quantum gravity.

"The real import of this work is in its relation to the black hole information problem and the connections between gravity and quantum mechanics," Jafferis said.

The theory was inspired when Jafferis began thinking about two black holes that were entangled on a quantum level.

Although this means the direct connection between the black holes is shorter than the wormhole connection — and therefore the wormhole travel is not a shortcut — the theory gives new insights into quantum mechanics.

"From the outside perspective, travel through the wormhole is equivalent to quantum teleportation using entangled black holes," Jafferis said. 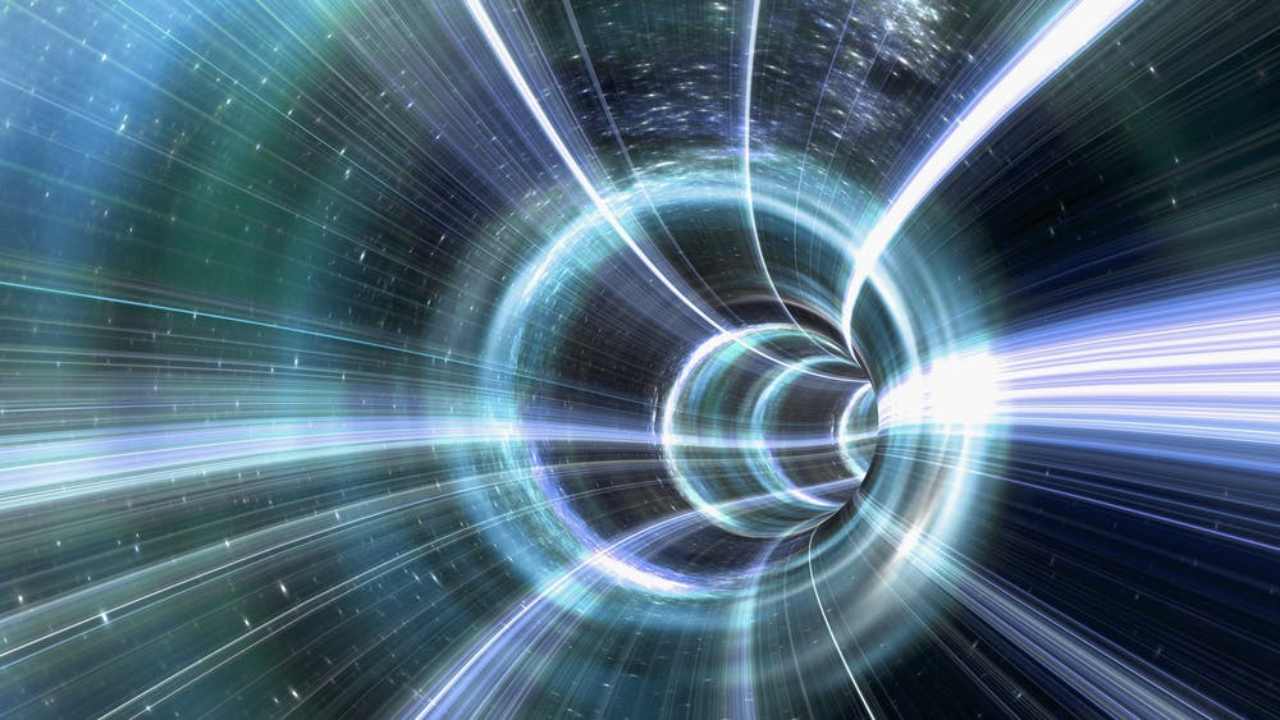 An artist's illustration of a wormhole.

Jafferis based his theory on a setup first devised by Einstein and physicist Nathan Rosen in 1935, consisting of a connection between two black holes. The term wormhole was coined in 1957.

Since the wormhole is traversable, Jafferis said, it was a special case in which information could be extracted from a black hole.

"It gives a causal probe of regions that would otherwise have been behind a horizon, a window to the experience of an observer inside a spacetime, that is accessible from the outside," said Jafferis.

To date, a major stumbling block in formulating traversable wormholes has been the need for negative energy, which seemed to be inconsistent with quantum gravity.

However, Jafferis has overcome this using quantum field theory tools.

"I think it will teach us deep things about the gauge/gravity correspondence, quantum gravity, and even perhaps a new way to formulate quantum mechanics," Jafferis said.