NSF’s Inouye Solar Telescope is located on the island of Maui in Hawaiʻi. Construction began in 2013 and is slated to be completed in 2021.

The US National Science Foundations' Daniel K Inouye Solar Telescope captured and recently released the first-ever image of a sunspot that was taken on 28 January 2020. According to a statement by the National Solar Observatory, even though the telescope is still in phases of completion, the image is an indication of how the telescope's advanced optics and four-metre primary mirror gives scientists the best view of the Sun from Earth throughout the next solar cycle.

The statement adds that the sunspot image accompanies a new paper by Dr Thomas Rimmele and his team. The paper is the first in a series of articles featured in the journal Solar Physics and details the optics, mechanical systems, instruments, operational plans and scientific objectives of the Inouye Solar Telescope. 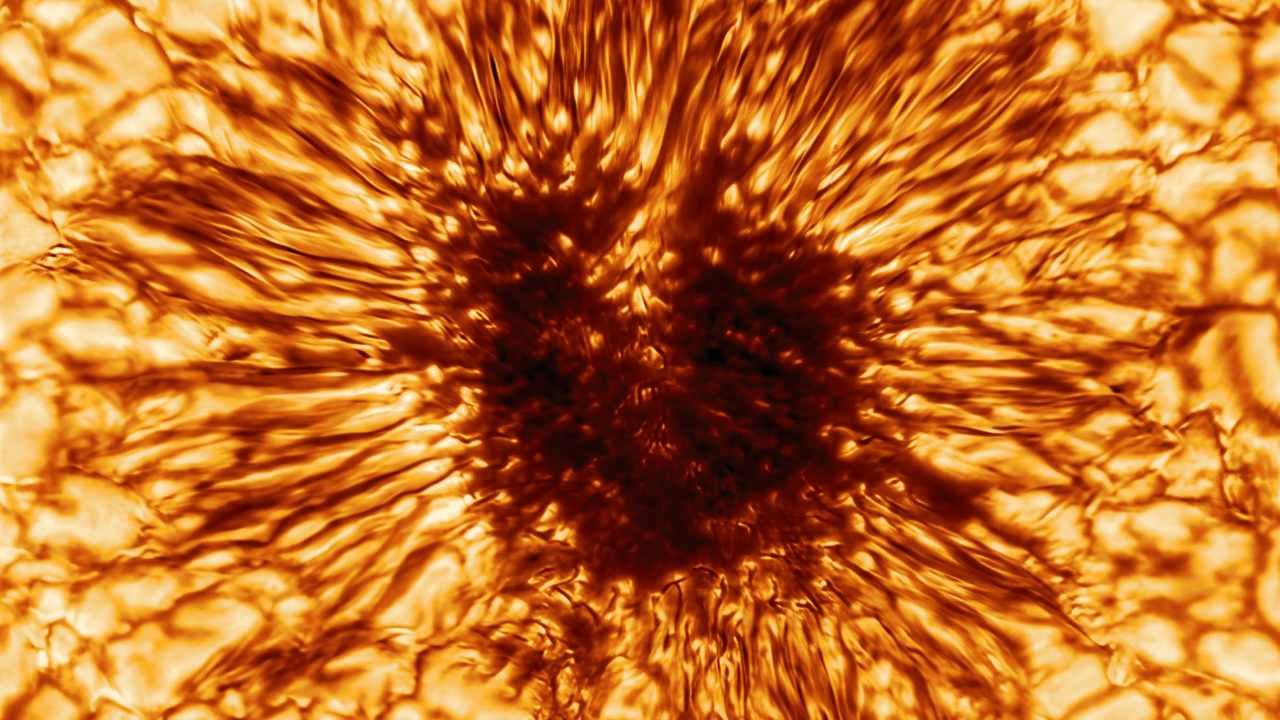 This is the first sunspot image taken on January 28, 2020 by the NSF’s Inouye Solar Telescope’s Wave Front Correction context viewer. The image reveals striking details of the sunspot’s structure as seen at the Sun’s surface. Image credit:NSO/AURA/NSF

Speaking about the image, Dr Thomas Rimmele said that the sunspot image achieves a spatial resolution about 2.5 times higher than what was recorded earlier, showing magnetic structures as small as 20 kilometres on the surface of the sun.

The image showcases intricate details of the sunspot's structure as seen at the Sun's surface. Measuring at about 16,093 km (10,000 miles) across, it is just a tiny part of the Sun but is large enough for the entire Earth to comfortably fit inside.

As per the statement, the streaky appearance of hot and cool gas spiralling out from the dark centre is the result of sculpting by a convergence of intense magnetic fields and hot gasses boiling up from below.

The sunspot was one of the first of the new solar cycles, with Dr Matt Mountain, president of the Association of Universities for Research in Astronomy (AURA) stating that one can now point the world’s most advanced solar telescope at the Sun to capture and share incredibly detailed images and add to our scientific insights about the Sun’s activity.

NSF’s Inouye Solar Telescope is located on the island of Maui in Hawaiʻi. Construction began in 2013 and is slated to be completed in 2021.