Six eminent scientists, including those from MIT, Harvard and Stanford universities, were awarded the Infosys Prize 2020 on Wednesday for their outstanding contributions to research and innovation.

The annual award includes a pure gold medal, a citation and a prize purse worth USD 100,000 or its equivalent in the Indian rupees, the Infosys Science Foundation (ISF) said.

A panel of accomplished jurors comprising renowned scholars and professors shortlisted this year's winners from among 257 nominations. 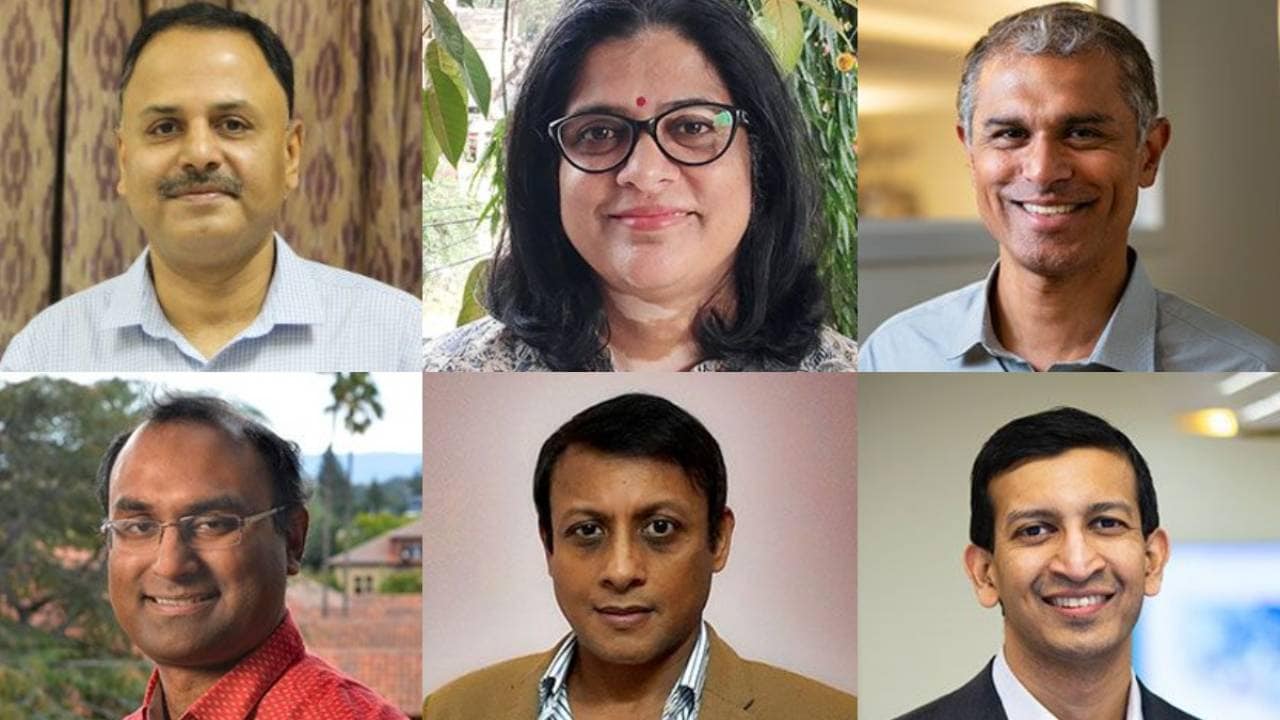 "The Infosys Prize contributes to this mission in India by honouring the best scientists and researchers, whose work has the potential to improve our world," Murthy said.

Winners of the Infosys Prize 2020:
Raj Chetty
Sourav Chatterjee
Hari Balakrishnan
Prachi Deshpande
Rajan Shankaranarayanan
Arindam Ghosh
Congratulations to them for their imagination & creativity. In the long-run a nation’s progress depends on little other than these qualities.

The Infosys Prize 2020 for Life Sciences was awarded to Rajan Sankaranarayanan from the Centre for Cellular and Molecular Biology (CCMB), Hyderabad for fundamental contributions towards understanding one of the most basic mechanisms in biology, the error-free translation of the genetic code to make protein molecules.

Sankaranarayanan's work has potential applications in the design of drugs such as antibiotics and immunosuppressants.

"Most of the biological processes occurring in a living cell, from the simplest of bacteria all the way to humans, are carried out by proteins. These are long polymers made out of very basic building blocks known as amino acids linked together like a chain of beads, as dictated by the genetic code, Sankaranarayanan told PTI.

"This chain then folds to form specialised molecular machines that carry out specific cellular tasks like metabolic reactions, regulation of genes, providing defence against pathogens, transporting cargo etc. Therefore, life depends heavily on the way the amino acids are assembled to form proteins," he explained.

The prize in the Engineering and Computer Science category was given to Professor Hari Balakrishnan from Massachusetts Institute of Technology (MIT), US for his broad contributions to computer networking, and his seminal work on mobile and wireless systems.

According to ISF, Balakrishnan's commercial use of mobile telematics can improve driver behaviour and make roads safer.

In Humanities, Prachi Deshpande from the Centre for Studies in Social Sciences (CSSS), Kolkata was awarded for her nuanced and sophisticated treatment of South Asian historiography.

The #InfosysPrize2020 in Humanities goes to Dr. Prachi Deshpande from Centre for Studies in Social Sciences, Kolkata.
You can watch the live stream here: https://t.co/gCB12Q5ej3 pic.twitter.com/x4yZ22uqSa

Deshpande's book Creative Pasts' and many articles provide fine insight into the evolution of modern history writing in Maharashtra from the Maratha period onwards, and offer a novel perspective on the history of Western India, ISF said.

In the field of Mathematical Sciences, the prize was awarded to Professor Sourav Chatterjee from Stanford University in the US for his groundbreaking work in probability and statistical physics.

The #InfosysPrize2020 in Mathematical Sciences goes to Prof. Sourav Chatterjee from @Stanford.
You can watch the live stream here: https://t.co/gCB12Q5ej3 pic.twitter.com/0v1IS5DCTp

According to the jury, Chatterjee's collaborative work has played a critical role in areas such as the emerging body of work on large deviations for random graphs.

The award in the Physical Sciences category went to Professor Arindam Ghosh from the Indian Institute of Science (IISc), Bangalore for his development of atomically thin two-dimensional semiconductors to build a new generation of functional electronic, thermoelectric and optoelectronic devices.

The #InfosysPrize2020 in Physical Sciences goes to Prof. Arindam Ghosh from @iiscbangalore.

Ghosh's creation of a new platform for light-matter interaction impacts quantum technologies and sensing in a fundamental way, according to the jury.

The prize for Social Sciences field was awarded to Professor Raj Chetty from Harvard University, US for his pioneering research in identifying barriers to economic opportunity, and for developing solutions that help people escape poverty towards improved life outcomes.

The #InfosysPrize2020 for Social Sciences goes to Prof. Raj Chetty from @Harvard, @OppInsights.

Chetty's research and extraordinary ability to discern patterns in large data have the potential to induce major shifts in the discipline of Economics, ISF said.

The Infosys Prize has a history of awarding exceptional talent, some of whom have also earned prestigious international honours like the Nobel Memorial Prize in Economic Sciences, the Fields Medal and the Padma Shri.