Sceptics of the notion that the coronavirus spreads through the air — including many expert advisers to the World Health Organization — have held out for one missing piece of evidence: proof that floating respiratory droplets called aerosols contain live virus and not just fragments of genetic material.

Now a team of virologists and aerosol scientists has produced exactly that: confirmation of infectious virus in the air.

“This is what people have been clamoring for,” said Linsey Marr, an expert in airborne spread of viruses who was not involved in the work. “It’s unambiguous evidence that there is infectious virus in aerosols.”

A research team at the University of Florida succeeded in isolating live virus from aerosols collected at a distance of seven to 16 feet (4.9 metres) from patients hospitalized with COVID-19 — farther than the 6 feet (1.83 m) recommended in social distancing guidelines.

The findings, posted online last week, have not yet been vetted by peer review but have already caused something of a stir among scientists. “If this isn’t a smoking gun, then I don’t know what is,” Marr tweeted last week.

But some experts said it still was not clear that the amount of virus recovered was sufficient to cause infection.

The research was exacting. Aerosols are minute by definition, measuring only up to 5 micrometers across; evaporation can make them even smaller. Attempts to capture these delicate droplets usually damage the virus they contain.

“It’s very hard to sample biological material from the air and have it be viable,” said Shelly Miller, an environmental engineer at the University of Colorado Boulder who studies air quality and airborne diseases.

“We have to be clever about sampling biological material so that it is more similar to how you might inhale it.”

Previous attempts were stymied at one step or another in the process. For example, one team tried using a rotating drum to suspend aerosols and showed that the virus remained infectious for up to three hours. But critics argued that those conditions were experimental and unrealistic.

Other scientists used gelatin filters or plastic or glass tubes to collect aerosols over time. But the force of the air shrank the aerosols and sheared the virus. Another group succeeded in isolating live virus but did not show that the isolated virus could infect cells.

In the new study, researchers devised a sampler that uses pure water vapour to enlarge the aerosols enough that they can be collected easily from the air. Rather than leave these aerosols sitting, the equipment immediately transfers them into a liquid rich with salts, sugar and protein, which preserves the pathogen. 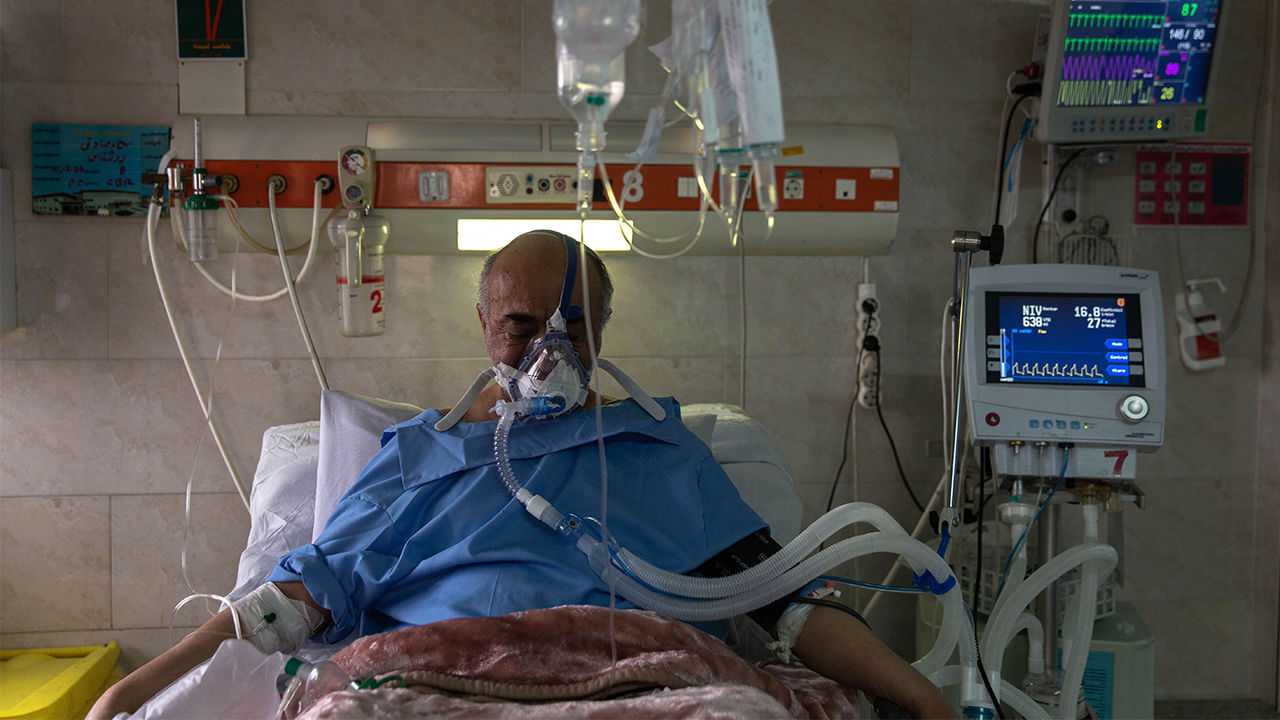 The researchers had previously used this method to sample air from hospital rooms. But in those attempts, other floating respiratory viruses grew faster, making it difficult to isolate the coronavirus.

This time, the team collected air samples from a room in a ward dedicated to COVID-19 patients at the University of Florida Health Shands Hospital. Neither patient in the room was subject to medical procedures known to generate aerosols, which the WHO and others have contended are the primary source of airborne virus in a hospital setting.

The team used two samplers, one about 7 feet (2.13 m) from the patients and the other about 16 feet (4.88 metres) from them. The scientists were able to collect virus at both distances and then to show that the virus they had plucked from the air could infect cells in a lab dish.

The genome sequence of the isolated virus was identical to that from a swab of a newly admitted symptomatic patient in the room.

The room had six air changes per hour and was fitted with efficient filters, ultraviolet irradiation and other safety measures to inactivate the virus before the air was reintroduced into the room.

That may explain why the researchers found only 74 virus particles per litre of air, said John Lednicky, the team’s lead virologist at the University of Florida. Indoor spaces without good ventilation — such as schools — might accumulate much more airborne virus, he said.

But other experts said it was difficult to extrapolate from the findings to estimate an individual’s infection risk.

“I’m just not sure that these numbers are high enough to cause an infection in somebody,” said Angela Rasmussen, a virologist at Columbia University in New York.

“The only conclusion I can take from this paper is you can culture viable virus out of the air,” she said. “But that’s not a small thing.” Even though children appear less likely to get infected than adults and less likely to become seriously ill when they do, severe cases and deaths have occurred. Image credit: AP

Several experts noted that the distance at which the team found virus is much farther than the 6 feet (1.83 m) recommended for physical distancing.

“We know that indoors, those distance rules don’t matter anymore,” Schofield said. It takes about five minutes for small aerosols to traverse the room even in still air, she added.

The 6-foot minimum is “misleading, because people think they are protected indoors, and they’re really not,” she said.

That recommendation was based on the notion that “large ballistic cannonball-type droplets” were the only vehicles for the virus, Marr said. The more distance people can maintain, the better, she added.

The findings should also push people to heed precautions for airborne transmission like improved ventilation, said Seema Lakdawala, a respiratory virus expert at the University of Pittsburgh.

“We all know that this virus can transmit by all these modes, but we’re only focusing on a small subset,” Lakdawala said.

She and other experts noted one strange aspect of the new study. The team reported finding just as much viral RNA as they did infectious virus, but other methods generally found about 100-fold more genetic matter.

“When you do nasal swabs or clinical samples, there is a lot more RNA than infectious virus,” Lakdawala said.

Lednicky has received emails and phone calls from researchers worldwide asking about that finding. He said he would check his numbers again to be sure.

But ultimately, he added, the exact figures may not matter. “We can grow the virus from air — I think that should be the important take-home lesson,” he said.