The "infant magnetar", as a NASA release on the oddity calls it, was born from an exploded star – a family of extreme cosmic objects called neutron stars. It has been named Swift J1818.0-1607, as per a recent study published about it in the Astrophysical Journal Letters.

The 240-year-old infant has a magnetic field up to 1,000 times stronger than a typical neutron star and about 100 million times stronger than the most powerful magnets made by humans. It was spotted by NASA's Neil Gehrels Swift Observatory on 12 March, when it was seen releasing a massive burst of X-rays. An illustration of magnetic field lines from a highly magnetic neutron star, or a dense nugget left over after a star explodes. Called magnetars, these objects generate bright bursts of light that might be powered by their strong magnetic fields. Image: ESA

European Space Agency's XMM-Newton Observatory and NASA's NuSTAR telescope did some follow up studies to decipher the neutron star's physical characteristics, including its age.

According to a SciTech Daily report, neutron stars are some of the densest objects in the universe – a teaspoon of neutron star material expected to weigh a whopping 4 billion tonnes on Earth. Atoms inside the neutron star are so tightly packed together that they behave in ways that are not observed in any other material, the report adds.

Swift J1818.0−1607 has twice the mass of our Sun, packed into a volume that is over one trillion times smaller.

Speaking about the discovery, lead author Paolo Esposito of the University School for Advanced Studies IUSS Pavia, Italy said that Swift J1818.0−1607 lies around 15,000 light-years away, in the Milky Way galaxy. 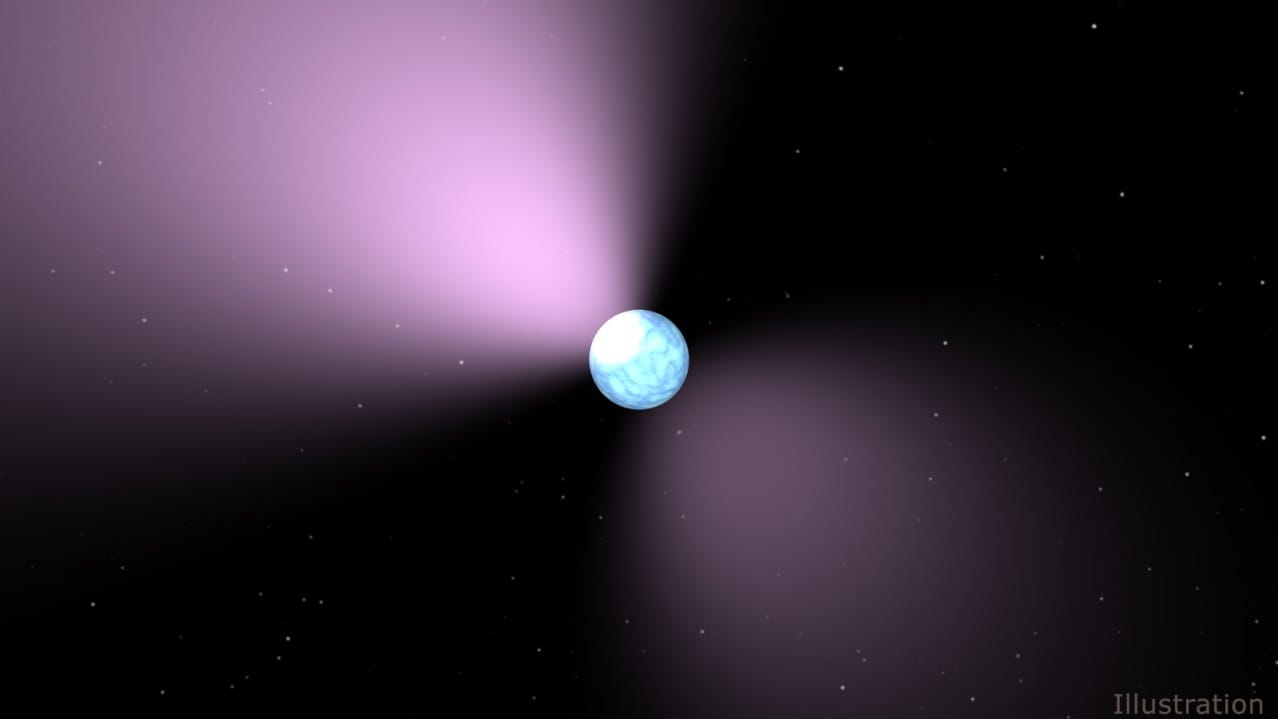 The infant magnetar is one of 5 known radio pulsars, which are like lighthouses, whose light appears in regular pulses as it rotates. Image: NASA/JPL-Caltech

“Spotting something so young, just after it formed in the Universe, is extremely exciting. People on Earth would have been able to see the supernova explosion that formed this baby magnetar around 240 years ago, right in the middle of the American and French revolutions," Esposito added in a statement released by the European Space Agency.

This means that the object is showing an earlier time in a magnetar's life than ever seen before, the NASA release said.

Nanda Rea, a researcher at the Institute of Space Sciences in Barcelona and principal investigator added, "Maybe if we understand the formation story of these objects, we'll understand why there is such a huge difference between the number of magnetars we've found and the total number of known neutron stars."