Water quality is relatively better in this region that upstream, but pollution dangers remain: Researcher.

A census of wildlife in a 1,000-kilometre stretch of the Ganga and its two tributaries in Bihar indicates a "thriving" population of Gangetic river dolphins in the region.

Some experts have called it a sign of a "healthy river ecosystem" since the threatened dolphin species is known to survive in a clean, freshwater environment. Their numbers have increased significantly since 2009, when the Gangetic dolphin was declared India's National Aquatic Animal.

Good news for India's river dolphin population...or is it? @wti_org_india & Zoological Survey of India found record number of Gangetic dolphins in their census. Is Ganga really healthy or is the data inaccurate? @woman_rednow has got the deets. @tech2eets pic.twitter.com/0RINLTkHcu

Gangetic dolphins along a 1000-km stretch of the Ganga were surveyed by a team of researchers from the Zoological Survey of India (ZSI), Wildlife Trust of India (WTI) and Tilka Manjhi University in Bhagalapur, Orissa. ZSI described what they found over the three-week study as a "thriving" population of Gangetic dolphins along that particular stretch of river in Bihar, Hindustan Times reported.

"We have found about 1,150 dolphins in these rivers during our extensive survey which lasted about a month and we think the population is stable," Gopal Sharma, Deputy Director of the Zoological Survey of India (ZSI) told Down to Earth. 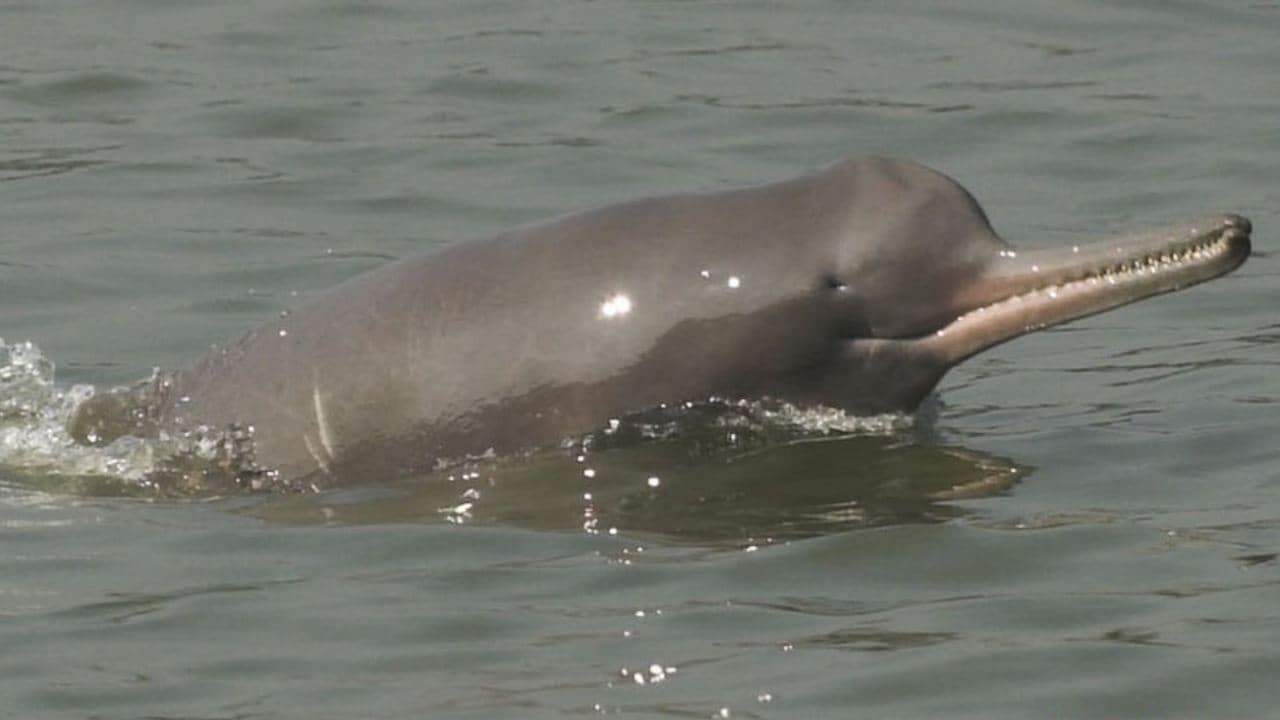 A Gangetic River Dolphin bobs its head above the water for some air. Image credit: WCS

The "extensive" survey lasted 23 days, during which time a large number of threatened Gangetic dolphins were counted along simultaneous, 300-kilometre segments of the Ganga. The stretches included two tributaries of the Ganga — the Gandak and Ghaghara — in Bihar, the Times report added.

And while the survey was done simultaneously in all three segments of the river, researchers used a direct 'visual count' of dolphins to estimate how many there were. Each was counted based on their size and height as they came up to the surface to breathe. While the report is still being prepared and yet to be released by the government, researchers haven't confirmed if the dolphin numbers are significant yet.

Whether it has increased or decreased in recent years is difficult to say because this is the first survey of such a scale to been carried out for the river, Sharma told Down to Earth.

But researchers from ZSI do think their findings are telling of the health of the Ganga for its marine life.

"I am happy to inform that the river Ganga is alive in this part of Bihar. The river water quality here is relatively better than upper stream, though pollution danger persists," Sunil Kumar Choudhary, coordinator of Vikramshila Biodiversity Research and Education Centre in Bhagalpur, told Down to Earth.

"The presence of dolphins in good numbers says it all," he added.

Dolphins are highly intelligent aquatic animals that have an important role to play in ecology. If a dolphin is sick, injured or dead, it is a strong indicator that their aquatic environments are unsafe and unhealthy for marine life (and humans, for that matter). 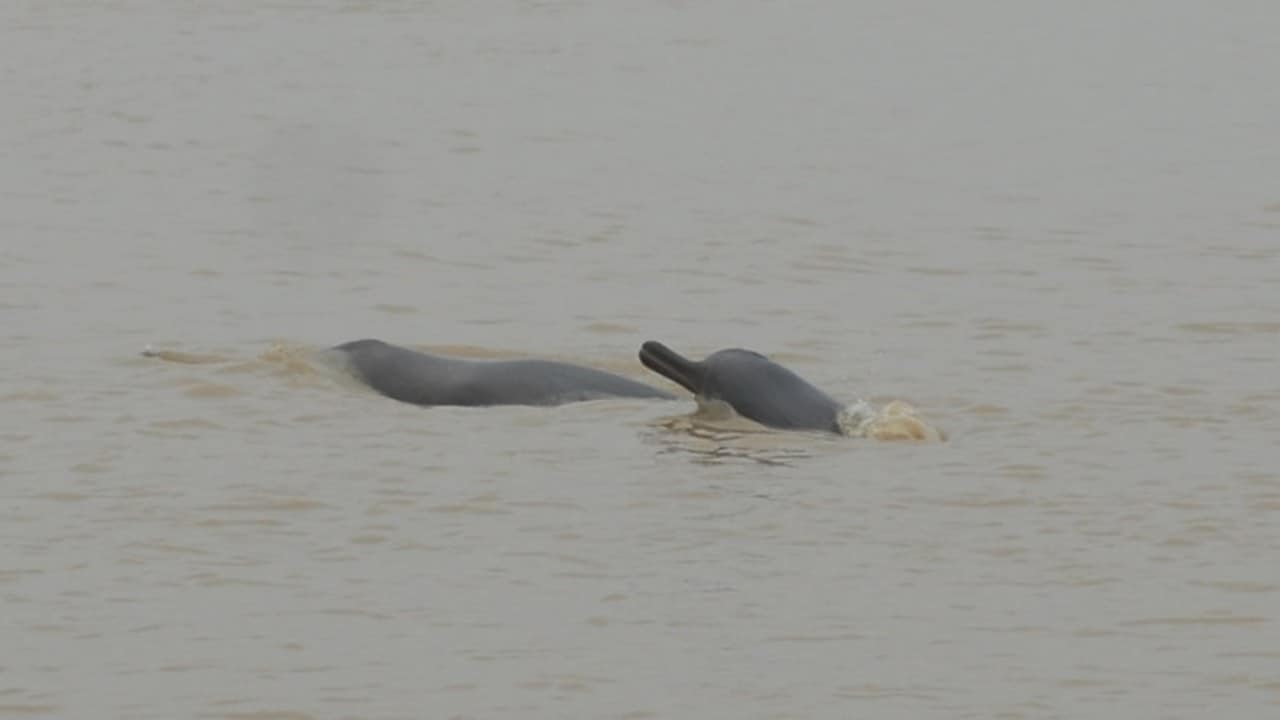 According to a WWF estimate, there are fewer than 3,000 freshwater or river dolphins in the world — of which around 2,000 are in India. Bihar currently has the biggest population of Gangetic dolphins in any single region worldwide.

Dolphins are among the most vulnerable species on Earth, their population still on the decline. The findings of this study could (tentatively) be a big win for Bihar. The Wildlife Trust of India's (WTI's) inputs from the survey are expected soon. They are yet to submit their findings to the government, according to a recent tweet.

They shared with us that their Gangetic dolphin counts were not as high in some parts of the Ganga as ZSI's.