ITER is the biggest nuclear fusion experiment and the largest scientific project to be undertaken in history.

Roughly seven and half thousand kilometres from India, in the French province of Cadarache, a massive, international experiment is underway: the construction of a 20 billion-dollar, first-of-its-kind nuclear reactor.

Leading nuclear scientists from several countries, India among them, are hoping to crack the elusive nuclear energy technology to fuse atoms together. The technology is mirrored on how the Sun works and promises to bring a "clean" source of infinite energy if the experiment succeeds.

The International Thermonuclear Experimental Reactor (ITER) project brings together the USA, Japan, Russia, the European Union, India, China and South Korea in an effort to try and confine the power of the Sun into a steel bottle. Put together, the project "represents half the world's population and accounts for two-thirds of the global economic might," according to ITER project lead Dr Osamu Motojima. 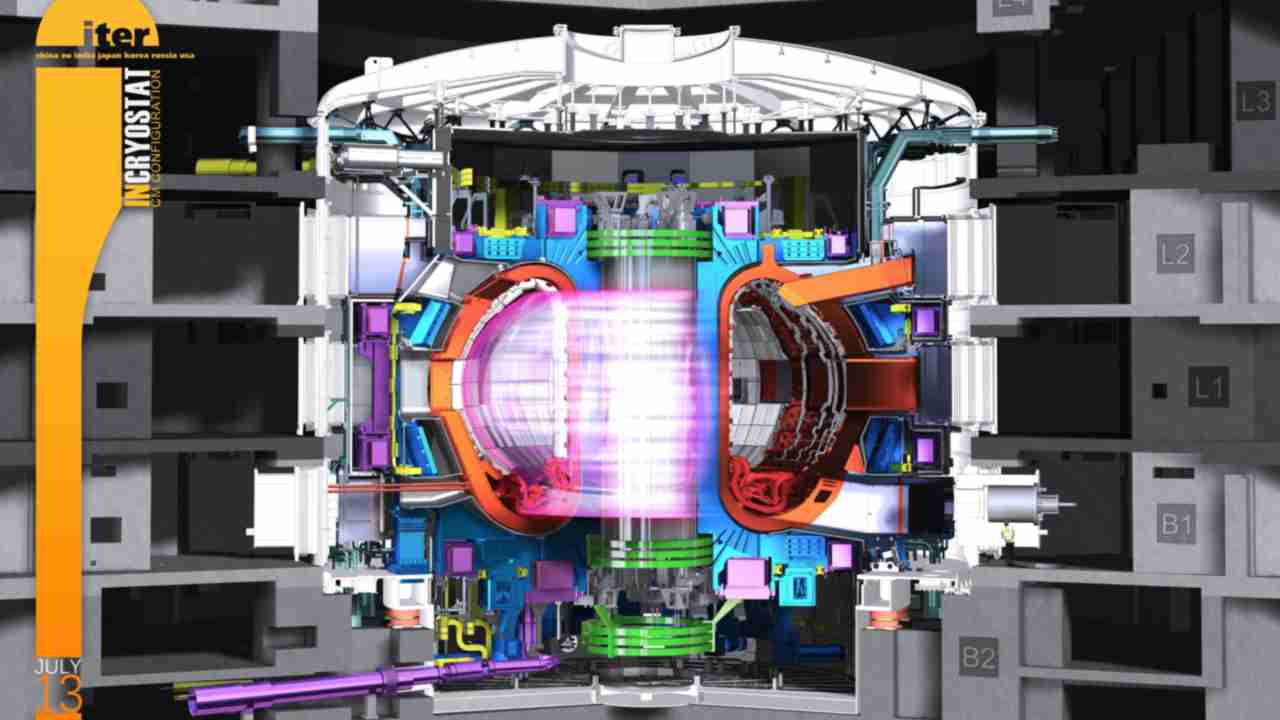 Illustration of the ITER core facility and its components. Image courtesy: ITER

Not only is ITER the biggest nuclear fusion experiment in the world, but it is also the largest scientific project to be undertaken in history.

A team of 122 Indian scientists and engineers are hard at work in Gandhinagar to build crucial components going into ITER. Targeting completion in 2021 are researchers from New Delhi, working on what is essentially the world's largest refrigerator — the cryostat. It acts like a thermos flask but operates at some of the coldest temperatures ever seen in the universe, working at minus 269 degrees Celsius. This is used to keep the special superconducting magnets at the cold temperature at which they need to operate; the entire fusion system would collapse if it can't be kept cold.

The ITER vacuum vessel is a doughnut-shaped, double-wall structure that is a 'tokamak' design of the nuclear reactor. The hot plasma (hot ionised gas) in the experiment is contained inside a "neutron shield" using powerful magnets and neutron generators in the space between the double walls of the vacuum vessel of a tokamak. It is filled with a shielding material and cooling water between both walls.

The in-wall shielding has around 8,900 separate blocks of different sizes and several different materials.

Avsarala Technologies in Bengaluru is manufacturing the in-wall shield. India is also expected to contribute about 9,000 cores (cores, yes, not crores) over the next decade to the project, and contributing a little under 10 percent of the total cost.