India hosts 3 of the 50 most polluting sources of nitrogen oxides globally: Report

The highest NO2 emissions levels were emitted from the Mpumalanga province in South Africa.

A Greenpeace report used satellite data to look at hotspots for air pollution by nitrogen dioxide around the world has found three of the 50 worst emission sources in India.

The largest cluster of hotspots totals 10 regions in China, eight in the Arab world, four in the EU and three each in India, the US and DR Congo.

The highest NO2 emissions levels were emitted from the Mpumalanga province in South Africa, according to the Greenpeace report.

Oxides of nitrogen — NO2, and NOx more generally — are dangerous air pollutants that could lead to poor lung health and chronic respiratory disease if exposed to for long periods of time, the report warns.

These nitrogen oxides also increase the amount of PM 2.5 and ozone content in the atmosphere — the top two air-borne challenges to public health worldwide. 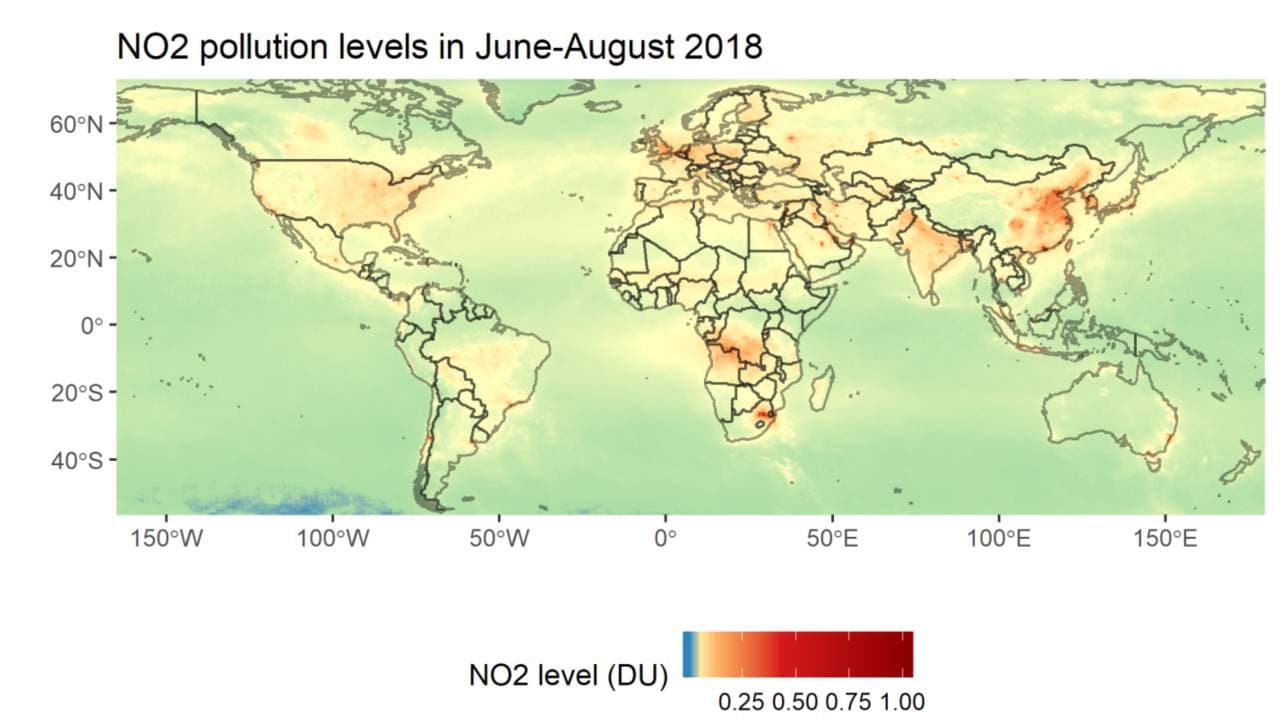 With hotspots across six continents, the satellite imagery shows the global extent and cross-boundary nature of the crisis. Greenpeace recommends that governments urgently intervene, and do what needs to be done to provide clean and healthy air for all. Image courtesy: Greenpeace

Emissions in some hotspots, such as Seoul, Jakarta and New Delhi, are a mix of multiple contributing sources including transport, coal power plants and manufacturing, the analysis found.

Coal-fired power plants are one of the biggest concerns in 19 out of the 50 hotspots, followed by manufacturing industries (most notably steel plants in China) and transportation.

Emission regulation for power plants being weak was noted as the major reason for the emission levels seen in most of the hotspots. The weak standards of regulation allow power plants to pollute at levels many times over permitted limits.

Power plants in India are subject to emission standards by the Ministry of Environment and Power. However, officials took no action against polluting coal power plants when the problem came to the surface, the report said. Making matters worse, Greenpeace alleges that the deadline to implement these emission standards for coal-fired plants was extended.

Motor vehicles that run on diesel are highly polluting and contribute far more NOx to the atmosphere than gasoline. However, the transition from diesel to less polluting fuels requires comprehensive planning due to the requirements of internal combustion engines they run on, the report says.

The report calls for an “immediate focus on diesel, and towards electric-powered public transportation… to radically reduce the number of passenger cars on our roads in favour of active and shared mobility.”

Highlighting the poor health that results from breathing NOx over long periods of time, Greenpeace calls for an energy revolution of sorts to remove the dependence on fossil fuels and move to more sustainable and efficient forms of energy.