Rising demand in wealthy countries for dozens of commodities ranging from coffee to soybeans has stepped up the pace of deforestation in the tropics, researchers said Monday. Even as North America and Europe expand forest cover within their own borders, efforts to slow forest loss in the global south through offset schemes and direct payments have been overwhelmed by these appetites, they reported in the journal Nature Ecology & Evolution. The first country-by-country quantification of how rich-nation imports drive deforestation showed that each person in G7 nations accounts for, on average, the loss of four trees somewhere else in the world per year. 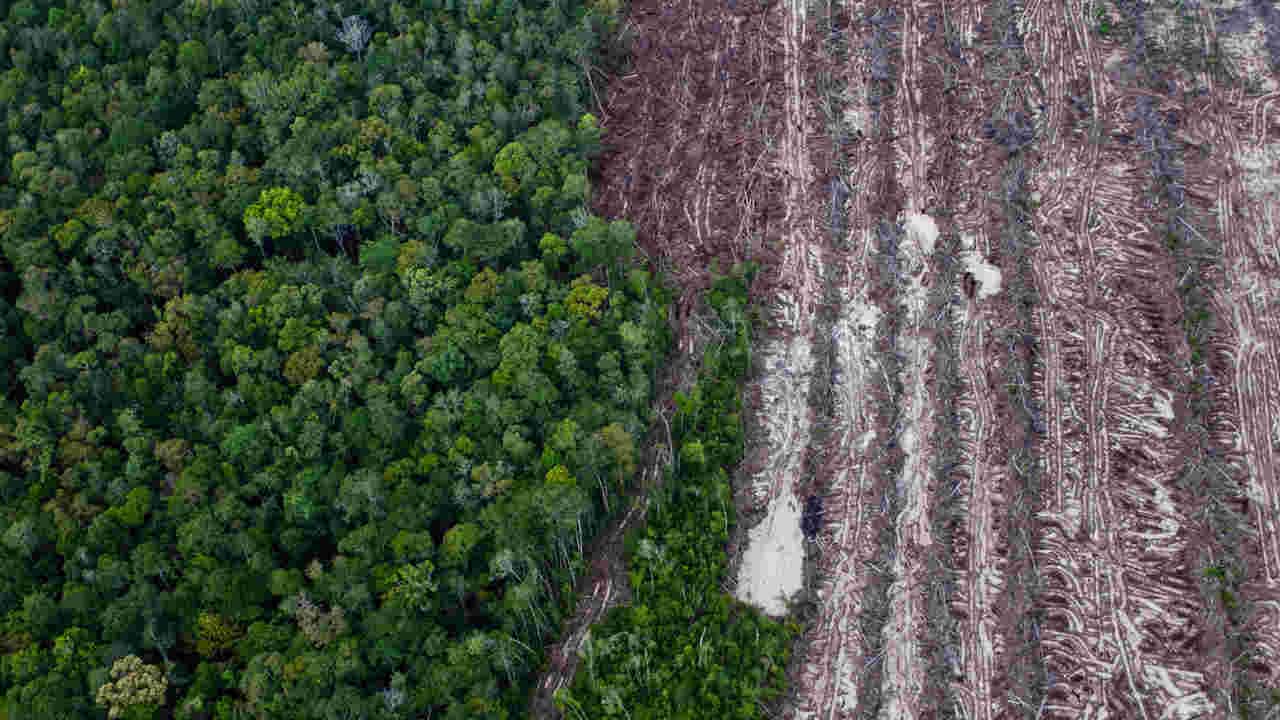 Among wealthy nations, France has the highest rate of per capita tropical deforestation followed by Germany, Norway, Japan, Mexico and the US. Image credit: Ulet Ifansasti / Greenpeace

In 2015, the last year for which figures were available across all the datasets examined, that totalled more than three billion trees, the researchers found.

In five of those G7 nations — Japan, Germany, France, Britain and Italy — 91 to 99 percent of their "deforestation footprint" was in foreign countries, half of that in the tropics.

That footprint has grown most rapidly in China and India, but per capita tree loss is still far below that of rich nations.

"Most forests are in poorer countries that are overwhelmed with economic incentives to cut them down," lead author Nguyen Tien Hoang, an expert in environmental modelling and mapping at the Research Institute for Humanity and Nature in Kyoto, told AFP. "We show that richer countries are encouraging deforestation through demand for commodities."

Combining data on forest loss and global supply chains, Hoang and his colleague Keiichiro Kanemoto showed which nations were buying what commodities from where.

Cocoa consumption in Germany, for example, "poses a very high risk to forests" in Ivory Coast and Ghana, Hoang noted.

In Vietnam, forest loss in the Central Highlands is mainly driven by coffee drinkers in the US, Germany and Italy, while in northern Vietnam the culprit is exports to China, South Korea and Japan.

Palm oil — used in food products and biofuels — is the main instigator of forest loss in Indonesia, while large swathes of forest in Brazil are destroyed to make way for beef, soybean and sugarcane production.

Among wealthy nations, France has the highest rate of per capita tropical deforestation, with 21 square metres lost in 2015.

Germany and Norway were close behind, with Japan, Mexico and the US responsible, per capita, for about 16 square metres of cleared forest that year, whether through burning or timber harvesting.

"The richest and most biodiverse ecosystem among forests are in the tropics," said Hoang.

Forests cover more than 30 percent of Earth's land surface, and tropical forests are home to between 50 and 90 percent of all terrestrial species.

In 2019, a football pitch of primary, old-growth trees was destroyed in the tropics every six seconds — about 38,000 square kilometres in all, according to satellite data.

Preliminary data suggest the primary forest destruction in 2020 may have accelerated.

5 coffees with a twist you can enjoy this monsoon