The asteroid was first recorded six hours after its approach in data from the ZTF Observatory in California, as a long trail of light in the sky.

On 16 August, an asteroid three to six meters long (the size of an SUV) made the closest pass of Earth on record, at just 2,950 kilometres above the surface. This event was discovered by two students at the Indian Institute of Technology-Bombay (IIT-B) along with another student from Taiwan, as it made its pass above the southern Indian Ocean on Sunday at 9.38 am IST.

Dubbed ‘2020 QG’, the asteroid is the closest known space rock to fly by Earth without impacting it. Even if it had been on a collision course with Earth, it wouldn't have caused any damage, NASA clarified, instead breaking up in the atmosphere in a fireball in the atmosphere – a fairly common occurrence, as per a statement by NASA's Jet Propulsion Laboratory (JPL). While asteroids of this size do fly roughly as close as 2020 QG did once a year or less, most of them go undetected, making this a rare find. 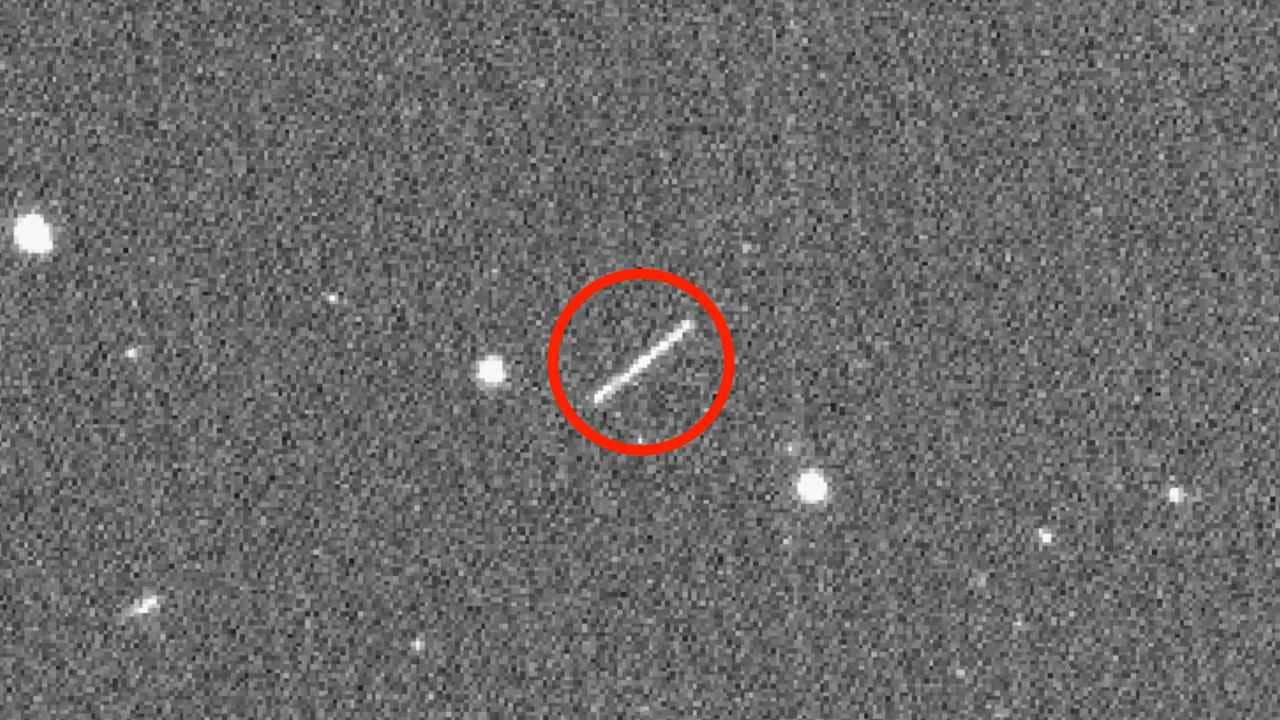 The circled streak in the center of this image is asteroid 2020 QG, which came closer to Earth than any other nonimpacting asteroid on record. It was detected by the Zwicky Transient Facility on Sunday, Aug. 16 at 12:08 a.m. EDT (Saturday, Aug. 15 at 9:08 p.m. PDT). Image Credit: ZTF/Caltech Optical Observatories

The IIT-B students that made the discovery, Kunal Deshmukh and Kritti Sharma, along with Chen-Yen Hsu at National Central University in Taiwan, are part of an international team seeking out Near-Earth Asteroids. Using data from the robotic Zwicky Transient Facility (ZTF) in California that is designed to detect transient objects in the sky that rapidly change in brightness, they spotted the asteroid hours after it made its record-setting pass of Earth.

The pair reportedly saw five streaks in the data – "potential asteroids" – one of which was 2020 QG.

"A lot of the streaks are satellites, but we can quickly go through the best images by eye to find the actual asteroids," Bryce Bolin, postdoctoral scholar at Caltech and a ZTF tean member, said as per a Caltech statement.

"The data looked like all other near-earth asteroids we have seen so far," Deshmukh, a student in the department of Metallurgy and Materials Science at IIT-B, said. "Helping make a discovery like this, so early in my research project, is beyond what I had ever imagined," Sharma, a third year student of mechanical engineering at IIT-B, added.

The students reported their findings to the Minor Planet Center at the International Astronomical Union. After this, several telescopes around the world followed up to verify the finding, and study the asteroid's size and trajectory. The discovery has now been verified by observers.

The ZTF project, funded by the National Science Foundation (NSF) and collaborators, scans the northern sky every third night with an optimized eye to seek out supernovas, erupting stars, and other objects that change or move in the sky. ZTF researchers are looking the new discovery as validation of the observatory's ability to detect asteroids.

The observatory's large field-of-view and rapid data processing makes it suited to detecting rare asteroids like 2020 QG that might be missed by other telescopes, Forbes quoted George Helou, co-investigator at ZTF, as saying.

"There’s typically only a short window of a couple of days before or after close approach when this small of an asteroid is close enough to Earth to be bright enough but not so close that it moves too fast in the sky to be detected by a telescope," Paul Chodas, director of the Center for Near-Earth Object Studies (CNEOS) at NASA's JPL, added.