Scientists believe that the asteroid 16 Psyche is the core of a protoplanet that was smashed apart some billion years ago. With a composition of 90 percent metallic and 10 percent silicate rock, it is thought to be much denser than a stony object of similar size, containing roughly 1 percent of the entire mass of the asteroid belt. As per the US space agency NASA, the asteroid was named after the nymph Psyche, who married Cupid but was killed by Venus. At Cupid's request, however, Jupiter turned Psyche immortal.

The primary target of the Psyche mission, the Psyche spacecraft will launch in August 2022 and arrive at the asteroid in 2026, following a Mars gravity assist in 2023. 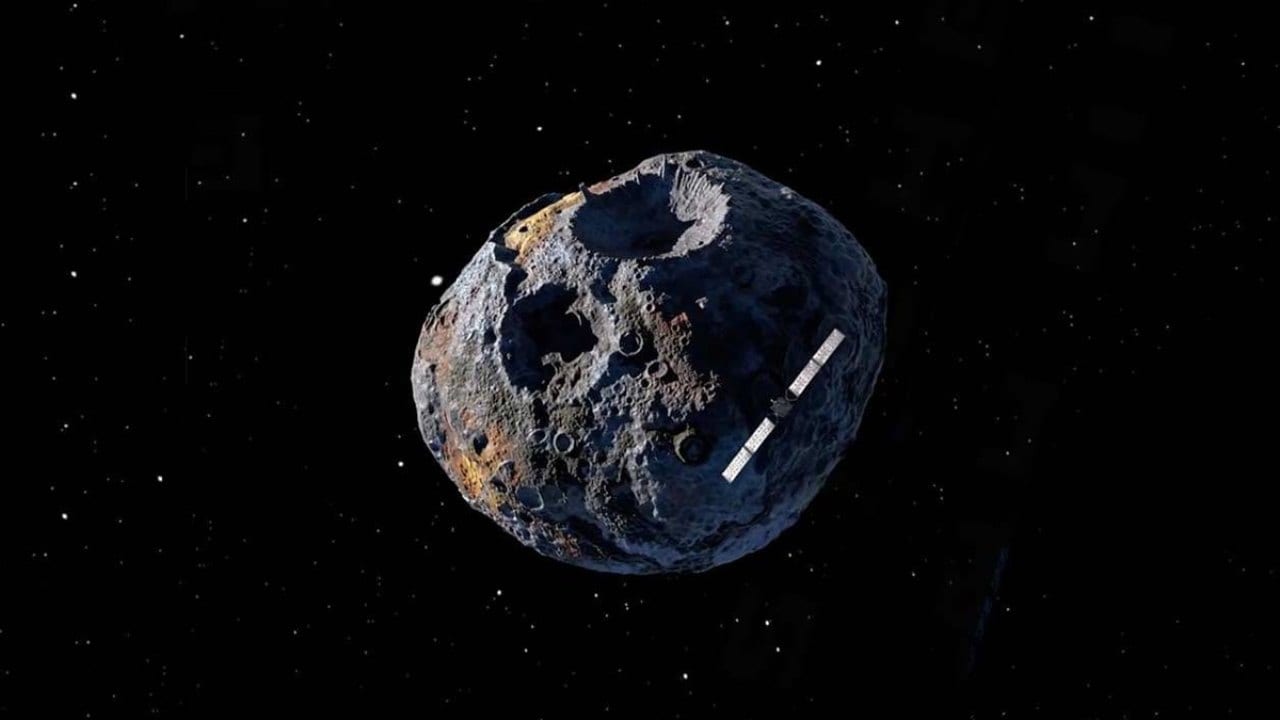 An illustration of the spacecraft and 16 psyche. Image: NASA

The Hubble Space Telescope has now spent some time examining the planetary body. Researchers have examined Psyche in the ultraviolet and have found that it has a high iron composition. However, they noted that a relatively small amount of iron mixed into rocky materials like olivine.

Scientists have a number of theories for how Psyche could have formed, but the ultraviolet analyses do not confirm if Psyche is an iron-rich core remnant. The asteroid is the only known metallic core-like body from any planet currently floating around.

According to researchers one of the reasons the asteroid belt failed to reunite into a planet is that Jupiter kept gravitational energies high to support planetary accretion. And so, the material in the belt was either ejected, pounded, flung inwards, or swallowed by Jupiter itself.

The goal of the NASA mission to study 16 Psyche is to determine if the space rock represents a planetary core or a mass of previously unmelted material. It will also, attempt to see the compositional differences between the minerals in Psyche’s core and the expected contents of Earth’s and conditions under which it formed among others.

The results of the study have been published in The Planetary Science Journal.