For a planet to be habitable, it needs to be in the habitable zone where water can exist in liquid form.

With more than 4,000 exoplanets – planets orbiting stars other than our sun – discovered so far, it may seem like we are on the cusp of finding out whether we are alone in the universe. Sadly though, we don’t know much about these planets – in most cases just their mass and their radius.

Understanding whether a planet could host life requires a lot more information. At the moment, one extremely important piece of information that is missing is the presence, composition and structure of their atmospheres. Signs of atmospheric water, oxygen and methane would all be signs that a planet may support life.

Now we have for the first time managed to detect water vapour in the atmosphere of an exoplanet that is potentially habitable. Our results have been published in Nature Astronomy. Artist’s impression of planet K2-18 b, its host star and an accompanying planet in this system. image credit: ESA/Hubble, M. Kornmesser, Author provided

A planet’s atmosphere plays a vital role in shaping the conditions inside it – or on its surface, if it has one. Its composition, stability and structure all provide important clues about what it is like to be there. Through atmospheric studies, we can therefore learn about the history of the planet, investigate its habitability and, ultimately, discover signs of life.

The primary method that we use when examining exoplanets is transit spectroscopy. This involves looking at starlight as a planet passes in front of its host star. As it transits, stellar light is filtered through the planet’s atmosphere – with light being absorbed or deflected based on what compounds the atmosphere consists of.

The atmosphere therefore leaves a characteristic footprint in the stellar light that we try to observe. Further analysis can then help us match this footprint to known elements and molecules, such as water or methane.

At the moment, the study of exoplanets atmospheres is limited, as this kind of measurement requires very high precision, which current instruments were not built to deliver. But molecular signatures from water have been found in the atmospheres of gaseous planets, similar to Jupiter or Neptune. It has never before been seen in smaller planets – until now.

K2-18 b was discovered in 2015 and is one of hundreds of “super-Earths” – planets with a mass between Earth and Neptune – found by NASA’s Kepler spacecraft. It is a planet with eight times the mass of the Earth that orbits a so called “red dwarf” star, which is much cooler than the sun.

However, K2-18b is located in the “habitable zone” of its star which means it has the right temperature to support liquid water. Given its mass and radius, K2-18 b is not a gaseous planet, but has a high probability of having a rocky surface.

We developed algorithms to analyse the starlight filtered by this planet using transit spectroscopy, with data provided by the Hubble Space Telescope.

This enabled us to make the first successful detection of an atmosphere with water vapour around a non-gaseous planet, which is also located within the habitable zone of its star. 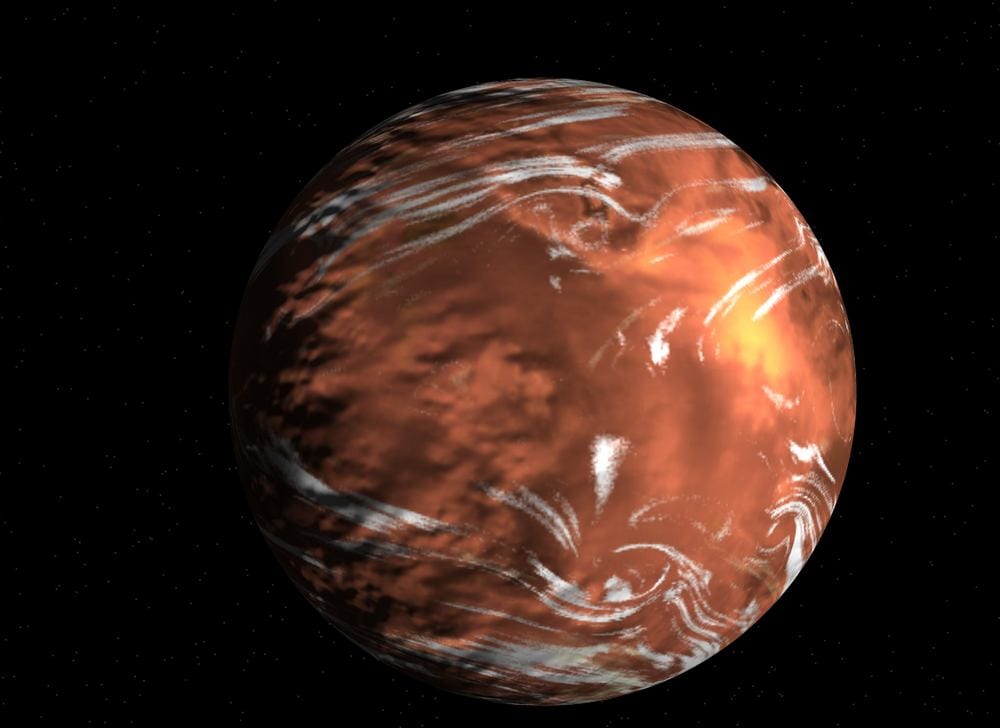 In order for an exoplanet to be defined as habitable, there is a long list of requirements that need to be satisfied. One is that the planet needs to be in the habitable zone where water can exist in liquid form. It is also necessary that the planet has an atmosphere to protect the planet from any harmful radiation coming from its host star.

However, we cannot say, with current data, exactly how likely the planet is to support life. Our data are limited to an area of the spectrum – this shows how light is broken down by wavelength – where water dominates, so other molecules can unfortunately not be confirmed.

With the next generation of telescopes, such as the James Webb Space Telescope and the ARIEL space mission, we will be able to find more information on the chemical composition, cloud coverage and structure of the atmosphere of K2-18 b. This will help us understand just how habitable it is.

These missions could also make it easier to make similar detections for other rocky bodies in the habitable zones of their parent stars. That would certainly be exciting. With K2-18 b being 110 light-years away, it is not really a planet we could visit – even with tiny robotic probes – in the foreseeable future.

Excitingly, it is probably just a matter of time before we find similar planets that are closer. So we may be well on our way to answering the age-old question of whether we are alone in the universe after all.