In two different studies. researchers have found that the diversification of the Hemidactylus geckos took place because of two past climatic events.

Effortlessly trailing your 21st-century walls, house geckos have evolved from an ancestor whose history goes back about 36 million years ago (MYA)-when Earth cooled rapidly and ice sheets formed on poles.

Originating from a common ancestor, the Indian group of hardy geckos (belonging to the Hemidactylus genus) has made their homes in different habitats-tree trunks, open grasslands, and rocky outcrops-in addition to comfortably settling in with humans in urban homes.

Along the way, they took on striking colours, patterns and body forms-brown, beige, tan, gray, skin with warts, spots, stripes and so on and so forth-that has also rendered them vulnerable to the pet trade. 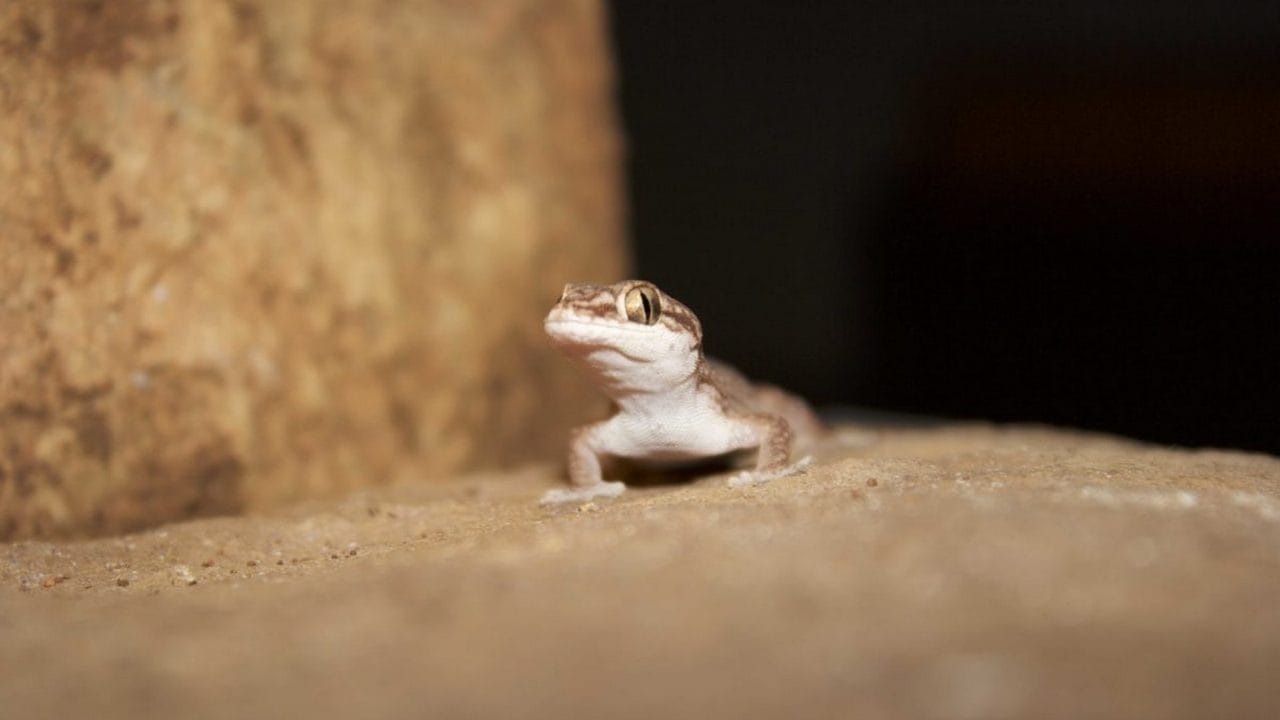 Now, researchers have pried into their past to understand how they diversified into different lineages, habitats and appear in different forms tying their research to the potential role of climate shifts in this evolutionary process.

The docking of the Indian plate with Asia is proposed to have facilitated the dispersal of Hemidactylus into India (36 to 39 MYA).

In two separate studies, Lajmi and colleagues examined how geckos underwent lineage diversification (how a single ancestor split into two species) and how they accumulated differences in shape and form (morphological diversity) to appear the way we see them today. “All the Hemidactylus geckos that we see in Peninsular India and Sri Lanka came from a single ancestor. While some of them live in our houses (human commensal species), there are many more diverse species that inhabit tree trunks, open grasslands, and rocky outcrops. However, the whole genus of Hemidactylus can be found around the tropics with most of its diversity in Africa and South Asia,” said Lajmi.

“Interestingly we find that two different climatic events are responsible for lineage diversification and morphological differences,” Lajmi told Mongabay-India of the studies published in Molecular Phylogenetics and Evolution (MPE) and Journal of Evolutionary Biology (JEB).

These climatic events are the Eocene-Oligocene cooling (33.5 MYA when Earth underwent rapid cooling) and Miocene aridification (around 14 MYA).

The authors found that the ancestor of all these species, which lived around 36MYA (the time of the Eocene-Oligocene cooling), was a dry habitat species, showing that the cooling created dry habitats.

“This is an important result because prior to this period peninsular India and Sri Lanka were covered by wet rainforests. This result implies that there were dry habitats present during this time, possibly as a result of Eocene-Oligocene cooling (the drop in temperatures on Earth 36 MYA),” said Lajmi, who is now at the Department of Evolutionary and Environmental Biology, Institute of Evolution, University of Haifa, Israel.

Moreover, there was a rapid increase in the number of species early on suggesting that the presence of dry habitat acted as an opportunity for these geckos to flourish. But geckos began to live on the ground and diversified into species much later-about 14 MYA, coinciding with the late Miocene when many forests turned to grasslands in a drier climate.

“The establishment of open-habitats and savanna in peninsular India occurred during the late Miocene aridification, a habitat occupied by terrestrial Hemidactylus species. Therefore, we predict the evolution of terrestrial geckos and their diversification to have happened during or after this period,” the authors write in the study. The ground-dwelling geckos evolved at least five times (independently) from their climbing ancestors. But they appear similar because they use the same habitat.

“In fact, the morphological differences we see evolving around 14MYA is due to the reduction in toepad sizes in these geckos,” said Lajmi.

The research also sheds light on the importance of dry zones or the open grasslands that have been generally regarded as wastelands but hold immense diversity.

“Not only are they understudied because they are thought to be species-poor, but this region is prone to rampant land-use change. Understanding what diversity lies in this region is the first step towards making informed conservation decisions,” said Lajmi.

The dry zone of peninsular India is vast and remains poorly studied, said Lajmi, adding they expected undiscovered diversity in this region and carried out intensive sampling.

“In the course of my fieldwork, along with the help of my collaborators and my field assistant Tarun who played a critical role, we tried sampling many rocky outcrops and open scrub habitats spanning the dry zone of peninsular India. While some species looked morphological very distinct when we first encountered them (we knew they were new), we also encountered cryptic species, that is species that might look morphologically or superficially similar but are genetically very distinct,” explained Lajmi.

The studies also tackle a widespread misconception that only forests foster biodiversity. “Not only does our study show a high diversity of these geckos in this dry and open landscape, but also shows a deep history of the arid ecosystem in peninsular India and their important role in nurturing Indian biodiversity,” she said.

Varad Giri, Director, Foundation for Biodiversity Conservation, said the research is significant because this is the first time any such study is happening on these lizards.

“The geckos of the genus Hemidactylus show diversity in their morphology, morphometry and habitat preferences. Many are arboreal and rock-dwelling, a few are ground-dwelling and a few of them are seen close to humans. And to do so, they do have developed various morphological features, which are consistent with these various morphs. As per my understanding goes, this is the only genus of geckos in India, which has such diversity. Now the question was why does such diversity and who governs it? The reasons behind these morphological and habitat diversity were not properly known. Aparna’s papers addressed some of these questions in a more professional manner,” Giri told Mongabay-India.

“This understanding of evolution provides a strong base for their effective conservation as well, as it highlights the importance of why and how these geckos diversified in India and how does this habitat specificity evolve,” Giri added.