How deadly is COVID-19? Actual fatality rates are tricky to uncover, but researchers are getting closer

Estimates of fatality rates give everyday people an understanding of their COVID-19 risk, which varies from person to person.

Early reports from January painted a grim picture about just how deadly the coronavirus was. On 3 March, the Director-General of the World Health Organization (WHO) said that "Globally, about 3.4% of reported COVID-19 cases have died." At the time, it was unclear whether the number of confirmed cases was very different from the number of total cases, so the WHO used confirmed cases to calculate how deadly the coronavirus was. This caused a lot of confusion among the media and the public.

But as researchers like us have learned more about the spread of the virus, we have discovered that the total number of infected people is far greater than the number of confirmed cases. When deaths from COVID-19 are divided by the total number of cases – not just reported cases – you get a statistic called the infection fatality rate (IFR), or colloquially, the death rate. The Centers for Disease Control and Prevention currently has a best guess of 0.65% for the IFR. But current estimates fall anywhere between 0.2% and 1%, a surprisingly large range when calculating the infection fatality rate should be as simple as dividing the number of deaths by total infections. And these estimates are changing all the time. In fact, in the time it took to write this article, the CDC changed its best estimate of the fatality rate from 0.26% to 0.65%.

We are two researchers who take a mathematical approach to solving epidemiological and biomedical problems. Back in early March, we published a paper showing that millions more people had been infected with COVID-19 than official case counts reflected. But when we tried to use our results to calculate IFR in the U.S., we encountered firsthand just how difficult it is to do.

To calculate the infection fatality rate, researchers need to know three things: the number of infections, the number of deaths from infections and which deaths go with which infections. But finding these numbers is far harder than it might seem and these difficulties explain why there has been, and continues to be, so much uncertainty regarding this important number.

Knowing how many people have been infected with the coronavirus is the first step to estimating the fatality rate.

The number of officially reported cases reflects only the number of diagnosed cases which is far less than the real number of people who have been infected.

Since health officials can’t test everyone, one way to estimate the rate of infection in a population is to test a smaller group of people for signs of previous infection, regardless of whether they have had symptoms. If the smaller group is chosen in a way that makes it demographically representative of the larger population, then researchers can assume the infection rates they find in their test groups are close to the actual population-wide numbers.

By taking this approach, researchers have now shown that the total number of infections is likely much larger than the number of diagnosed cases. For example, researchers in New York now estimate that by the end of March, over 2 million residents of New York State had been infected. At the time, there were only 76,000 confirmed infections.

Our study took a different approach. We looked at records of doctors visits with patients that had flu-like symptoms but not the flu. By accounting for the number of people who would only have mild symptoms of COVID-19 and would not go to the doctors, we estimate that during the last three weeks of March over 8.7 million Americans were infected with SARS-CoV-2. During the same three week period, official case counts recorded just over 1,00,000 new infections within the U.S.

Putting this all together, it’s now clear that there have been many more infections than confirmed cases, likely by a factor of 20 or more.

Determining whether COVID-19 was the cause of death – and counting all of those deaths – has been more difficult than you might think.

Recently, the New York Times reported that at a national level, COVID-19 deaths may be undercounted by 25%. These estimates are coming from the fact that deaths from any cause are far higher this year than normal. Over the course of the pandemic, many patients have died of symptoms similar to COVID-19, but were never tested. In addition, many people are dying at home from complications that appear to be COVID-19, but are also never tested.

Relation between infections and death

While there is still uncertainty in this lag between onset of infection and deaths, recent research suggests that a 16-day lag between symptom onset and death is a good guess.

This lag must be factored into infection fatality rate calculations. For example, assuming patients would get diagnosed within a few days of developing symptoms, to calculate the fatality rate on 15 June, researchers would want to divide those deaths by the number of infections on 1 June. 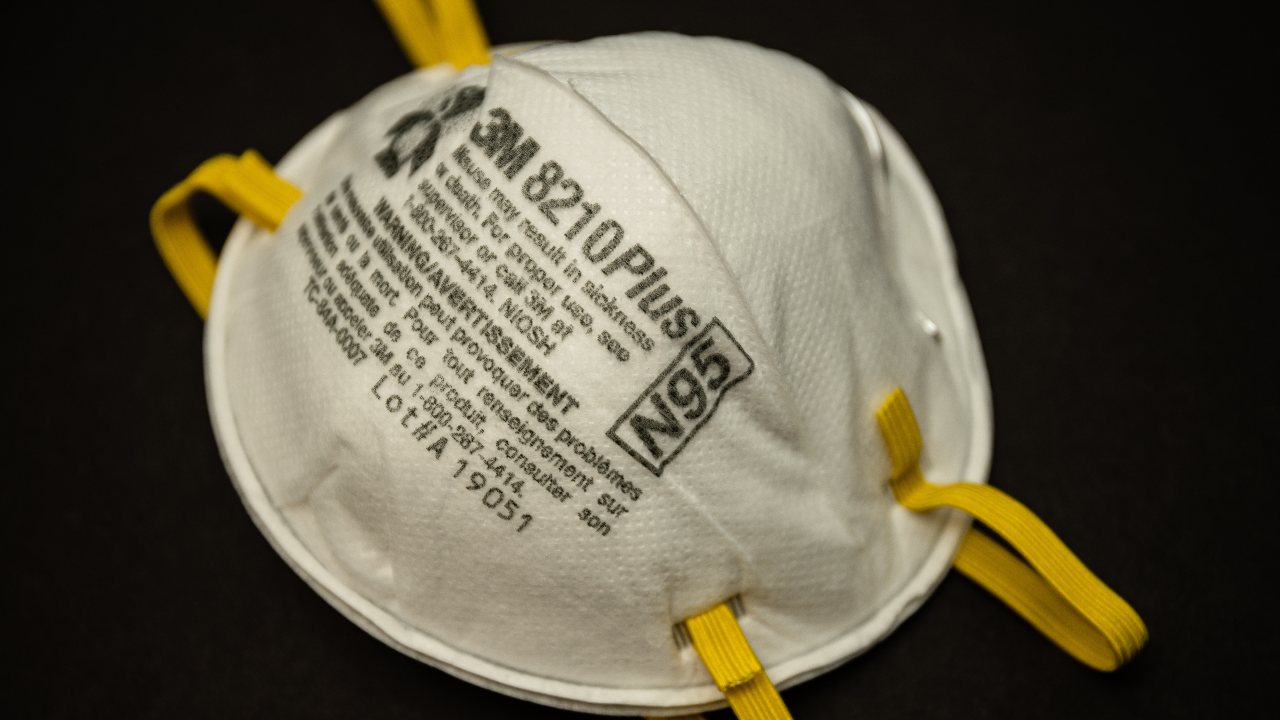 Questions are now being raised as to how effective the N95 respirator is in preventing the spread of COVID-19.

So are current estimates any good?

It is important to remember that these estimates of infection fatality rates reflect the risk for the average person. Many people will face higher risk and many will face lower risk.

Older patients or those with preexisting conditions like diabetes, high blood pressure or heart disease are likely at higher risk than the average person. Younger people without significant prior health conditions are at substantially lower risk than the average person. Additionally, access to health care is an important factor in mortality from COVID-19.

Finally, the infection fatality rate is not set in stone – it is an estimate of what happened in the past, not a predictor of what will happen in the future. If people follow public health guidance on mask-wearing, social distancing, and self-isolation when sick, it may be possible to reduce infections in high-risk populations and lower the percentage of people that die from this disease. But the opposite is also true. If the virus increasingly spreads in vulnerable populations, or if hospitals become overwhelmed and people can’t access the care they need to recover, more people could die.

While doctors, public health experts, and laboratory researchers are working to secure treatments that will keep people alive even if they do become infected, statisticians like us will keep watching the numbers to help guide policy. It is up to everyday people to change their behavior to change the numbers we see.