AIDS experts called Wednesday for an end to laws that can see HIV-positive people jailed for exposing others to the virus, saying the approach was "unscientific" and worsening the killer epidemic. 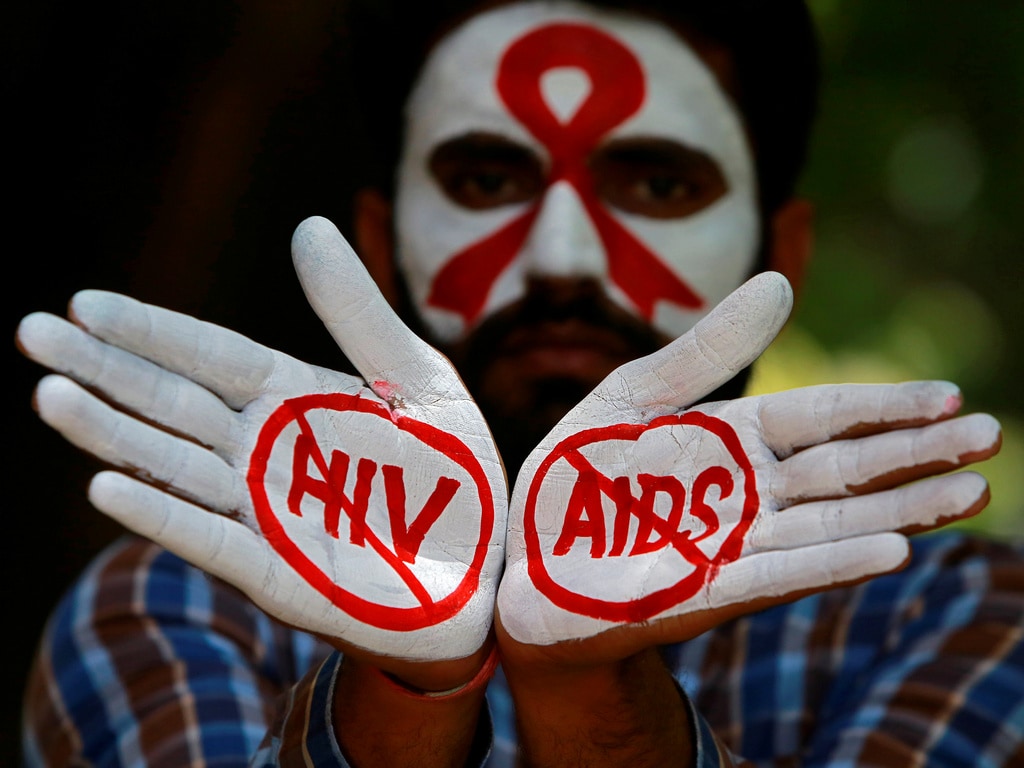 A student displays his hands painted with messages as he poses during an HIV/AIDS awareness campaign to mark the International AIDS Candlelight Memorial. Reuters.

At least 68 countries have legislation that criminalises HIV "non-disclosure", exposure, or transmission, two dozen scientists wrote in a "consensus statement" released at the 22nd International AIDS Conference in Amsterdam.

The document, simultaneously published in the Journal of the International AIDS Society (IAS), was signed by HIV co-discoverer Francoise Barre-Sinoussi and IAS president Linda-Gail Bekker, among others.

"These laws are ineffective and unwarranted," Bekker told journalists in the Dutch capital.

"Rather than reducing HIV infection or protecting anyone, these ill-conceived laws most likely make the epidemic worse by driving people... away from the information and services and indeed into hiding," she said.

The statement is meant to serve as a synthesis of up-to-date scientific evidence of how HIV can, and cannot, be transmitted.

It concludes that jailing people for exposing others to the virus cannot be backed by science.

To begin with, the immune system-wrecking virus that causes AIDS "is not easily transmitted from one person to another," the experts say.

It cannot be passed on if a condom was correctly used and did not break during sex, while people in whom the virus is suppressed thanks to anti-retroviral therapy, can most likely not pass it on.

HIV-negative people who use the same drugs as a preventive measure also have a lower chance of getting HIV.

But even if none of these conditions are met, the chances of infection from a single sexual contact, though possible, are "low", the experts concurred.

There is no possibility of HIV transmission through contact with saliva, the document added, "including through kissing, biting or spitting."

The scientists stressed that genetic virus testing cannot prove beyond a reasonable doubt that one person infected another.

Yet laws in many countries have seen HIV-positive people jailed for an array of acts that included biting, spitting, or performing oral sex.

"The vast majority of prosecutions are driven by stigma not science," said Edwin Bernard of the advocacy group HIV Justice Network.