Himalayan towns like Darjeeling, Mussoorie and Kathmandu are going to fast run dry

India has no system to count its climate migrants but ranks fifth among countries most vulnerable to impacts of climate change.

Famed mountain retreats such as Mussoorie, Darjeeling and Kathmandu may soon face acute water distress — with a demand-supply gap already as vast as 70 percent in some towns — new research shows.

A series of 10 studies across 13 towns located in the Hindu Kush Himalayan (HKH) region across India, Pakistan, Nepal and Bangladesh has found mismanagement of water and climate breakdown.

“The urban Himalayas, they are running dry,” said Anjal Prakash, research director and adjunct associate professor at the Bharti Institute of Public Policy at the Indian School of Business (ISB), Hyderabad. “Most of their water sources are from springs and the springs are on the decline because of the complex combination of climatic and non-climatic factors.” Ten of Asia’s largest rivers originate in the HKH stretch of mountain ranges running from Afghanistan in the west to China in the east. Yet, the gap between demand and supply of water here may double by 2050, the research has found. The gap in eight of the surveyed towns is 20 percent-70 percent with a high dependence on springs, ranging between 50 percent and 100 percent. Himalayan towns are facing increased water distress, with the demand-supply gap as high as 70 percent in some towns, finds research covering four countries in the Hindu Kush Himalayan region.

The 10-studies series, work on which was done over two years, was included in a special issue of the international peer-reviewed journal Water Policy published on March 1, 2020. Prakash, along with David James Molden, director-general of the Nepal-based International Centre for Integrated Mountain Development (ICIMOD), edited it and summed up the key takeaways in an editorial accompanying the studies.

Currently, three percent of the total HKH population lives in larger cities and eight percent in smaller towns, as per the editorial. By 2050, more than 50 percent of the population of the region will be living in cities, adding to the stress on water resources, as per projections used in the series.

One of the studies that makes the same point about rapid urbanisation, blames poor water governance, lack of planning, poor tourism management during peak season as well as climate breakdown for the water stress.

Another study from the Indian Himalayan towns Mussoorie and Devprayag highlights how, despite significant tourism, they lack rainwater harvesting, stormwater management and proper sewage systems.

While demand has grown, supply has been hit by changing rainfall patterns and reduced availability of spring water. “When we think of climate change in the mountains, we think of melting of the glaciers,” said Molden. “While that is a critical problem, the problem we miss is the rainfall and the springs.”

In the coming years, rainfall extremes are predicted to rise, along with floods, according to the latest reports from the Intergovernmental Panel for Climate Change (IPCC), the UN body set up to assess the science on climate change. While some places are expected to become wetter, others will become drier. Erratic monsoons are already damaging crops, as IndiaSpend reported earlier, and could increase the number of hungry people in India. 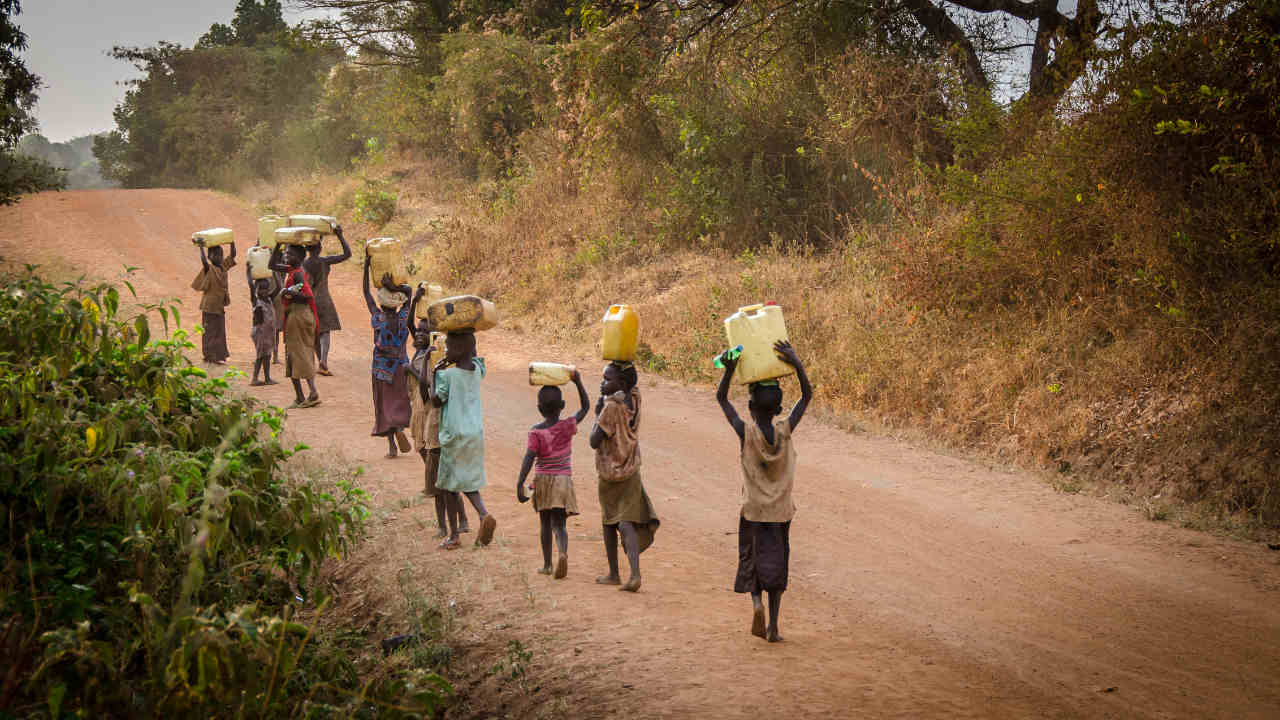 The people worst affected by the water crisis will be the poor, migrants and women.

“The climate and water story is simple,” explained Amir Bazaz, a senior climate change researcher at Indian Institute of Human Settlement (IIHS), Bengaluru. “The story is connected to precipitation. Climate change will change precipitation patterns and all your water bodies get water from precipitation as there is no other source.”

In the mountains, that water body is the spring — overexploited by increasing populations and not adequately recharged due to changing rainfall patterns.

What also complicates the search for a solution is that springs have not been mapped yet, nor is their seasonality understood, said Prakash. “The cities [in the mountains] are not ready for looming climate risks that IPCC reports have projected,” he said.

Of India’s 12 Himalayan states, Assam, Mizoram and the union territories of Jammu & Kashmir and Ladakh are the most vulnerable to climate change, as IndiaSpend reported earlier.

Experiences of water stress in the countries studied varied greatly over the years and along class, caste and gender lines. Rich households in Kathmandu spend 38.2 percent less on water than poor households, one of the studies in the series has found. Nearly 20 percent  of Kathmandu’s poor households do not have access to formal water supply, such as that managed by civic bodies. These homes depend on expensive informal water supply systems such as private water tankers.

The poor thus stand to gain if the water economy shifts from the informal to the formal. “There are vast inequalities and differential water rights for people,” said Prakash. Within households, in most cases, the burden of filling water falls on women, IndiaSpend had earlier reported from the plains of Odisha and Rajasthan. A similar trend has been documented in Nepal’s mountain regions.

Rural to urban migrants are another vulnerable group. In 2018, there were 28 million new displacements associated with conflict and disasters across 148 countries and territories, according to the Global Report on Internal Displacement released in May 2019.

So far, India has no system to count its climate migrants but it ranks fifth among the countries most vulnerable to the impacts of climate change, among 181 studied, as IndiaSpend reported in December 2019. The problem with Darjeeling is poor management of their resources and they are still using British era water systems. Image credit: Wikipedia

The series uses the example of Darjeeling in West Bengal — a town that lies in a water-rich region — to highlight potential solutions. Darjeeling’s problem is mainly due to mismanagement of water by the local municipal body as well as insufficient investments in overhauling old British-era water systems, the study said.

Answer to the water stress then is efficient local bodies and local solutions, the study suggests. More appreciation is also needed for women’s multiple roles in water management and how they could be part of the planning and decision-making processes. “We need solutions and need investments but they need to be mountain specific and they need to take into consideration existing knowledge sources,” said Molden.