This was likely the first Marsquake detected by InSight's instruments on the Red Planet.

NASA's InSight lander appears to have caught evidence of the first ever "faints rumbles" from inside Mars. This was likely the first Marsquake ever detected by instruments on the Red Planet.

Mission scientists working from data collected by the InSight lander, a robotic geologist sent by NASA to investigate the planet's quakes, tremors and heat escaping from the surface. Seismic tremors on Mars like the ones that we experience on Earth are something scientists have theorized and suspected for a long time, but only now found evidence for on data from 6 April.

The new discovery could go a long way in understanding the origins of our neighbouring planet. Tremors in Mars' interiors were also among the InSight mission's key science goals. The lander picked up on movement under its robotic feet in the first confirmed "marsquake" recorded in history.

The instrument that made the finding possible was a dome-shaped probe — the Seismic Experiment for Interior Structure (SEIS) — made its touchdown on Mars in December 2018 after hitching a ride on the InSight spacecraft. The SEIS instruments listen to vibrations on the surface of Mars caused by weather,  but also detect movement from deep within the planet (the so-called "marsquakes"), as well as other tremors that are caused by meteorites impacting the planet.

The SEIS is operated by the French space agency CNES, which reported that it had detected "a weak but distinct seismic signal" from the probe.

"We've been waiting months for our first marsquake," Philippe Lognonné, the principal investigator for SIES, said in a statement by CNES.

"It's so exciting to finally have proof that Mars is still seismically active." 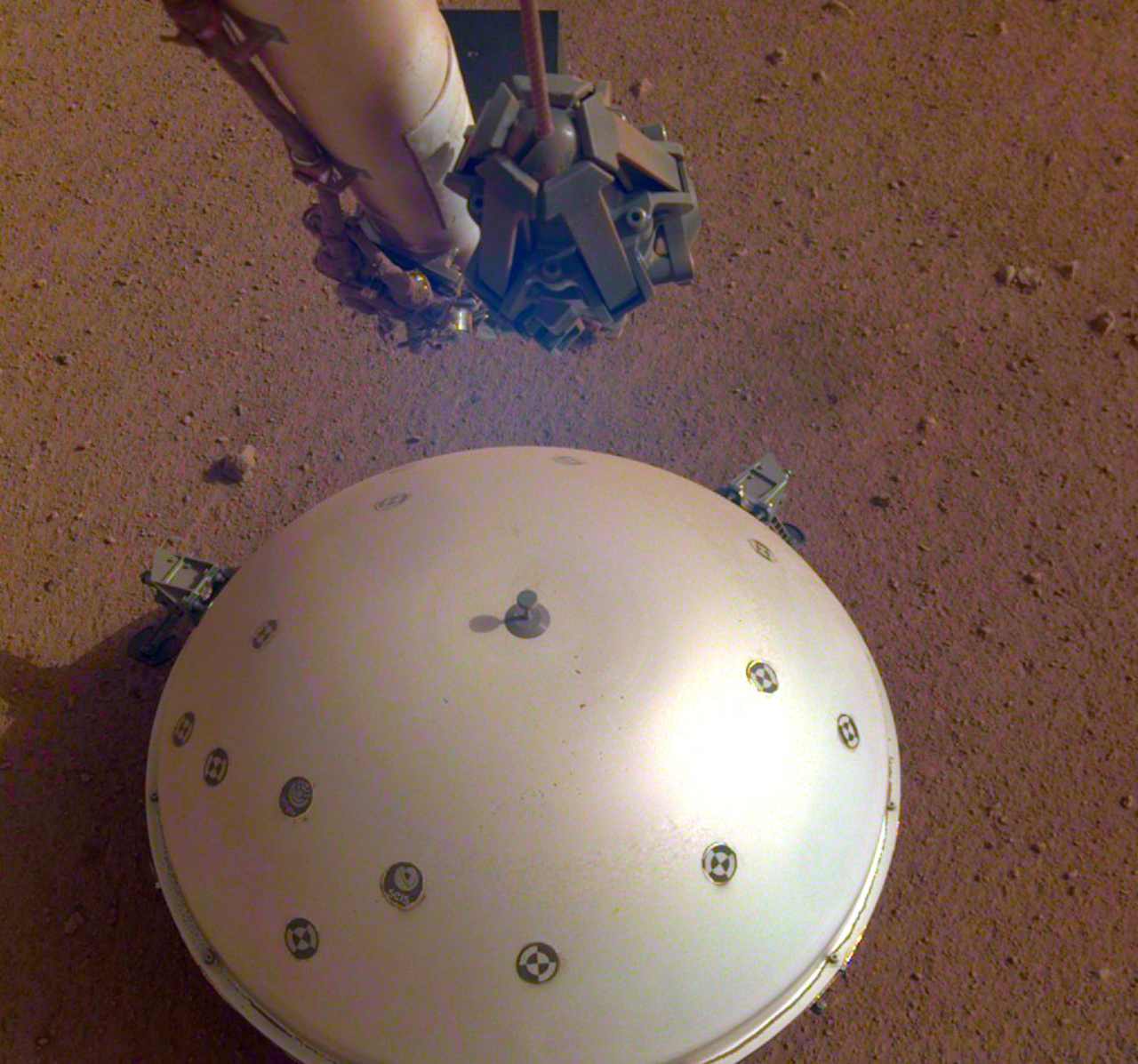 An image of InSight's seismometer taken on the 110th Martian day of the mission. Image credit: NASA/JPL-Caltech

While scientists suspected Marsquakes still exist, they didn't consider these rumbles to be as frequent as the ones we experience on Earth. Mars and the Moon do not have tectonic plates — massive fragments of the Earth's outer shell that glide over the mantle and rub against each other occasionally, releasing vibrations that are felt on the surface as Earthquakes. Yet, both still experience quakes.

The popular opinion among geologists is that the quakes on Mars and the Moon doesn't have to do with tectonic plates at all. On Mars, scientists suspected that quakes were caused by the slow cooling of planet's core over millions of years that may trigger sporadic quakes as energy swept through the interior of the planet. InSight's discovery of a confirmed Marsquake is big news, but its longer mission is quite the challenge: to study the structure of Mars's interior. This particular quake was not powerful enough to produce the data NASA needs to analyze either the cause or make sense of the structure within.

But InSight still has a decade and a half of exploration to dig up more answers about Mars and its past. And a discovery this big in its first year is a promising start.