Has technology made moving nuclear materials safe? Depends on whom you ask

The plutonium core for the first atomic weapon detonated in 1945 was taken from Los Alamos National Laboratory to a test site in the New Mexico desert in the backseat of a U.S. Army sedan.

Officials put other bomb parts inside a metal container, packed it into a wooden crate and secured it in the steel bed of a truck under a tarp, the U.S. Energy Department’s National Nuclear Security Administration says in a historical account. “Nuclear materials transportation has evolved since then,” the department posted online last year.

Today, radioactive shipments are hauled in double-walled steel containers inside specialized trailers that undergo extensive testing and are tracked by GPS and real-time apps.

But whether shipping technology has evolved enough to be deemed safe depends on whom you ask.

The Trump administration’s revival of a decades-old plan to move the nation’s most dangerous radioactive waste to a remote spot in the Nevada desert has reignited a long-running fight in the courts and Congress over how to safely get the hazardous remnants of decades of bomb-making and power generation to a permanent resting place.

“It seems to me, that part of the gist of the government’s argument is that, ‘We’ve been doing this a long time. We know what we are doing. You have to trust us,’” noted U.S. District Judge Miranda Du, who is considering a lawsuit Nevada filed against the Energy Department over weapons-grade plutonium secretly being sent there. 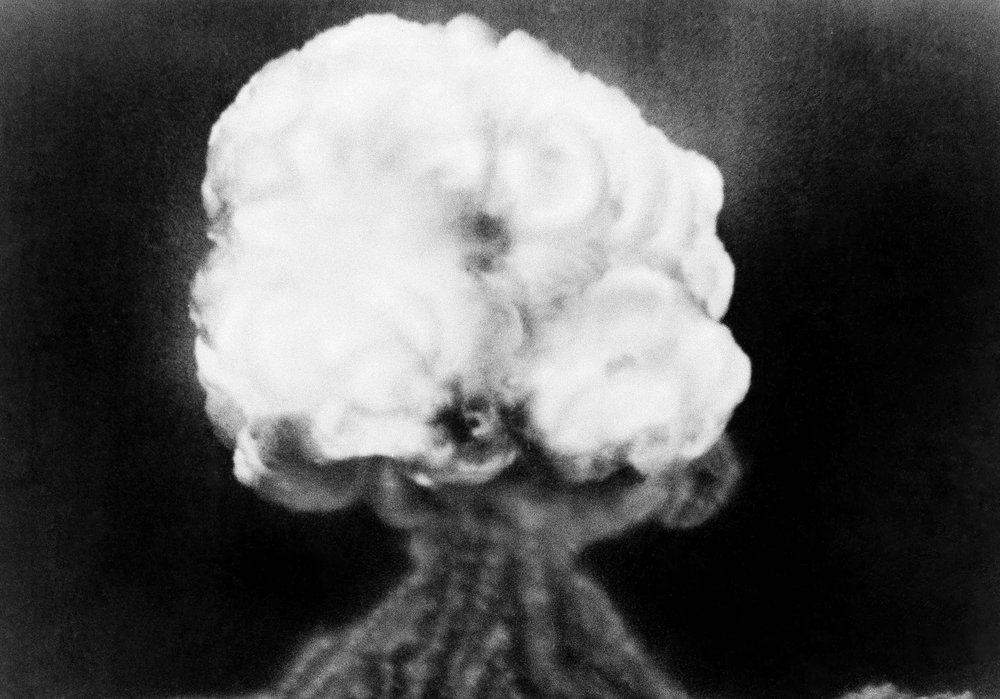 For its part, the government says there are no safety concerns.

The Nuclear Regulatory Agency in charge of regulating the commercial nuclear power industry says more than 1,300 shipments of spent fuel from nuclear power plants have been completed safely over the past 35 years. Four were involved in accidents, but none resulted in a release of radioactive material or a fatality due to radiation exposure.

“Over time we’ve continued to improve techniques, procedures, equipment to make sure these are as hard of a target ... and as safe of a vehicle as you can imagine,” he said.

But there have been close calls, said Robert Halstead, an analyst who has studied the dangers of transporting radioactive waste for 35 years and is head of Nevada’s Agency for Nuclear Projects.

A truck crash in 1971 killed a driver and propelled a cask full of nuclear waste into a ditch in Tennessee. The container was damaged, but no radioactive material leaked. 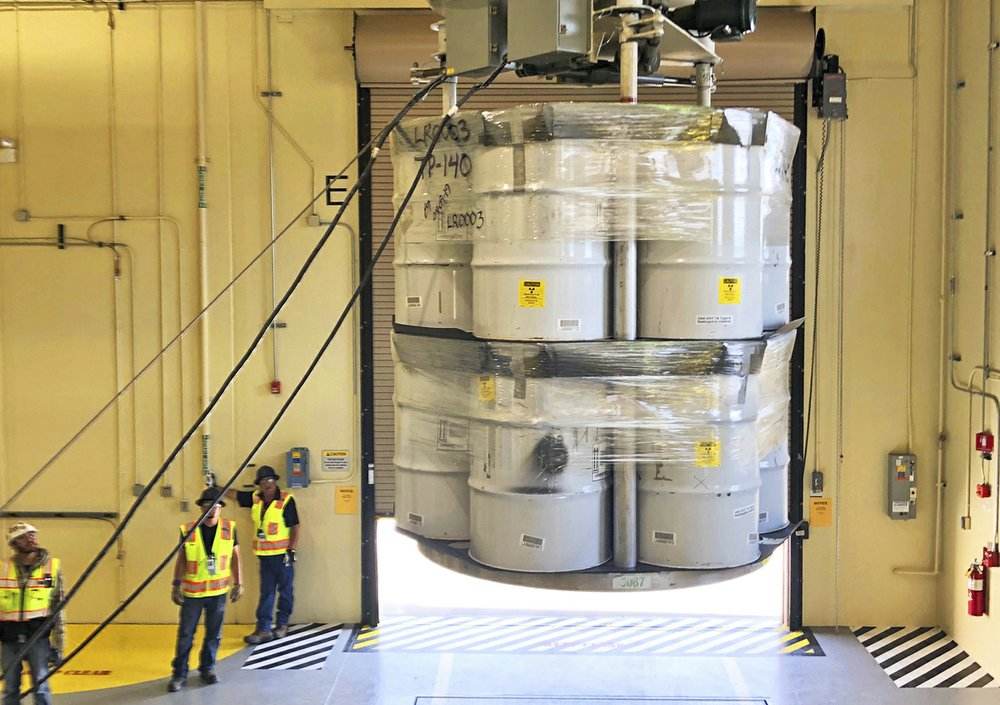 More recently a Tennessee contractor revealed earlier this year it may have mislabeled low-level nuclear waste — items such as contaminated equipment or workers’ clothing — that potentially was sent to Nevada over six years without the proper safeguards.

The Energy Department responded by announcing in July it will review all radioactive waste packaging and shipping.

Perhaps the greatest point of disagreement is whether the “rigorous testing” is rigorous enough. It would be dangerous and expensive to run tests involving explosions, fire or other hazards on a real cask of spent nuclear fuel. So it’s never been done in the United States.

“What isn’t clear is: ’What are the conditions under which the package would fail?” said Edwin Lyman, head of the nuclear safety project at the Union of Concerned Scientists, who has studied the hazards of nuclear shipments for 25 years. After radioactive waste is vitrified and sealed in large stainless steel canisters they are stored under a five-feet of concrete in a glass waste storage building at the Savannah River Site near Aiken. image credit: AP

To solve the long-time problem, the Trump Administration has revived a decades-old plan to move the nation’s most dangerous radioactive waste from around the country to a site 90 miles (145 kilometers) northwest of Las Vegas, the Yucca Mountain Nuclear Waste Repository. It was proposed to hold 77,000 tons (70,000 metric tons) of highly radioactive spent nuclear fuel in a maze of tunnels bored into an ancient volcanic ridge.

Nevada doesn’t want it. The state and its congressional delegation have been fighting the project and other attempts to store nuclear waste in Nevada for decades, and the Yucca Mountain project was shelved in 2010 under pressure from then-Senate Democratic Majority Leader Harry Reid of Nevada and President Barack Obama.

U.S. Rep. Dina Titus, a Nevada Democrat who helped defeat a GOP-led effort to restore funding to Yucca Mountain last May, called it “the latest attempt to force nuclear waste down Nevada’s throats.”

Meanwhile, the state has sued the federal government over the half metric ton of plutonium secretly shipped from South Carolina to the Nevada National Security Site. That site is separate from but close to the Yucca Mountain site. 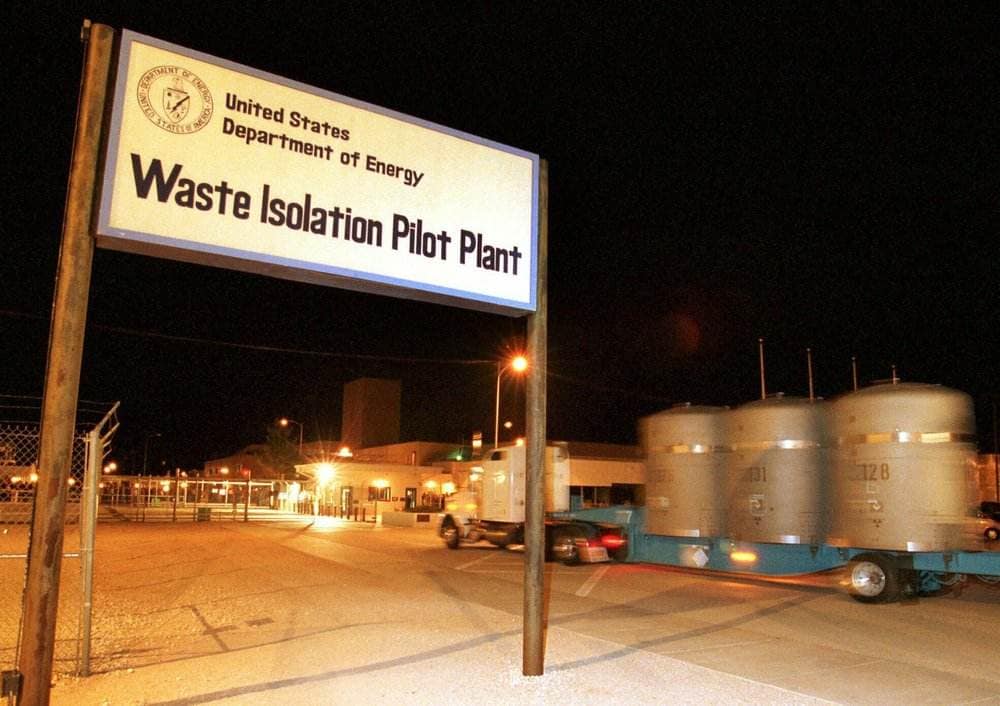 While U.S. leaders battle over where to ship the nuclear waste, the government says it has upgraded transportation containers and the way it hauls the material.

The original design for a nuclear waste container was a single-walled barrel, with a top crimp-sealed like a soup can. Now, containers are individually welded and double walled, with an outer wall designed to regulate pressure and prevent release of radioactivity and an inner wall with another pressure indicator.

They also use new communication systems to track shipments and their armed escorts in real time.

The Transportation Emergency Control Center in Albuquerque, New Mexico, tracks shipments round the clock with GPS and real-time apps like those used to find cellphones.

“When a shipment is on the road, we know exactly where they are, how fast they are going and what the future route is going to be,” said Phil Calbos, assistant deputy administrator for defense programs at the Energy Department’s National Nuclear Security Administration.

The requirements for those who handle nuclear material have also dramatically changed over the years, especially in the years since the 11 September 2001, terror attacks. They undergo frequent background checks and stringent licensing, and licensed contractors to identify security resources, equipment and technology to store and transport waste and provide local authorities with more information about shipments. The biggest change has been better technology to analyze the risks of potential accidents, according to Energy Department researchers.

Officials previously were forced to assume transportation containers, called casks, would break and release dangerous waste because they had no proof they wouldn’t.

But containers with real fuel inside don’t actually go through those rigors.

Using 3D computer models for the first time in 2014, the Nuclear Regulatory Commission determined no radioactive material would be released if a fuel tanker crashed with a truck hauling a container of spent nuclear fuel from a power plant.

The Nuclear Regulatory Commission, which sets testing standards and certifies containers, said the computer models provide “reasonable assurance of adequate protection of public health and safety” and that science shows scale-model testing can be relied on to make regulations. 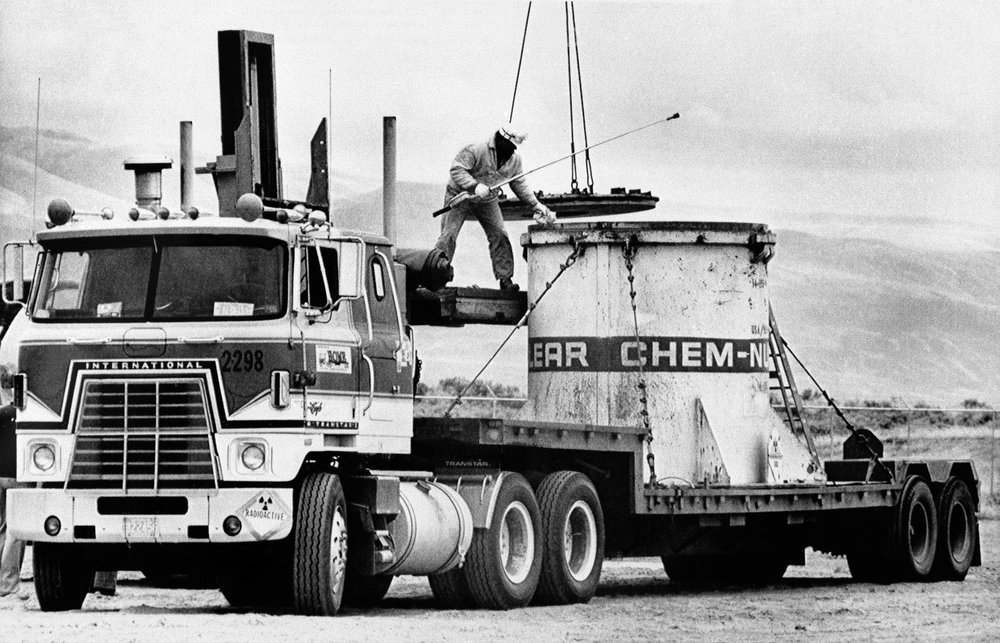 The General Accounting Office, an independent, nonpartisan arm of Congress that examines how taxpayer money is spent, “has no concerns that casks and rail cars can be built to an acceptably high safety standard,” said Frank Rusco, GAO’s chief of environment and natural resources.

But “getting societal acceptance of train loads of that stuff going from all these places is a bigger challenge,” he said.

The Western Interstate Energy Board, overseen by the 11 governors in the Western Governors Association and leaders of three western Canadian provinces, advocates full-scale testing. The association said last year that none of the 17 types of casks certified to transport spent nuclear fuel has been tested to failure.

Cost is the biggest obstacle to full-scale testing that would destroy containers, Halstead said. His 2012 report estimated tests for truck containers carrying spent nuclear fuel at $9 million and rail casks at $20 million. It might cost $15 million just to build a facility that could lift and drop a 170-ton (154-metric-ton) rail cask, his report said.