2.34 crore people, who depend on hand pumps & tube wells, are affected by the contamination of arsenic.

A new study has found that as many as 2.34 crore people in rural areas of Uttar Pradesh are exposed to high levels of arsenic in groundwater.

A total of 40 districts in the state are exposed to a high concentration of arsenic in groundwater. Balia, Barabankhi, Gorakhpur, Ghazipur, Gonda, Faizabad and Lakhimpur Kheri are the worst affected districts. Majority of them are in the floodplains of Ganga, Rapti and Ghaghara rivers. Ten other districts with a moderate risk of arsenic contamination are Shahjahanpur, Unnao, Chandauli, Varanasi, Pratapgarh, Kushinagar, Mau, Balrampur, Deoria and Siddharthnagar. 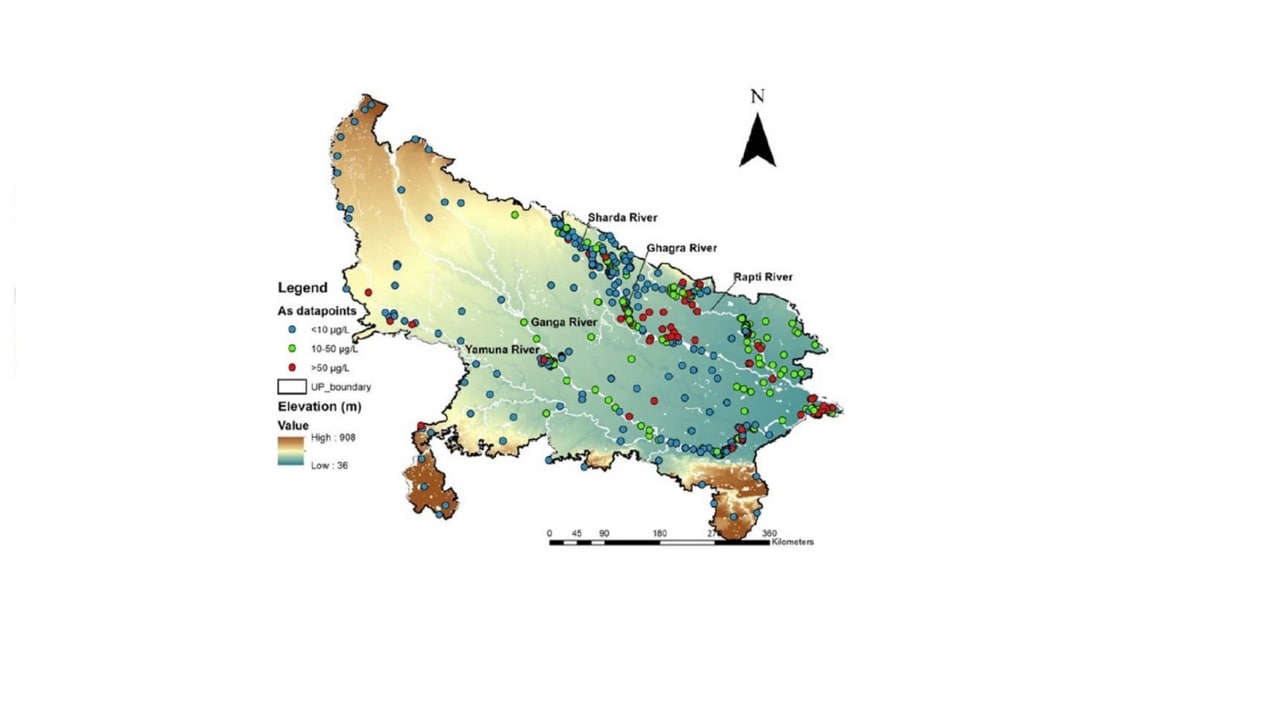 About 78 percent of the population in the state lives in rural areas and depends on groundwater for irrigation, drinking, cooking and other domestic use. Risk of exposure to arsenic is much higher in rural areas than cities as the piped water supply is not available in most villages.

Groundwater samples were tested using arsenic testing kits and findings were then validated in a laboratory. In all, 1680 groundwater samples from different regions of the state were analysed. Using these inputs, researchers developed a map of arsenic-affected regions reflecting the risk due to arsenic contamination.

Twenty parameters that affect the arsenic level in groundwater such as land cover, aquifer depth, the chemical and biological structure of the soil, drainage system etc were evaluated. “The risk map indicates the need for widespread testing of wells in various regions of Uttar Pradesh. It could be helpful in reducing the long-term exposure of people residing in highly populated clusters to arsenic. Within these identified regions, districts like Ballia, Varanasi, Gazipur, Gorakhpur, Faizabad, and Deoria are evidently experiencing a public health crisis due to arsenic exposure,”  said Dr. Chander Kumar Singh, who led the study at the TERI School of Advanced Studies, while speaking to India Science Wire.

Natural contamination of groundwater with arsenic poses a health threat in many regions where people rely on hand pumps or tube wells for drinking water. Arsenic exposure has cause skin lesions, skin cancer, bladder, lungs and cardiovascular diseases as well as reduced intellectual function in children.

Apart from Dr. Singh, his research student Sonal Bindal was involved in the study. The study results have been published in journal Water Research.