She said that the prize was not just for her but the millions of youth who have taken part in weekly school strikes held every Friday.

The 16-year-old, who is taking a year out of high school, received a standing ovation from students at The George Washington University in the US capital where the ceremony was held.

"The politics required to take on this crisis simply doesn't exist today," Thunberg said, standing on a step to reach the microphone. "That is why every single one of us must push from every possible angle to hold those responsible accountable and to make the people in power act." 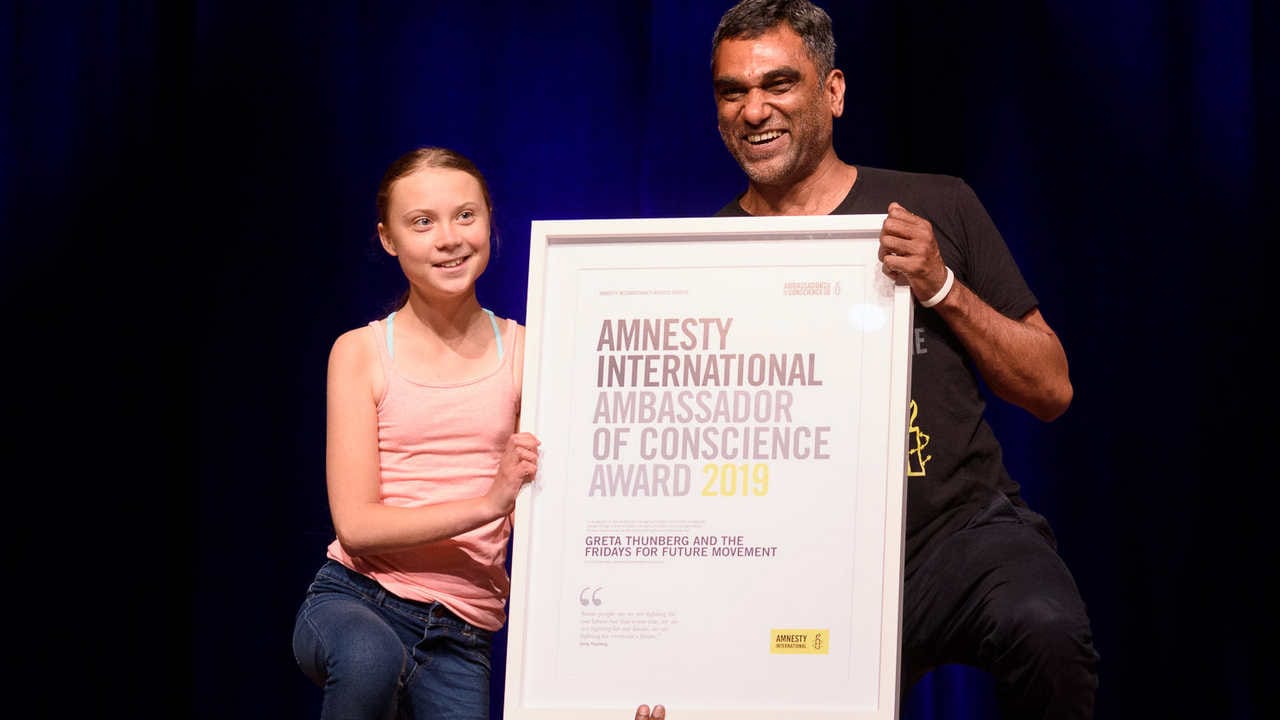 She added that the prize was not just for her but the millions of youth who have taken part since last year in weekly school strikes held every Friday, inspired by the sit-in she began outside Sweden's parliament in August 2018.

The next of these will be on 20 September, a day when Thunberg and thousands of New York students are expected to pour into the streets as part of a "global climate strike" along with other protests around the world.

That will be followed on Saturday by the first Youth Climate Summit at the UN and the Climate Action Summit on Monday, which the UN chief has convened because the world's biggest polluters remain woefully behind their greenhouse gas emissions targets.

Thunberg spoke forcefully Monday about the "destruction" of the planet and the large-scale deaths that could come about as a result of climate change, water and air pollution and the destruction of food chains.

But she said she also saw an "awakening." "Even though it is slow, the pace is picking up and the debate is shifting," she said, before concluding: "See you on the street!" She was joined on stage by some young American activists.