If the ice sheet were to vanish altogether, it would lift global oceans by nearly seven metres.

The ice sheet atop Greenland — which holds enough frozen water to swamp coastal cities worldwide — has melted to the ground at least once in the last million years despite CO2 levels far lower than today, stunned scientists have reported. The surprise discovery of plant fossils in soil samples extracted in the 1960s by US army engineers from beneath two kilometres of ice is smoking-gun proof that Greenland — three times the size of Texas — was covered with lichen, moss and perhaps trees in the not-so-distant past. 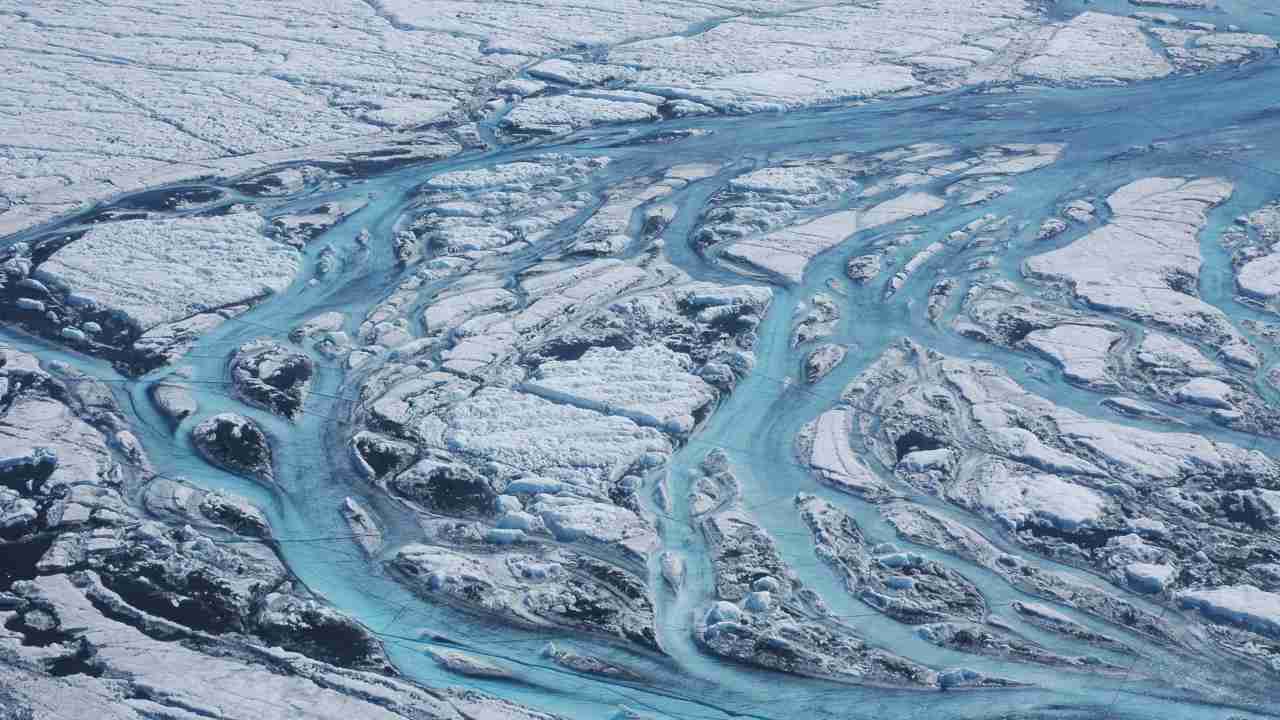 Melting ice in Greenland has been higher than it has ever been in recent years. Image credit: Woods Hole Oceanographic Institution

It is also a red flag for the accelerating impact of climate change.

"Our findings tell us the Greenland ice sheet is vulnerable," Paul Bierman, a geologist at the University of Vermont and lead author of a study this week in the Proceedings of the National Academy, told AFP.

Until the late 1990s, Greenland's ice sheet was roughly in balance, gaining as much mass through snowfall as it lost in summer from crumbling glaciers and melt-off.

But over the last two decades, the gathering pace of global warming has upended that balance.

In 2019, Greenland cast off more than half-a-trillion tonnes of ice and meltwater, accounting for 40 percent of total sea level rise that year.

If the ice sheet were to vanish altogether, it would lift global oceans by nearly seven metres (22 feet).

Even a rise of two metres would redraw the world's coastlines and render land occupied today by hundreds of millions of people uninhabitable.

"This is not a 20-generation problem," Bierman said. "This is a problem for the next 50 years."

The physical evidence of sun-drenched landscapes on Greenland within the last million years would not exist but for a Cold War scheme to hide hundreds of nuclear missiles under a mountain of ice about 120 kilometres (75 miles) inland from the island's northwest coast.

In constructing Camp Century — presented to the world as a polar science station — US government scientists drilled a 1.4 kilometre (4,560-foot) ice core, including a few plugs of frozen dirt at the end.

The soil samples wound up in a freezer in Denmark, where they were rediscovered in 2017 and sent to the University of Vermont.

Bierman recalls the shock of realising what they contained.

"I looked into the bin of water in which we'd washed the sediment and did a double-take," he said. "Floating on the surface was something black and small."

Bierman handed the unidentified object to his colleague and co-author Andrew Christ.

"He looked down the barrel of the microscope and screamed. It was a twig from under a mile of ice — amazing!"

Samples were examined by four teams of researchers in the US and Europe, and dated by measuring variations in atoms, radioactivity and luminescence.

The results suggest the ice sheet disappeared about one million years ago, and very possibly again about 600,000 years later.

Most disconcerting, perhaps, are the conditions under which the ice sheet melted.

The main driver of global warming today is the accumulation in the atmosphere of CO2, which has risen since the mid-19th century from about 285 parts per million (ppm) to about 415 ppm today.

It has long been assumed that it would probably take even higher concentrations to push Greenland's ice sheet past the "tipping point" of irreversible melting.

"CO2 ranged naturally over the last million years from about 180 ppm to 290 ppm," barely above the pre-industrial mark against which global warming is currently measured.

The UN's climate science advisory panel, the IPCC, has forecast sea-level rise from all sources of just under a metre by century's end.