Creating a universal flu vaccine would effectively cure a disease that appears to be on the rise and diversifying with time.

After stepping down as CEO of Google’s parent company Alphabet, Larry Page seems to be following in the footsteps of another retired tech mogul, devoting time and resources to tackling challenges in global health. Page has been funnelling millions of dollars into flu vaccine research, through his charity, the Carl Victor Page Memorial Foundation.

The Foundation then gives the funds over to two companies — Shoo the Flu and the Flu Lab, as per a report in TechCrunch. Both these companies focus on distribution and research into the flu vaccine, working towards the ultimate goal of developing a universal flu shot.

Shoo the Flu is a community-based public health initiative to prevent the seasonal flu with local, school-based, free vaccination drives in Oakland, California. Having the same management team as 'Flu Lab' at present, the two efforts are soon expected to merge into one effort very soon, as per the TechCrunch report. 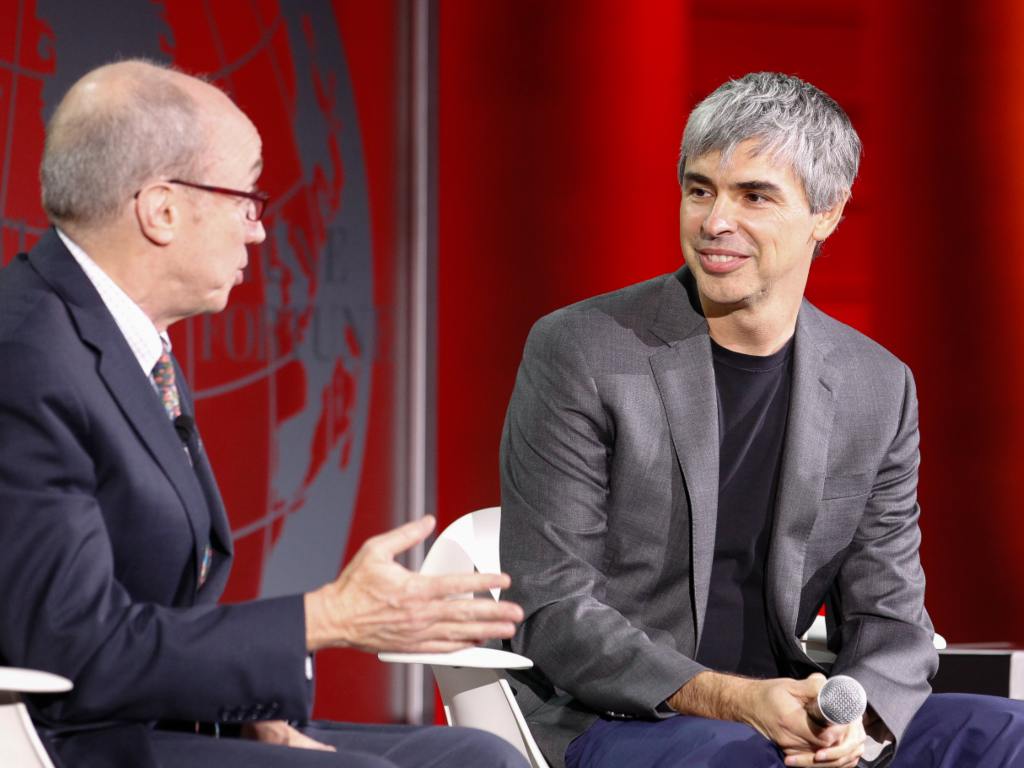 Larry Page (R) and Alan Murray speak during the Fortune Global Forum at the Legion Of Honor in San Francisco, November 2015. Image: Getty

Fighting the flu is no easy task

What many people simply refer to as "the flu" is influenza, which is one of the most widespread illnesses in the world today. The infection is caused by the influenza virus — which has two broad strains (influenza virus strain A and strain B). Each year since 2010, the number of flu victims has been on the rise, with the total number of cases ranging between 10-45 million in the US alone, according to the Centers for Disease Control and Prevention (CDC).

The medical and research professionals today are doing a masterful job of predicting which strains and subtype are making the rounds in the early stages of flu season. Yet, vaccines, which are the only means of eliminating the flu from its "public health threat" status, aren't an easy idea to sell to people — especially considering the recent surge in popularity of "anti-vaccine" protests.

Without a vaccination for influenza, a run-of-the-mill flu infection can be debilitating to an otherwise healthy human being. It could also be lethal to the elderly or frail, which makes them vaccinations a tool of paramount importance in the fight against influenza (or any preventable infection for that matter). The only real problem: flu vaccines are not (yet) consistent in their efficiency. An electron microscope image of the H1N1 influenza virus, taken at the CDC's Influenza Laboratory. Each virus is a mere 80–120 nanometres in diameter. Image: CDC/Wikimedia Commons

What makes the flu a tricky infection to vaccinate people against is the very nature of the virus itself. Each strain of the influenza virus has many different subtypes, and doctors need to administer the correct vaccine every time for it to be effective. The influenza virus is naturally capable of being crafty and evasive in the way it infects us — constantly changing its own DNA and composition (in a method called 'antigenic drift') so the body can't double down and mount a targetted attack at any single strain. These changes are also random, making it hard for researchers to predict what a certain virus ultimately changes into. It is most pronounced in influenza A viruses.

The administered vaccine needs to target a specific strain and subtype circulating in the population for a preventive approach to influenza to work at all. And that's a year-on-year project for microbiologists and pathologists researching influenza.

What a Universal Flu Shot could do

The broad agenda in the research community as a response to the year-on-year influenza ritual is to create a so-called "universal" flu vaccine, which can provide long-lasting protection for all age groups from multiple influenza subtypes, including cases that can potentially cause a pandemic. Creating a universal flu vaccine would effectively cure a disease that appears to be on the rise and diversifying with time.

The actual universal flu shot is probably still years away, according to a report from The Verge. Presently, there already are vaccines that prevent influenza — but there's a catch. Specialists have to keep creating vaccines that target specific flu strains if they want this preventive strategy to be effective. Moreover, many universal-vaccine programs have shown promise in pre-clinical and clinical testing.

That said, there's really no guarantee that any of the money being pumped into the R&D of a universal flu shot will ultimately pay off with the broad, umbrella protection to all influenza, which is ultimately what doctors and clinicians want. So every thousand/million/billion dollars being contributed towards the development of such a vaccine gets us one machine/scientist/laboratory closer to finding out for good: can there really be one shot to rule them all?

HIV Vaccine Awareness Day: From history to significance, all you need to know about day