A golden halo glinting 12 billion light years away is the farthest galaxy resembling our Milky Way yet spotted, astronomers said Wednesday, adding the "surprisingly unchaotic" infant star system challenges our understanding of the early years of the Universe.

The galaxy, called SPT0418-47, is so far away that it took billions of years for its light to reach Earth and so our image of it is from deep in the past, said the European Southern Observatory (ESO), which was involved in the discovery.

This was when the Universe was 1.4 billion years old – just 10 percent of its current age – and galaxies were still forming. 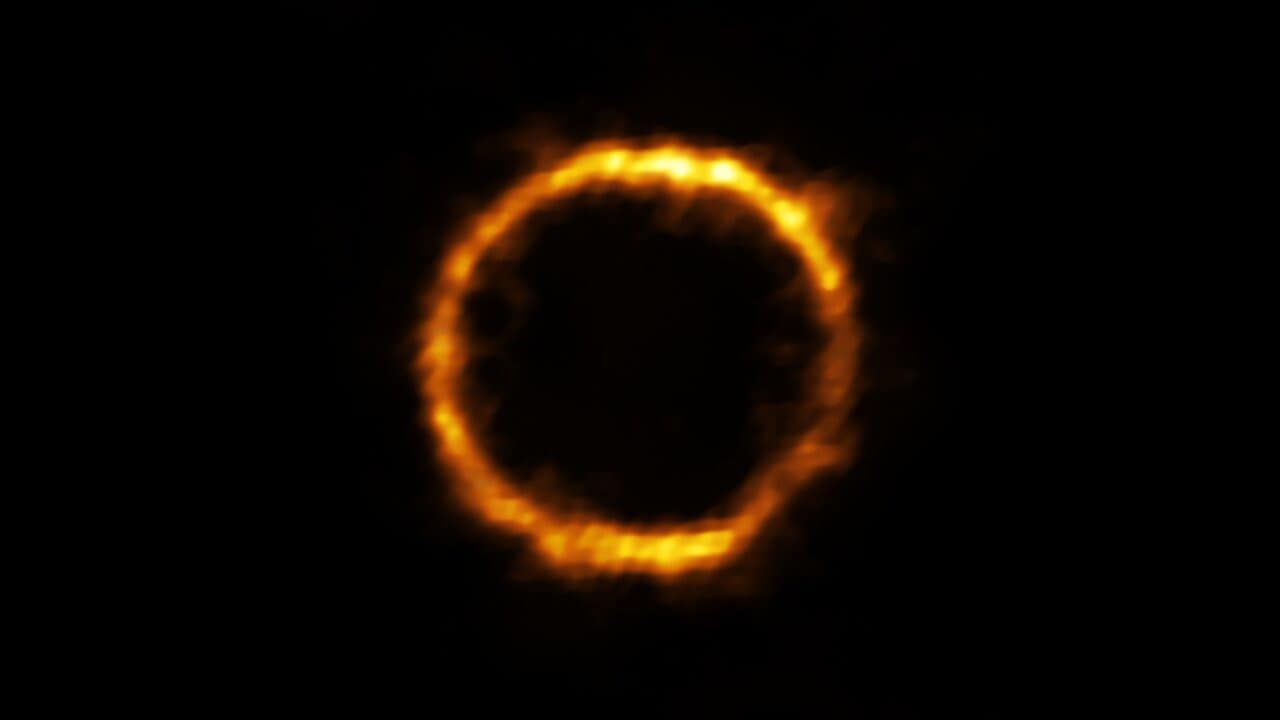 Astronomers using ALMA, in which the ESO is a partner, have revealed an extremely distant galaxy that looks surprisingly like our Milky Way. The galaxy, SPT0418-47, is gravitationally lensed by a nearby galaxy, appearing in the sky as a near-perfect ring of light. Image: ESO/ALMA

The "baby" SPT0418-47 was picked up by the powerful Alma radio telescope in Chile using a technique called gravitational lensing, where a nearby galaxy acts as a powerful magnifying glass, the ESO said in a statement.

It has features similar to our Milky Way – a rotating disc and a bulge, which is the high density of stars packed tightly around the galactic centre.

"This is the first time a bulge has been seen this early in the history of the Universe, making SPT0418-47 the most distant Milky Way look-alike," the ESO said.

Researchers expect these young star systems to be chaotic and without the distinct structures typical of mature galaxies like the Milky Way.

But SPT0418-47 appeared "surprisingly unchaotic, contradicting theories that all galaxies in the early Universe were turbulent and unstable", it said.

"This unexpected discovery suggests the early Universe may not be as chaotic as once believed and raises many questions on how a well-ordered galaxy could have formed so soon after the Big Bang," the ESO said. 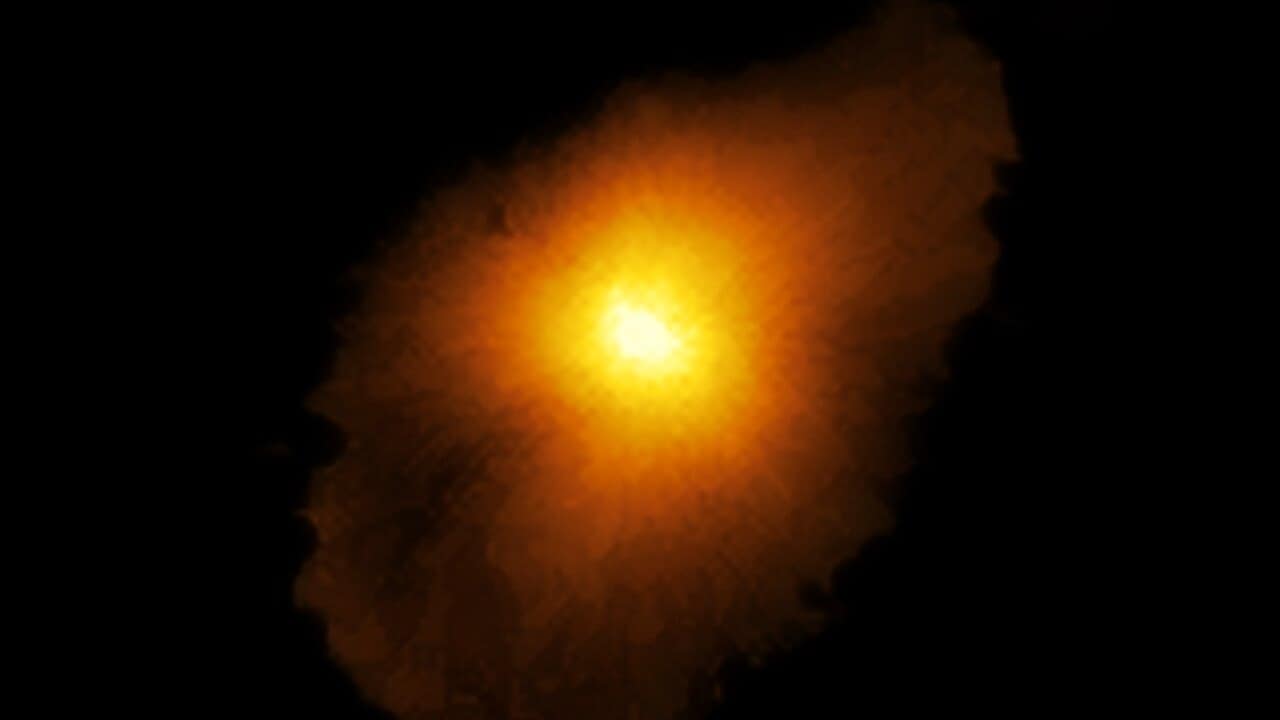 The research team reconstructed the distant galaxy’s true shape, shown here, and the motion of its gas from the ALMA data using a new computer modelling technique. Image: ESO/ALMA

Simona Vegetti, from the Max Planck Institute for Astrophysics, said the discovery was "quite puzzling".

"Despite forming stars at a high rate, and therefore being the site of highly energetic processes, SPT0418-47 is the most well-ordered galaxy disc ever observed in the early Universe," said Vegetti, who co-authored the research published Wednesday in Nature.

"This result is quite unexpected and has important implications for how we think galaxies evolve."