The only other living member of the tortoise species was seen in 1906, according to conservationists.

A living member of a species of tortoise that hasn't been seen in over 110 years and feared to be extinct was found in a remote part of the Galapagos island of Fernandina.

An adult female Chelonoidis phantasticus, also known as the Fernandina Giant Tortoise, was spotted Sunday by a joint expedition of the Galapagos National Park and the US-based Galapagos Conservancy, Ecuador’s Environment Ministry said in a statement.

Investigators think there may be more members of the species on the island because of tracks and scat they found. The team took the tortoise, likely more than 100 years old, to a breeding center for giant tortoises on Santa Cruz Island where it will stay in a specially-designed pen. 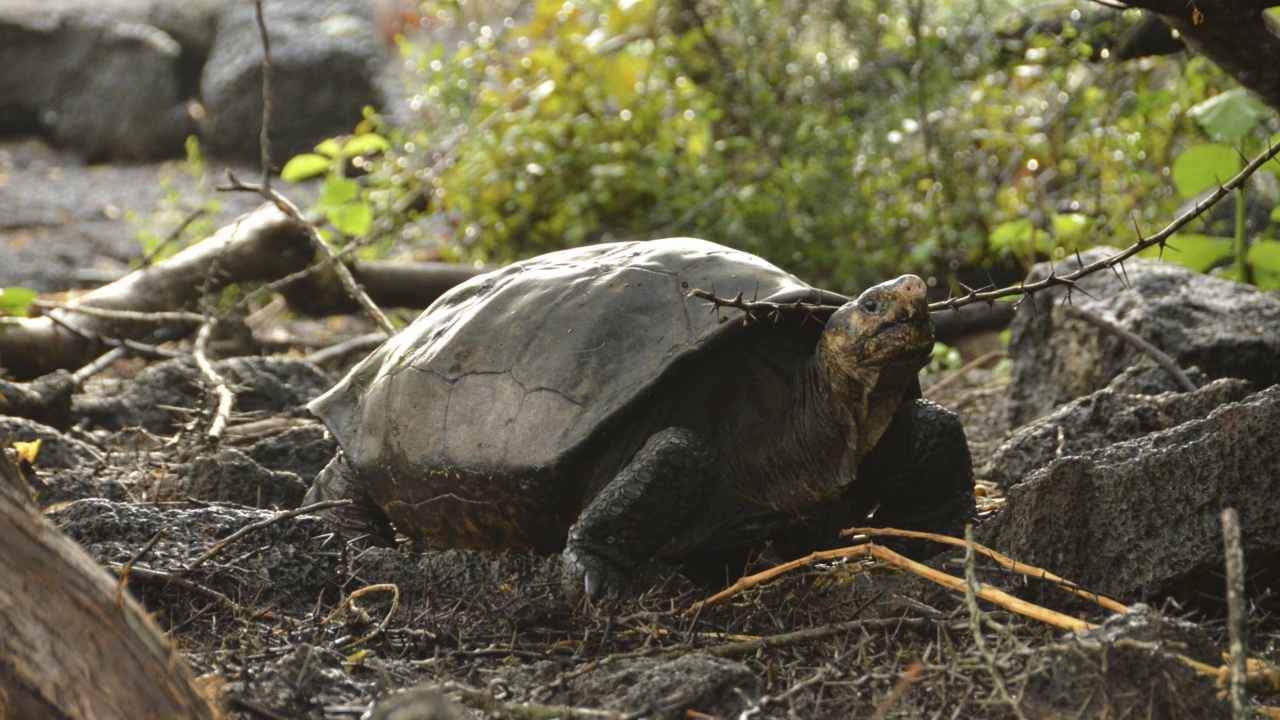 The International Union for Conservation of Nature has the Fernandina Giant Tortoise listed as critically endangered and possibly extinct.

The only other living member of the species was found in 1906, the group said. Since then, expeditions have encountered tortoise scat and bite marks on cacti, and there was a possible unconfirmed sighting in 2009. But Sunday’s discovery was the first confirmed sighting and together with the possibility of finding more members of the species has raised the possibility of breeding.

“They will need more than one, but females may store sperm for a long time,” said Stuart Pimm, a professor of conservation ecology at Duke University. “There may be hope.” Fernandina is the third largest Galapagos island and features the La Cumbre volcano, one of the most active in the world. The archipelago lies in the Pacific Ocean about 1,000 kilometers (620 miles) off Ecuador’s mainland.

In listing the Fernandina tortoise as possibly extinct, the conservation group said on its website that the species may have succumbed to “the frequent volcanic lava flows that nearly cover the island.”

The Galapagos archipelago hosts unique species and wildlife whose characteristics helped Charles Darwin develop his theory of evolution. It was declared a UNESCO World Heritage site in 1979.

The Environment Ministry said the expedition was financed by Animal Planet for its series "Extinct or Alive".