Africa's giant pangolins are among the most trafficked mammals in the world for scales & meat.

Rare footage of one of the world's most trafficked mammals, the giant pangolins of Africa, has been captured by British conservation researchers from the Chester Zoo.

🎥 MUST WATCH 👀
Very rare NEW footage of GIANT PANGOLINS in the wild.
Pangolins - the world's most trafficked mammals - are being pushed to extinction. But zoo conservationists are conducting the FIRST pangolin study in Uganda. Vital data could help us prevent their extinction. pic.twitter.com/lkEPRmNL3O

The pangolin, which also goes by the name 'scaly anteater' for its hard and protective armour, is seen sitting on its super-strong tail as it holds on to a tree with its claws.

The video was captured at the Ziwa Sanctuary in Uganda, East Africa, using 70 motion-sensor trail cameras that were scattered around the sanctuary's trails by the zoo's team. New innovations in sensitive trail cameras have helped researchers study these rare and shy nocturnal creatures better than ever before. Giant pangolins are one of four different species protected by the African reserve. They share the habitat with protected rhinos, which too are under rising threat from poaching.

In a different scene captured by the remotely-operated cameras, a baby pangolin is seen clinging to an adult's back as it rummages through bushes.

By watching these rare creatures, researchers hope to better understand the little-known, secretive nocturnal species, which are only found in equatorial Africa today. Their numbers have been on a steady decline towards extinction from illegal hunting for their tough scales and exotic meat. 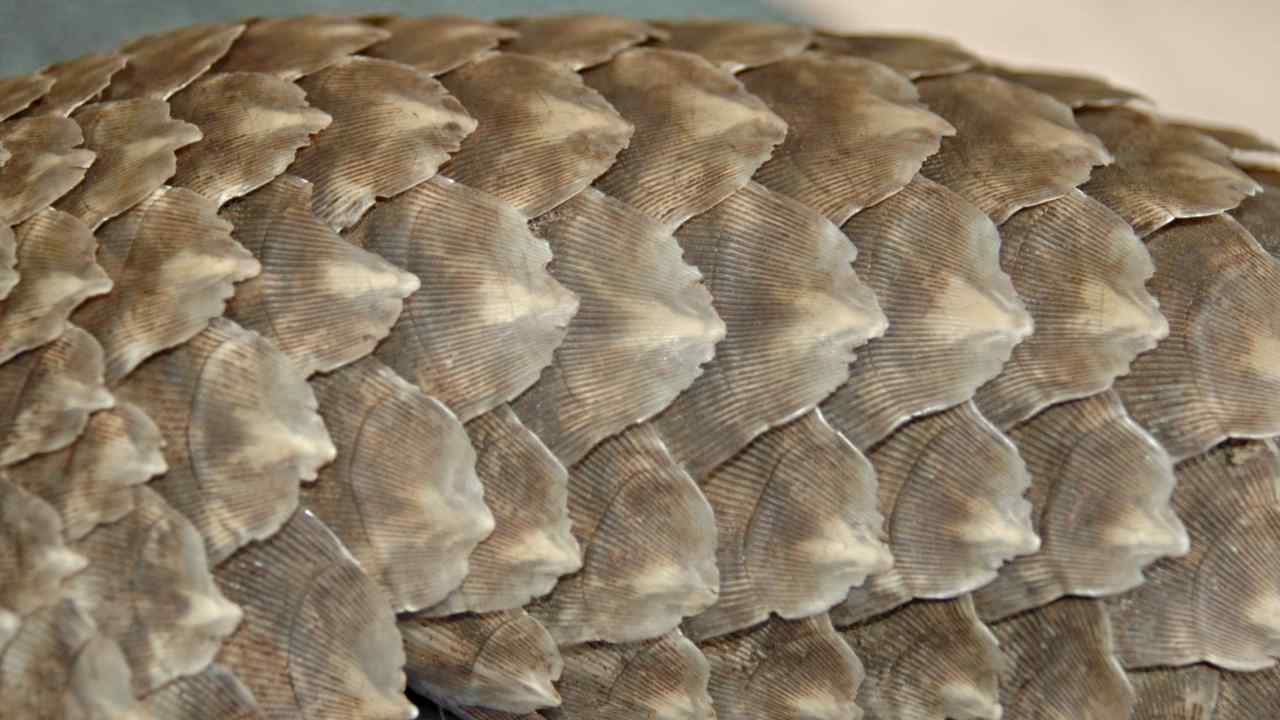 "With no giant pangolins in zoos or safari parks anywhere in the world, all our conservation efforts must focus on saving them in the wild," Stuart Nixon, lead researcher at the Chester Zoo's Africa field programme, told AFP.

"The race is on against criminal networks that only value dead pangolins, to save this species and protect them well into the future."

Sam Mwandha, the executive director of the Uganda Wildlife Authority, called the rare sights of giant pangolins "very exciting". He also stressed the need to "protect and conserve the highly threatened species for future generations."