Homo sapiens originated in Africa more than 300,000 years ago and later spreading worldwide.

Genetic research that reconstructed the past population dynamics of the cave bear, a prominent prehistoric denizen of Europe, implicates Homo sapiens rather than climate cooling in the Ice Age extinction of these brawny plant-loving beasts.

The cave bear (scientific name Ursus spelaeus) was one of the charismatic inhabitants of Ice Age Europe alongside animals like the cave lion, woolly rhino, woolly mammoth and steppe bison. It was as big as a polar bear but strictly herbivorous. Firmly in the consciousness of humans in Europe, the bear was depicted in prehistoric cave paintings. There has been scientific debate about whether a cooling climate doomed the bears by reducing vegetation central to their diet or whether it was human encroachment including hunting and taking over the caves where the bears hibernated and gave birth.

The steep population decline identified in the study predated climate cooling associated with the most recent Ice Age, said paleogeneticist Verena Schuenemann of the University of Zurich in Switzerland.

The bear’s population also had remained stable for long periods prior to that, including two pronounced cold stretches and multiple other cooling episodes, Schuenemann added.

Homo sapiens originated in Africa more than 300,000 years ago, later spreading worldwide. The study offered fresh evidence that the arrival of Homo sapiens presaged doom for numerous species across Eurasia, the Americas and Australia. 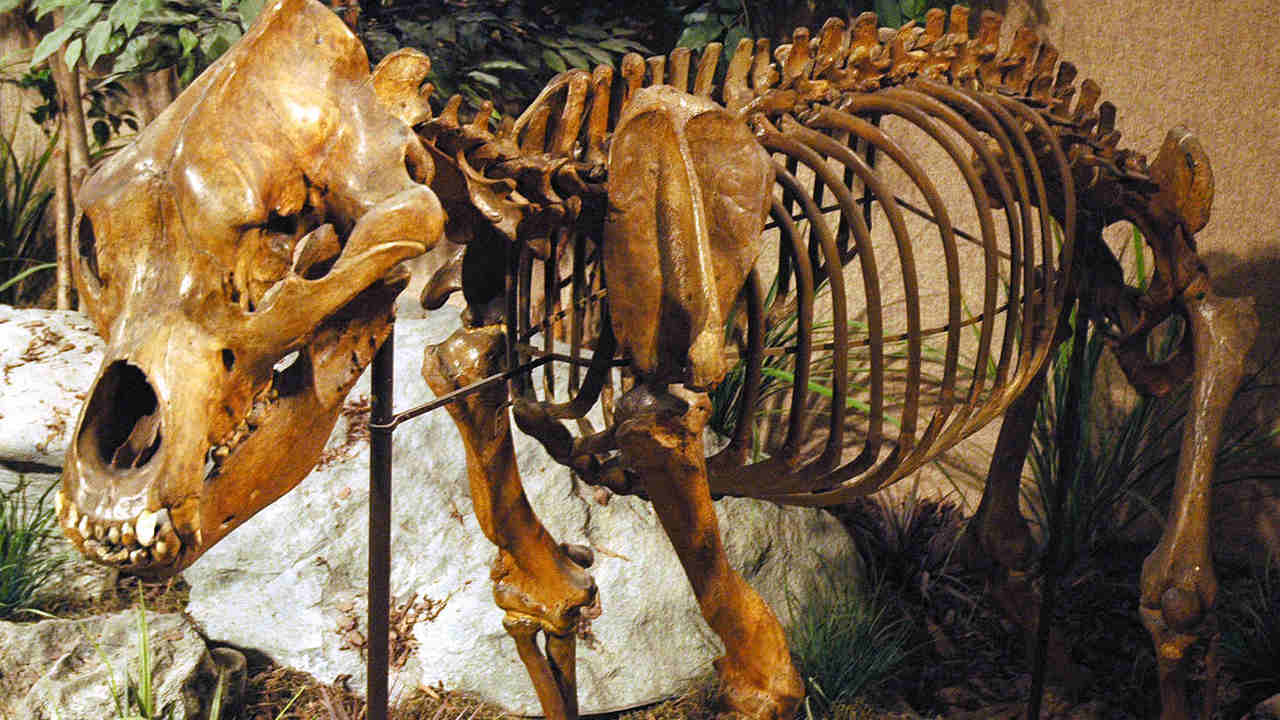 “There is more and more evidence that modern humans have played a determinant role in the decline and extinction of large mammals once they spread around the planet, starting around 50,000 years ago,” biogeologist Hervé Bocherens of the University of Tübingen in Germany said.

“This happened not just by hunting these mammals to extinction, but by causing a demographic decline of keystone species, such as very large herbivores, that led to ecosystems’ collapse and a cascade of further extinctions,” Bocherens added.

Before the arrival of Homo sapiens, the bear’s population had remained robust even though it shared its territory with another human species, the Neanderthals, who also went extinct after Homo sapiens invaded Eurasia.

The research was published in the journal Scientific Reports.