Geminid meteor showers 2020 to be visible for the last time today: Where and how to watch it in India?

The Geminids Meteor Shower originates from the Gemini constellation and its source is the 3200 Phaethon which is either an asteroid or a rock comet.

Today is the last chance to see the Geminds meteor shower before it comes to an end and you have to wait till next year. The showers are visible for nearly two weeks from 4-16 December. They peak during mid-December each year, are considered to be one of the best and most reliable annual meteor showers. The best time to watch the meteor showers is during the night and in the predawn hours. They are visible across the globe and starts around 9.00 pm-10.00 pm. However, the best time to watch the Geminids is about 2.00 am in the local time zone, reported Space.com. 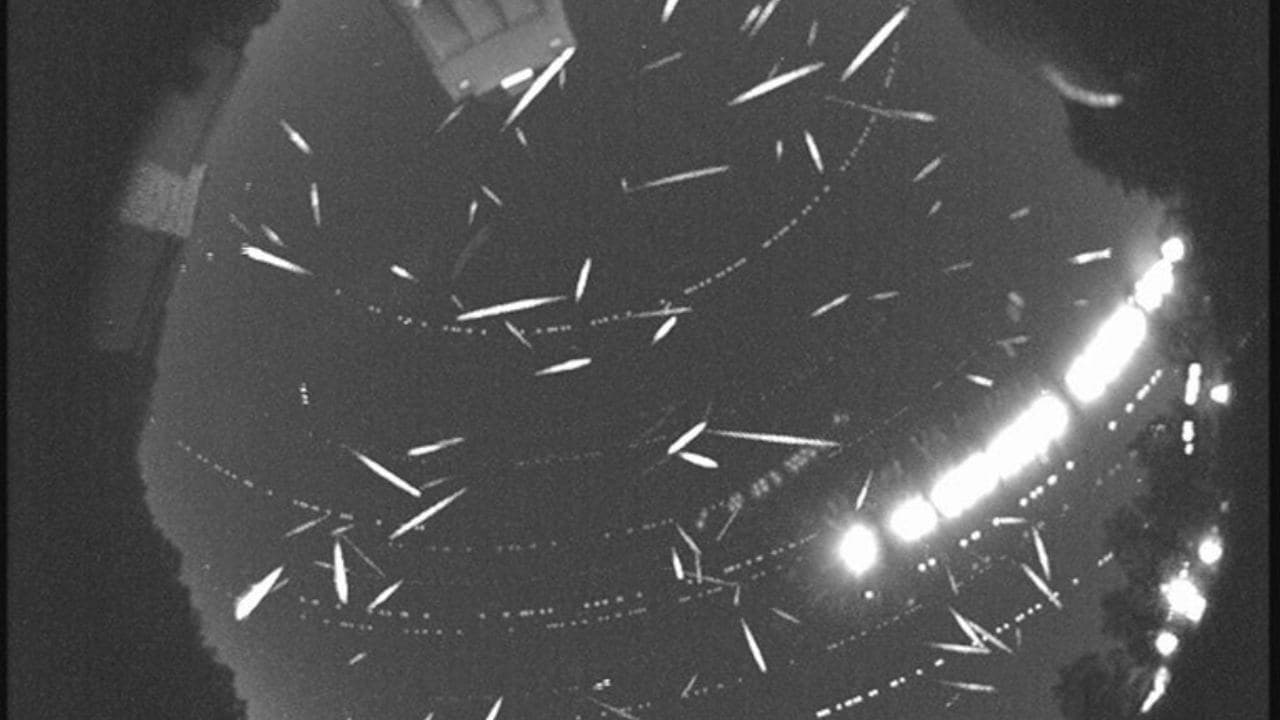 Over 100 meteors are recorded in this composite image taken during the peak of the Geminid meteor shower in 2014. Credit: NASA/MSFC/Danielle Moser, NASA's Meteoroid Environment Office

"While it is expected around December 13-14 night, one can probably also see some meteors on early evening hours of 14 December," PTI quoted Director of M P Birla Planetarium and well-known astrophysicist Debiprasad Duari.

He also said the Geminid meteor shower can be viewed from every part of India if the sky conditions are favourable.

What is the Geminids Meteor Shower? What causes it?

The Geminids Meteor Shower is believed to originate from the Gemini constellation, from where it gets the name. The source of the meteor shower is the rocky 3200 Phaethon which might be either an asteroid or a possible "rock comet. It may have crashed with another flying object, thereby leaving space debris.

As the Earth passes through the trail of debris left by the asteroid, the debris hits the planet's atmosphere. There’s little danger of any Geminids landing on earth. The debris from the collision hits Earth's atmosphere, at speeds of up to 70 kilometres per second, that causes the debris to burn up, producing streaks of light. And these streaks in the sky, known as meteors, can be caused by particles as small as a grain of sand.

According to NASA, the Geminids first began appearing in the mid-1800s. However, the first showers were not noteworthy with only 10 - 20 meteors seen per hour. Since that time, the Geminids have grown to become one of the most major showers of the year.

During its peak, 120 Geminid meteors can be seen per hour under perfect conditions. The Geminids are bright and fast meteors and tend to be yellow in colour. It travels at 127,000 km per hour or 35 km per second.