It marked the first time a complete ancient city was mapped using ground-penetrating radar (GPR) with no excavation – a costly and time-consuming affair.

In a glimpse into the future of archeology, researchers have used ground-penetrating radar to map an entire ancient Roman city, detecting remarkable details of buildings still deep underground including a temple and a unique public monument.

The technology was used at Falerii Novi, a walled city spanning 75 acres (30.5 hectares) about 30 miles (50 km) north of Rome, researchers said on Monday.

Falerii Novi was founded in 241 BC during the time of the Roman Republic and was inhabited until around 700 AD in the early Middle Ages.

It marked the first time a complete ancient city was mapped using ground-penetrating radar (GPR), which lets researchers explore large-scale archeological sites expeditiously without excavation, which can be costly and time-consuming.

The technology can “see” beneath the surface using a radar antenna that sends a pulsed radio signal into the ground and listens for the echoes bouncing off objects. The GPR equipment was pulled over the surface using an all-terrain vehicle. A slice of GPR data from the ancient Roman city of Falerii Novi in Italy reveals the outlines of the town's buildings, captured on 8 May 2020. Image: L Verdonck via Reuters

“This took one person about three to four months in the field,” said Martin Millett, a University of Cambridge classical archaeology professor who helped lead the study published in the journal Antiquity. “This really does change how we can study and understand Roman towns - the way of the future for archaeology.”

Falerii Novi, not quite half the size of ancient Pompeii, had previously been partially excavated but most remained buried. With a population of perhaps 3,000 people, it boasted an unexpectedly elaborate public bath complex and market building, at least 60 large houses and a rectangular temple with columns near the city’s south gate. 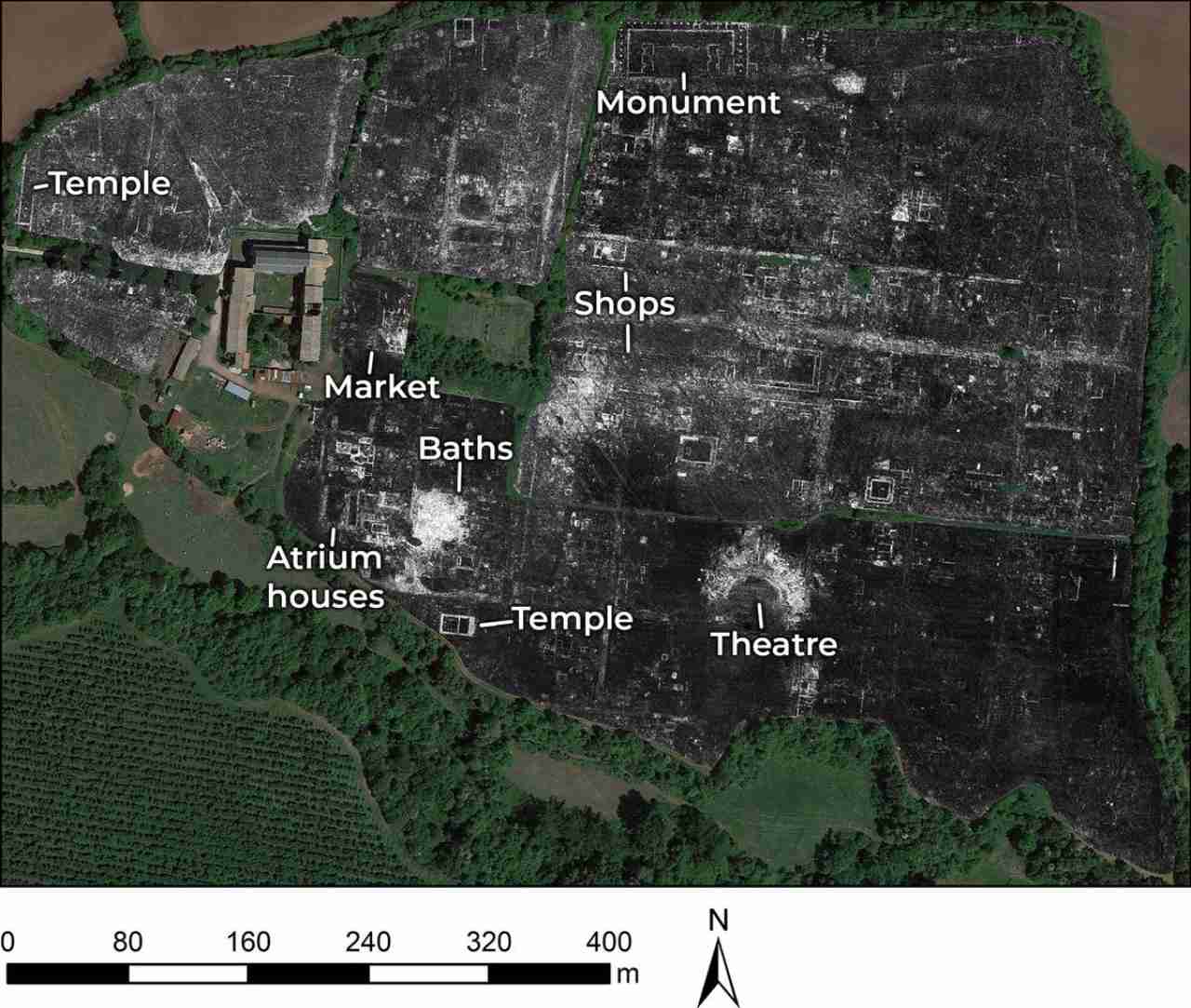 Near the north gate was a public monument unlike any other known, with a colonnaded portico on three sides and a large open square measuring 130 by 300 feet (40 by 90 meters). Falerii Novi had a network of water pipes running beneath the city blocks and not just along streets, indicating coordinated city planning.