This replica travels at a speed of 97 kmph, while the original vehicle could only reach a top speed of 12 km.

To celebrate the 50th anniversary of the historic Apollo 11 landing on the Moon, an American company has built a replica of the four-wheeled, battery-powered lunar roving vehicle used on the Moon in the final three missions of NASA's Apollo program (Apollo 15, 16, and 17) in 1971 and 1972. The original rover is still on the moon today.

To build the rover, the company, Polaris, teamed up with the US Space and Rocket Centre in Alabama, which reached out to them for help with the project. The Rover replica is part of NASA's 50-year-anniversary celebrations, and made its first public appearance at the USSRC Apollo Celebration Car Show on 13 July 2019. 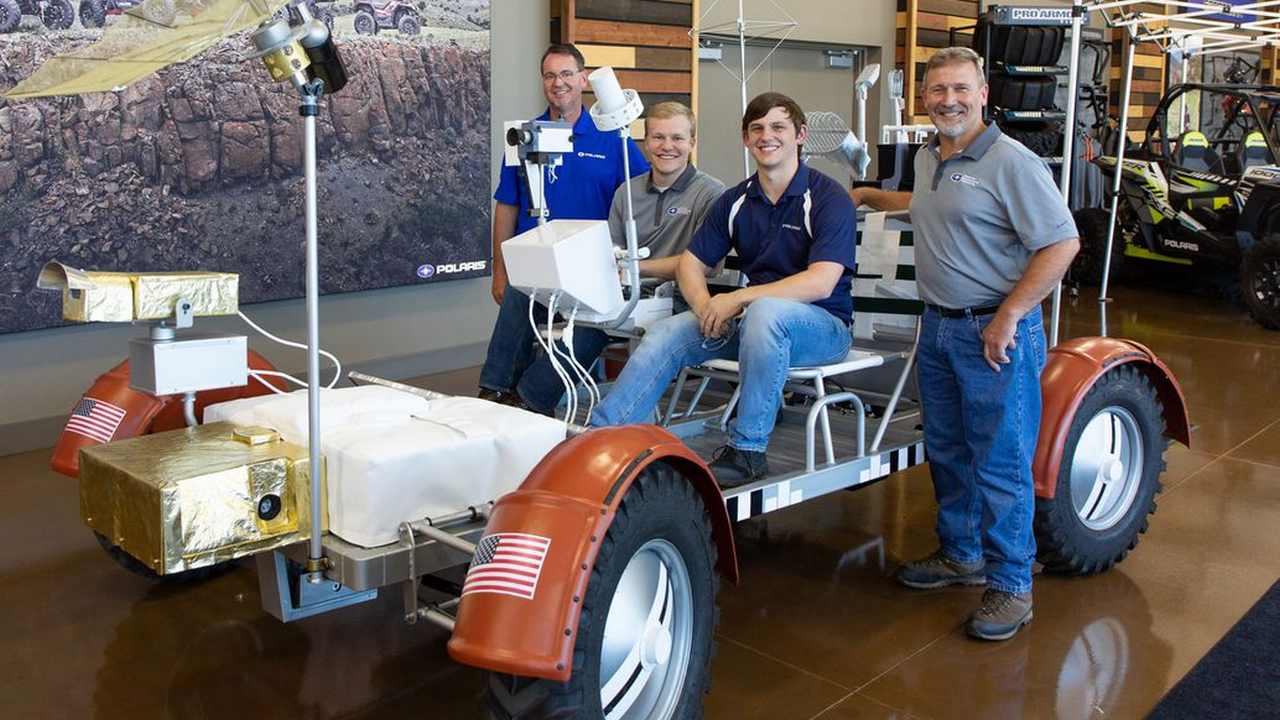 The replica of the Lunar roving vehicle. Image credit: Polaris

The replica is fully-functional and moves at a top speed of 97 kmph, whereas the original vehicle could only move 12 kmph at its fastest. If a human being tried to sit on the original vehicle on Earth, the lunar rover will have collapsed under the weight, according to Popular Science. While the original rover weighs only 205 kgs, its replica weighs thrice as much, at 680kgs.

The replica uses the original mode of control for the vehicle's driving systems — a joystick. The Polaris team 3-D printed the stick by using the original design. The way you drive around in it is identical in both vehicles: push the stick forward to accelerate, or sideways to turn, pull back on the stick to apply the brake, and pull back even more for the parking brake. A switch on the centre console also enables the Moon buggy to move in reverse gear. Brian Ogle, the manufacturing manager at Polaris who worked on the project, said in an interview with Popular Science, "The astronauts couldn't turn their heads in their spacesuits to see when driving in reverse. They found it easier to get out and lift up the 77-pound (35-kg) rover and point it in the other direction." 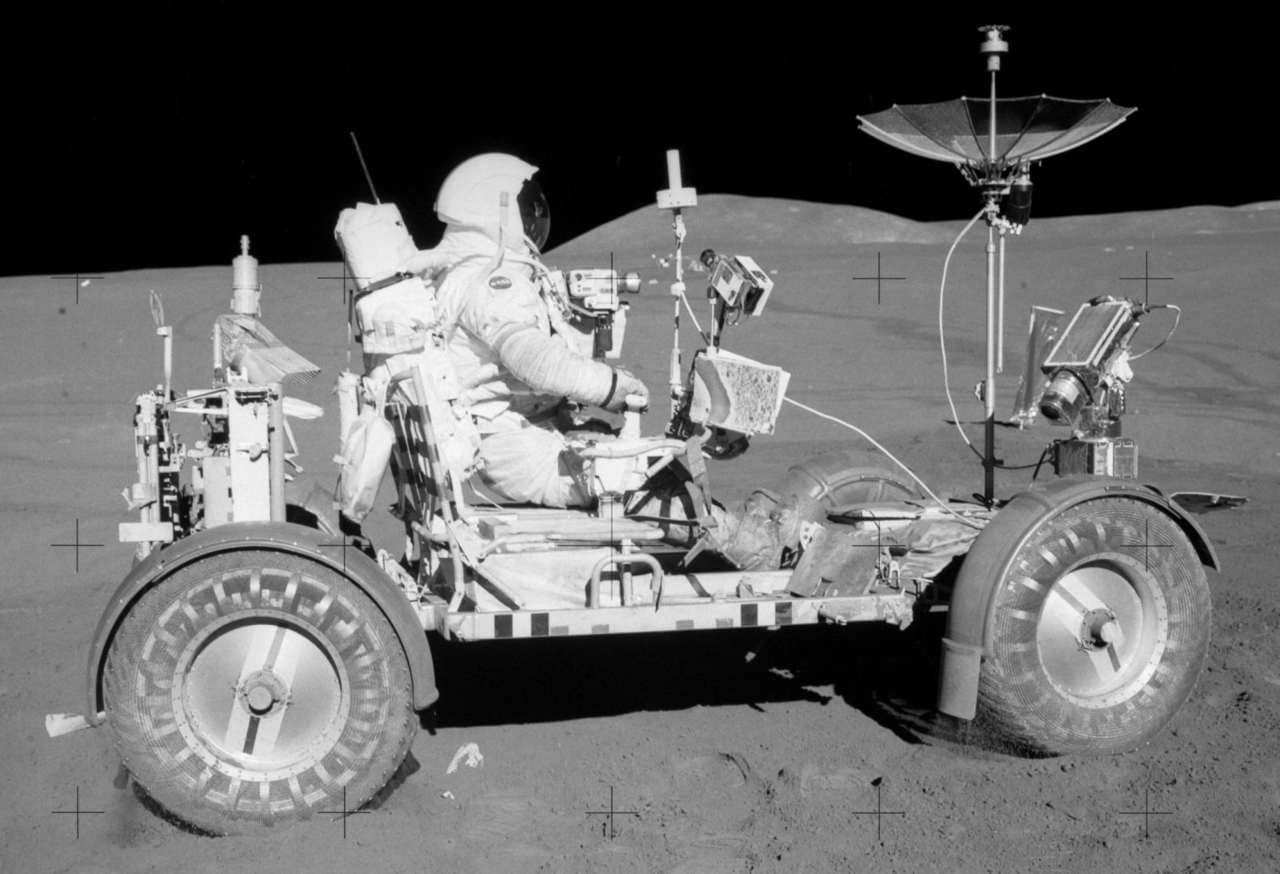 The Apollo 15 lunar rover in the Hadley Rille region of the Moon. Image Credit NASA

The fibreglass fenders on the replica tires, made using the original moulds, were also found in an old warehouse and used by the Polaris team. The team was made up of over 50 employees who volunteered their time to design and construct the vehicle. Polaris is now planning on taking the vehicle out for a couple of laps on the Talladega Speedway during the NASCAR race in October 2019.