Karura went from dangerous no-man's-land to one of Nairobi's safest, most popular destinations in the span of a decade.

"We would collect dead, dumped bodies. Some were decomposing... others were fresh," said John Chege of his early days policing Nairobi's Karura Forest, back when thieves and murderers outnumbered joggers and dog walkers in the woods.

Karura then was the stuff of urban legend, a fearsome place invoked to scare misbehaving children. Chege and his scouts, stumbling on corpses by day, kept white-knuckled vigils by night as they scanned the darkness for intruders.

"It was hell," Chege told AFP of his hair-raising first months as Karura's inaugural chief scout, back in 2009 when efforts began to reclaim the forest. "But today we celebrate, because there is nothing of the sort."

In the space of 10 years, Karura has gone from a dangerous no man's land to one of Nairobi's safest and most popular destinations, a verdant refuge in a city that has long carried the unfortunate moniker "Nairobbery". Karura is also a symbol against land-grabbing, having been saved from developers to become the world's second-largest forest that is fully within city limits, conservationists say.

Kenya’s refusal to agree to the demands of striking doctors is making the country sick. Image: Reuters

Kenya's forests are cleared at a rate of 5,000 hectares (12,300 acres) a year, the environment ministry said in 2018. But Karura has survived, even as green spaces are being swallowed by concrete in one of Africa's fastest-growing cities.

From zero visitors in 2009, today Karura attracts up to 30,000 nature lovers a month, with 10-year commemorative events planned in October to mark its striking transformation and storied history. For many years, hardly anyone came, said Karanja Njoroge, who chaired Friends of Karura Forest, a community group that co-manages the reserve, from 2011 to 2018.

Shaking its reputation was a challenge, even after an electric fence was raised around the perimeter.

Chege and his scouts, who were trained by the British army, could not convince nervous joggers they would be safe, and so ran alongside them in khaki fatigues.

Slowly, visitor numbers grew as the criminals were flushed out. A clubhouse, long abandoned because patrons kept getting mugged, reopened its doors. Women felt safe enough to run on their own, Chege said. Local communities were vital in bolstering security.

Chege, a former illegal logger, was recruited from Huruma, a slum on Karura's northern fringe. The community used the forest for firewood, and as a rubbish tip and open toilet. Today, they are its custodians, planting saplings, clearing weeds and policing its borders.

Karura narrowly escaped destruction in the late 1990s when, crawling with bandits and ravaged by logging, developers gifted parcels of forest to politically connected elites. The upland forest is a developers dream: 1,000 hectares of prime land, straddled by Nairobi's most exclusive suburbs. 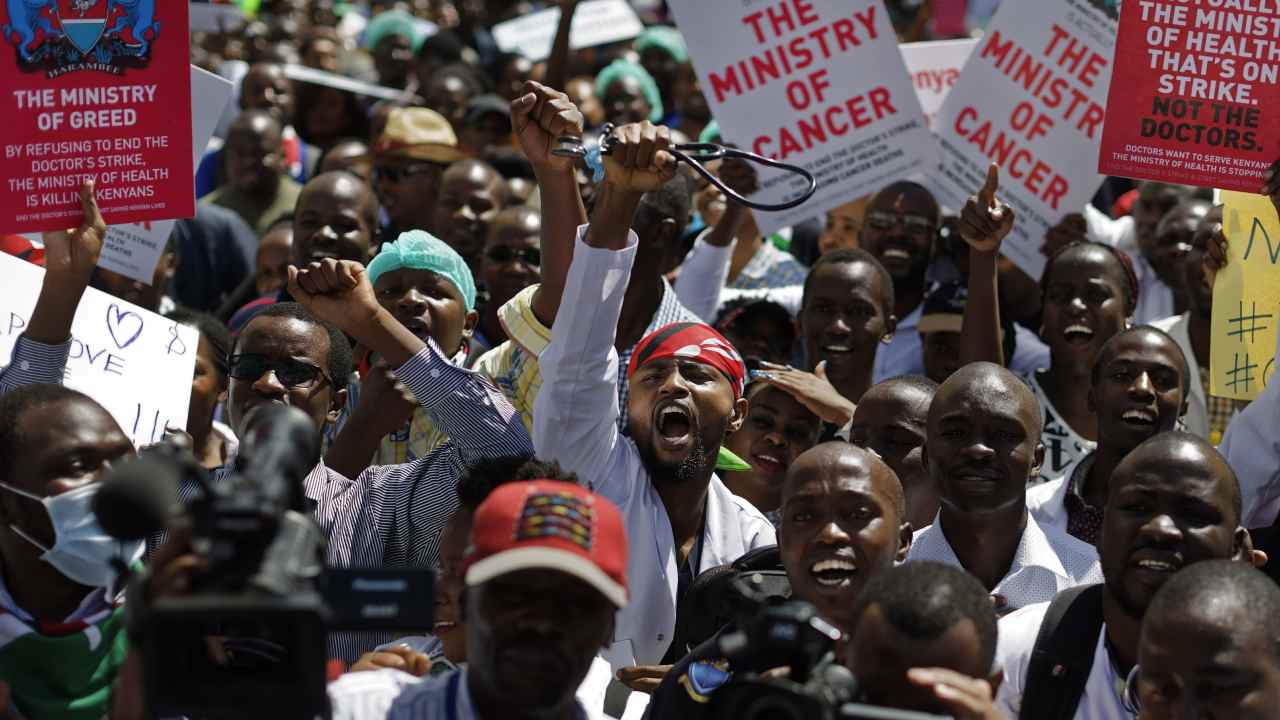 Wangari Maathai, the late founder of Kenya's Green Belt Movement, and the first African woman to win the Nobel Peace Prize, rallied church leaders, lawyers and students to Karura's defence. In January 1999, armed thugs attacked Maathai as she tried to plant seedlings in an act of protest, landing her in hospital.

The violence made international headlines and outraged a public tired of corrupt elites grabbing state land. The protesters won the day: development was halted.

The forest still bears the scars of this violent past. Bald tracts of forest cleared for mansions abut thriving black wattle -- a tree whose growth was spurred by fires from the days protesters burned tractors in defiance, Chege said. But its tranquility is not assured.

Other forests, such as Oloolua in Nairobi's south, have suffered from rampant encroachment. Even the city's iconic national wildlife park is being sliced through with a railway whose construction began last year in defiance of a court order. Though Chege worries more about dogs off leashes these days than dealing with dead bodies, a road being widened on Karura's eastern border has raised concerns.

Land grabs are not a distant threat. In July, a court ruled against a private company trying to claim 4.3 hectares of Karura.

"If everybody who wants to build keeps chipping away, there will be very little left," Njoroge said.

Karura persists as a conservation triumph. Native trees are taking back the forest from species introduced by the British to fuel their railway to Uganda, notably eucalyptus trees. Before conservation efforts began, non-native trees, many of them invasive, made up 60 percent of the forest. Eucalyptus, in particular, inhibit the growth of other plants and monopolize the water supply with their voracious thirst.

The forest contains rivers, waterfalls and caves used by anti-colonial rebels. Joggers encounter bushbucks, hornbills and Syke's monkeys. Maathai's daughter, Wanjira Mathai, said her mother would be proud of what Karura has become, "and maybe even surprised at just how much people love it".

"She had hoped her children's children — my generation and our children — would enjoy this forest, and that's what has come to pass," Mathai told AFP.