The Vespersaurus lived 90 million years ago and is in the same family as the Velociraptor.

A desert-based carnivorous dinosaur that used claws to capture small prey 90 million years ago has been unearthed in southern Brazil.

Just over a metre and a half in length, the fossil remains of the Vespersaurus paranaensis were found in Cruzeiro do Oeste municipality of Parana state, a team of palaeontologists from Brazil and Argentina said in a statement.

The Vespersaurus was a theropod, a group of two-footed, meat-eating dinosaurs that included the better known Tyrannosaurus and Velociraptor. 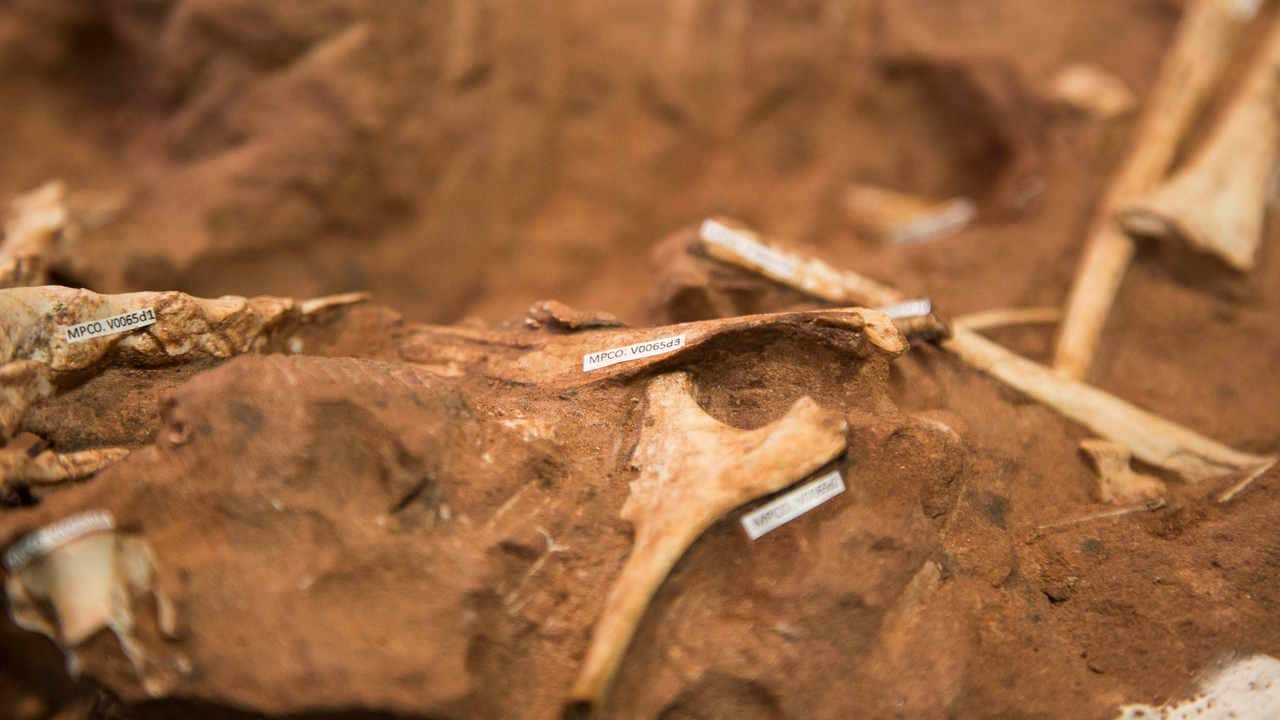 The fossilized bones of the dinosaur. Image credit: UEM

Footprints now believed to belong to this new species of dinosaur were discovered in Cruzeiro do Oeste in the 1970s. “It’s incredible that, nearly 50 years later, it seems that we have discovered what type of dinosaur would have produced those enigmatic footprints,” said Paulo Manzig of the Palaeontology Museum of Cruzeiro do Oeste. The northeastern region of Parana was once a desert and the dinosaur’s remains suggest that the Vespersaurus was well adapted to that type of climate.

Other dinosaur species have been found there and, according to the scientists, the latest discovery must “catapult” palaeontological investigations in the region.

“It is a rich but little explored area that would surely bring great news to the world of palaeontology,” said Neurides Martins of the Palaeontology Museum of Cruzeiro do Oeste.

The findings have been published in the journal Nature.