The PDS 70 star system that was photographed is the first known multi-planetary system in which planet formation has been observed in action.

Astronomers at the W M Keck Observatory in Hawaii have captured the first-ever images a pair of giant planets being born around their parent star PDS 70. They achieve the feat using a novel infrared pyramid wavefront sensor, which offers adaptive optics (AO) correction in astrophysics detectors.

The team of researchers published their findings in The Astronomical Journal. An artist's impression of the PDS 70 star system. The two planets are seen clearing a gap in the protoplanetary disk from which they were born. (Not to scale). Image credit: W M Keck Observatory

A report in Phys.org notes that PDS 70 is the first known multi-planetary system in which astronomers have witnessed planet formation in action. The first direct image of PDS 70b (one of the newborn planets orbiting PDS 70), was taken in 2018, the report adds. It was followed by images of the second planet PDS 70c in 2019.

There was some confusion when the two protoplanets were first photographed, lead author of the study, Dr Jason Wang, told TechExplorist.

"Planet embryos form from a disk of dust and gas surrounding a newborn star. This circumstellar material accretes onto the protoplanet, creating a kind of smokescreen that makes it difficult to differentiate the dusty, gaseous disk from the developing planet in an image,” he added. 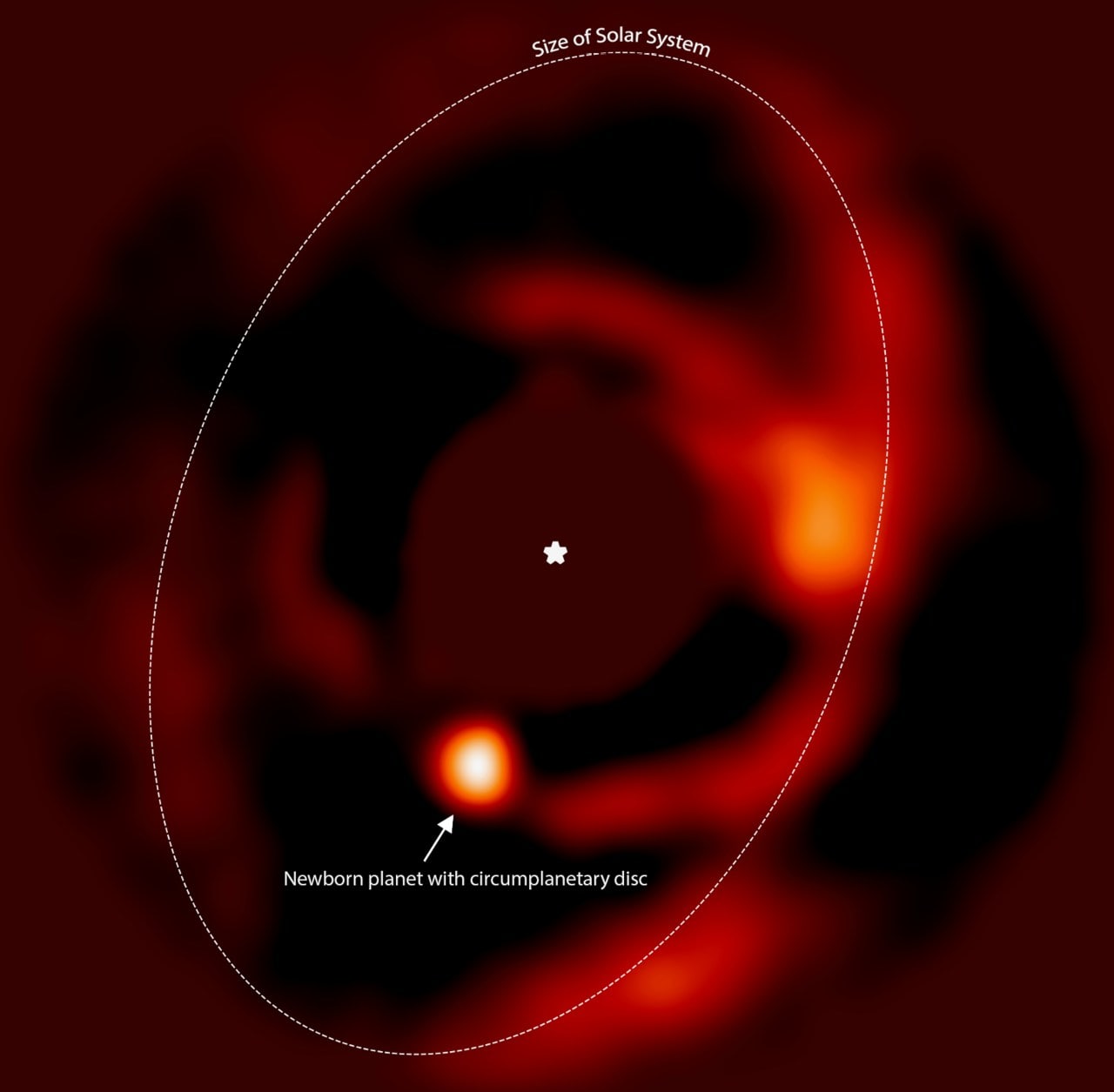 An infrared image of the newborn planet PDS 70 b and its circumplanetary disc. The size of the solar system given for comparison. Image: V Christiaens et al./ESO

For further clarification, the researchers developed a method to disentangle the image signals from the circumstellar disk and the protoplanets. Subsequently, they were able to take pictures of the baby planets and confirm their existence.

The researchers knew the disk’s shape should be an asymmetrical ring around the star whereas a planet should be a single point in the image, Wang said.

"So even if a planet appears to sit on top of the disk, which is the case with PDS 70c, based on our knowledge of how the disk looks throughout the whole image, we can infer how bright the disk should be at the location of the protoplanet and remove the disk signal. All that’s leftover is the planet’s emission,” he explained.