Footprints on the Moon, Cemeteries on Mars: Words in space archaeology with Alice Gorman

Alice Gorman is a space archaeologist working on space junk in Earth orbit, deep space probes, and planetary landing sites. She explores what we can learn from these items and places as material objects, and also their heritage significance – what they actually mean for people and communities on Earth.

There is a lot of documentation about what’s been left on the Moon – but it’s amazing how much we don’t know. Perhaps in 50 more years, we will be sick of hearing stories from people who have travelled to the moon and back. Credit: tdlucas5000 / AAP, CC BY

This is actually where archaeology becomes interesting. I don’t believe, for example, that anyone has ever fully documented the position of all of the boot prints of the Apollo astronauts on the Moon.

We know what they look like. We know that they’re there. They’re reproduced in countless photographs of the Apollo sites.

But has anyone ever actually catalogued them? Has anyone studied them for what they can tell us about how these human bodies moved across the lunar landscape, how they adapted to this environment so different to that of Earth? Footprints, wheel tracks and the Rickshaw–type portable workbench on the Moon, with the US flag in 1971. Credit: NASA

What archaeology does is look at the difference between what people say they do, and what they actually do. Those footprints may reveal that astronauts were doing things that they didn’t even consciously recognise since they didn’t speak about them or record them.

If you did an archaeological study of those footprints, we would expect to see differences from Apollo 11 through to Apollo 17.

We ought to be able to see the evidence of how each astronaut crew incorporated the knowledge of the previous one, and how the design of the suits and the equipment was changed or adapted from each previous mission. We should be able to actually chart this using physical evidence.

We must be strategic in how we protect our heritage on the Moon.

In 1969 the Apollo 12 mission landed just 180 metres away from Surveyor 3 – a robotic landing craft the US sent to the Moon in 1967. The astronauts approached Surveyor 3 and removed a camera and some other bits and pieces to take back to Earth.

When NASA analysed the materials, they found that the landing of Surveyor 3 itself plus the landing of Apollo 12 just on the edge of the crater had blown up lunar dust, which had abraded surfaces.

This gave us an idea of the dangers of lunar dust for human-manufactured materials.

A lot of the new missions being planned at the moment are talking about going to the Apollo and other sites, and removing samples for analysis that they can use to gauge the impact of the lunar environment on human materials. 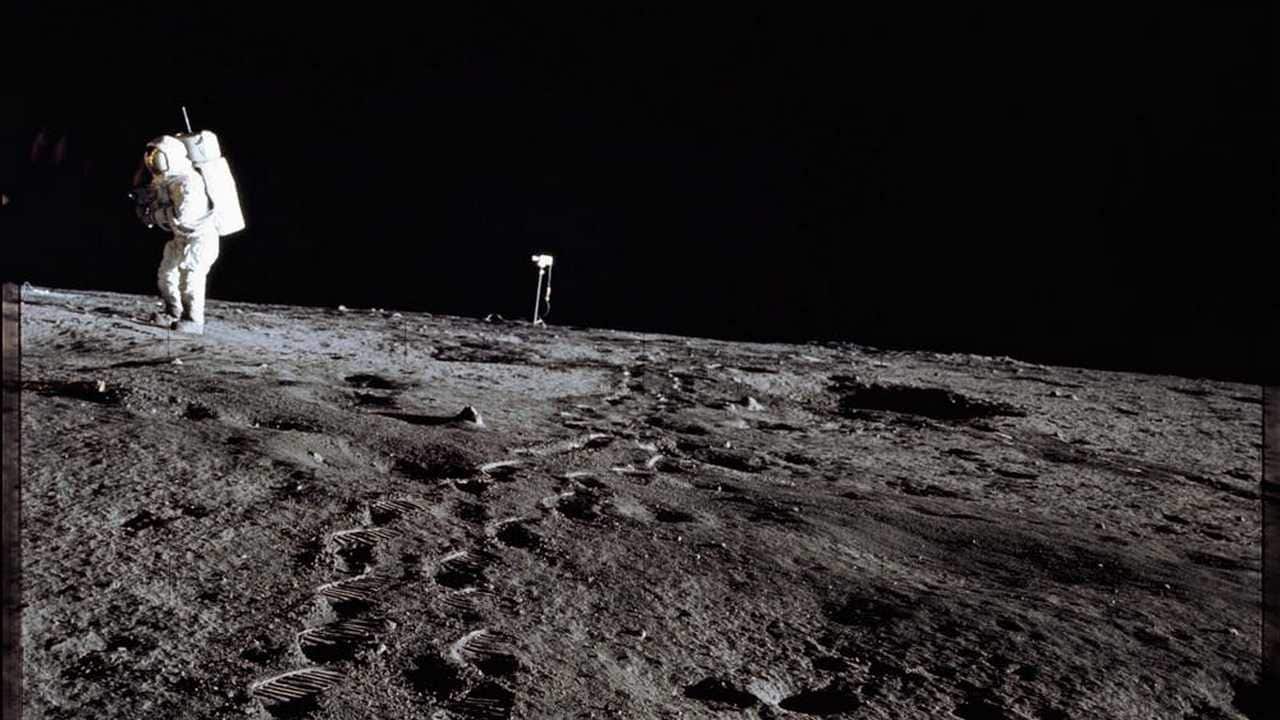 This is obviously extremely useful for planning missions further into the future, but at the moment there isn’t any sort of systematic way to do this. They could approach the Apollo sites and in the process completely erase all of those footprints and cause further damage by stirring up the lunar dust again.

There is an archaeological principle that you never excavate all of a site. You always leave an unexcavated deposit, or you leave rock art on the walls. You leave material for future scientists to sample because we don’t know what techniques will be available in the future.

If we look at this from an archaeological perspective, first of all, we ought to be sitting down and thinking: OK, what materials do we really need to collect? We’ve got the baseline from Surveyor 3 – what are the best materials to compare to that?

Perhaps we don’t need to take physical samples. We may have techniques we can use to remotely gather data from these sites without being destructive.

We also need to consider access to data. Let’s just say a Space X lunar mission visits a previous landing site – may be one of the Apollo ones, and removes samples, studies them now. These objects are the property of the US government under the Outer Space Treaty. But SpaceX is a private company. Are they required to share the results of this analysis with their competitors?

This is something I haven’t seen much discussion about yet, but it needs to be worked out as everybody’s planning to go back to the Moon.

It’s 50 years since humans went to the Moon – and now people are so focused on getting to Mars.

But what happens when another planet becomes home when the first generations are born, live, and just as importantly, die in space?

I often think the first death in space is going to be a big turning point for how we relate to it. There haven’t really been any so far. There was the unfortunate USSR Soyuz 11 mission to Earth orbit, where three cosmonauts died when they left the spacecraft – but they were recovered on Earth. (The crew died on their descent back to Earth after a technical fault caused their Soyuz capsule to depressurise.)

There have been other deaths, for example on the tragic Space Shuttle accidents, but they haven’t actually been in space. 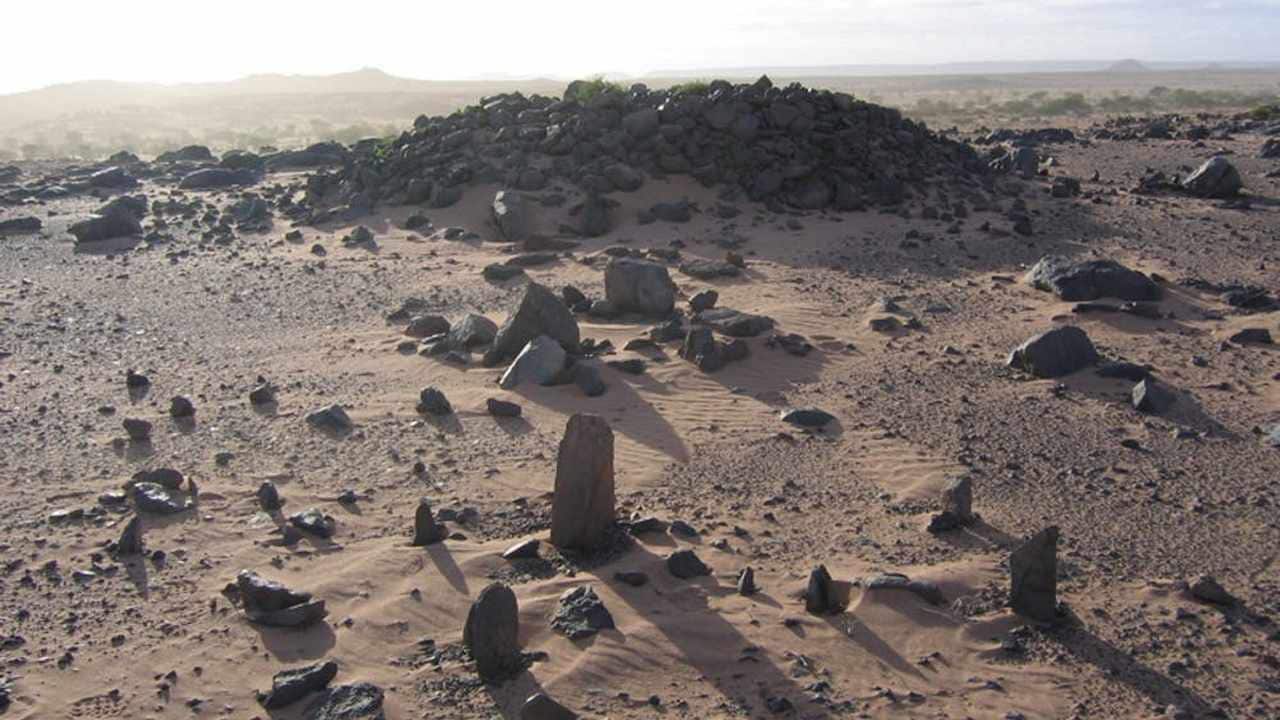 Who will be the first person to be buried on Mars? Credit: Nick Brookes / flickr, CC BY-NC

It’s something people often overlook when talking about the prospect of settling on Mars. The risks are so great. People are going to die. They’re probably going to die if there’s any human settlement on the Moon as well.

So how will that impact how we look at space?

The first living things have already died on the Moon. The recent experiment in the rover deployed by China had little seeds inside that sprouted and then died.

Death is already “off Earth”, and we can expect more deaths in the future.

This is going to have to change how we feel about space. When we look at those planets in the sky and think there are cemeteries there; perhaps there are human bodies being incorporated into the lunar regolith or into the red Martian dust.

How does that make these places feel to us if they become cemeteries?

In terms of sites on the Moon right now, there are around 50 different places where human culture has landed, and they’re quite diverse. A huge amount of USSR stuff, a huge amount of US stuff – but also Japanese and Indian and Chinese.

If we look 50 years into the future I expect that landscape will be even more diverse. We will have many countries who may be at the moment are not considered to be spacefaring, but who will have sent their own missions to the Moon. Or maybe they’ve had experiments that are part of other people’s missions. Maybe they’ve sent their own astronauts.

I think the Moon is going to be culturally very diverse, with an archaeological record that reflects all of those different cultures as well.

We can also expect there will be mining installations. It’s likely these will be focused on the lunar poles, in craters where the Sun has not shone for 2 billion years. They’ve been in deep shadow all this time. They’re filled with this valuable resource people can use for fuel: water ice. So the craters might be the industrial centres of future lunar industries.

We may not see all of this from the surface of the Earth – but there will be satellites constantly streaming back footage of the surface, so we can see what’s going on there. 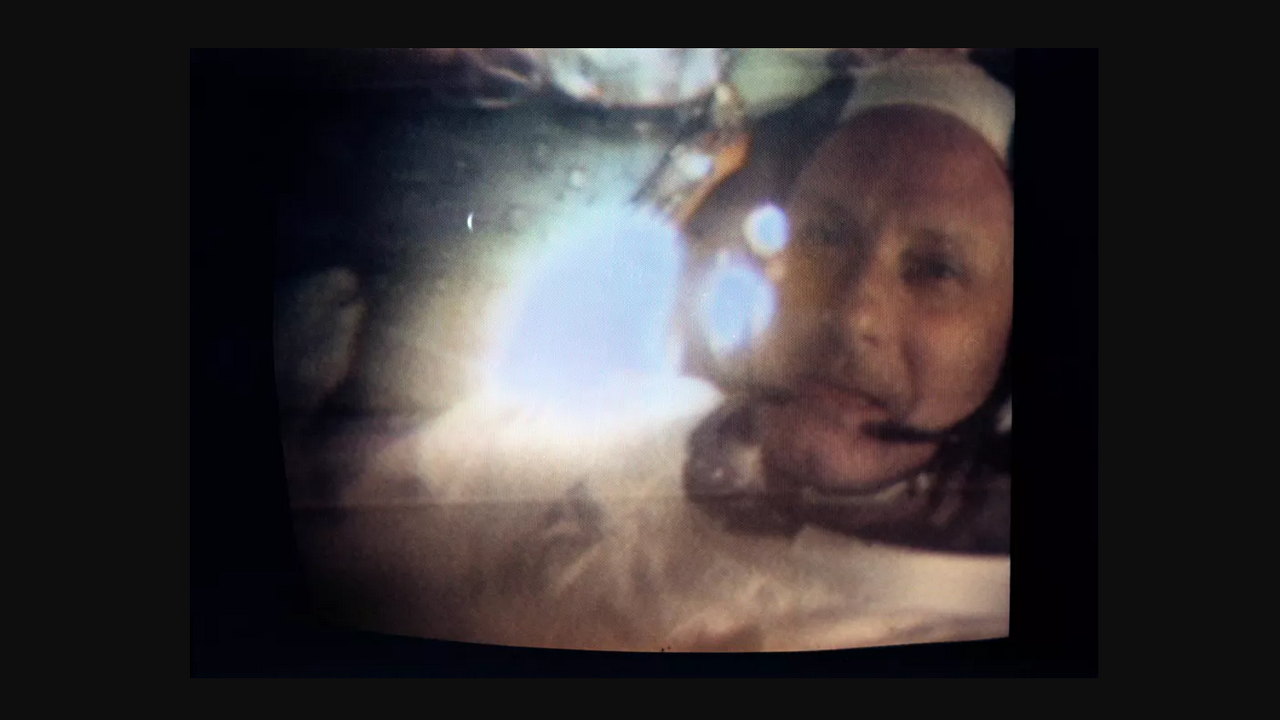 A close-up view of the face of astronaut and Apollo 10 commander Thomas P. Stafford in 1969. Astronauts are already very active in social media and this is likely to increase. Credit: NASA

We may be very intimately involved in the daily lives of these astronauts.

It’s likely there will be a form of lunar tourism, which involves us projecting ourselves into robots and going for little jaunts across the lunar surface.

But I suspect the lunar tourism industry may not completely take off in the way people are imagining – simply because there will be too much at stake in protecting proprietary information about technologies and resources on the Moon.

In the future, it won’t be rare anymore to think about being an astronaut. At the moment, over 500 people have been in space. Only those very few Apollo astronauts have been to the Moon.

Looking forward, there’ll be hundreds of people who’ve been to the Moon and back, maybe even thousands. These experiences may not be rare and extraordinary anymore.

We might get sick of hearing people tell their stories about the work they did on the Moon. Maybe this will be commonplace. The Moon will just be like thinking about Antarctica. It’s remote, but still part of our world.