Hughes has been given money by the Flat Earth Society for his research to prove the flatness of the Earth.

The self-declared daredevil and Flat Earther “Mad” Mike Hughes is preparing for another launch in his homemade, steam-powered rocket in the Californian desert. His final goal is to reach the edge of space, but how likely is he to succeed and see that the Earth is actually spherical?

Hughes’ first rocket launch was in 2014, and since then he has taken off several times in his homemade machines – reaching an altitude of 572 metres at most. His adventures have led to a number of injuries, yet he is still determined to keep going. His latest attempt was scheduled for 11 August, but was once again aborted after a fault with the rocket was discovered. He will retry on 17 August. Hughes believes that the Earth is flat and that he can prove that with his rocket travels (he has been given money by the Flat Earth Society). He is willing to go out and literally risk his life to prove what he believes.

But whether he will get anywhere is a different matter. So let’s take a look at his rocket to see what potential pitfalls or successes he could have.

The mathematics behind the speed a rocket launch can achieve was developed in the 1890s by a Russian schoolteacher called Konstantin Tsiolkovsky. His equation calculates a speed or velocity change based on how much of the rocket’s total mass is fuel – the more fuel you have the faster you can go – and how fast it can burn this fuel. In fact, the equation is still used to this day.

Orbital flight is a combination of altitude (vertical height) and horizontal velocity. To reach an orbit around the Earth you need two things. The first is to be travelling fast enough horizontally that you reach the curvature of the Earth before gravity pulls you to the ground. You also want as little atmosphere as possible, otherwise the enormous drag force from the air will both reduce your speed and heat your object up.

In the 1950s, the aerospace engineer Theodore Von Karman decided that the point where the atmosphere thins so much that normal aeronautical flight (requiring atmosphere) is impossible is at 100 kilometres up (62 miles). He dubbed this line, the edge of space, the Karman line. And to orbit at this height would require a horizontal speed of 7.8 kilometres per second, which is about 17,500 miles per hour. 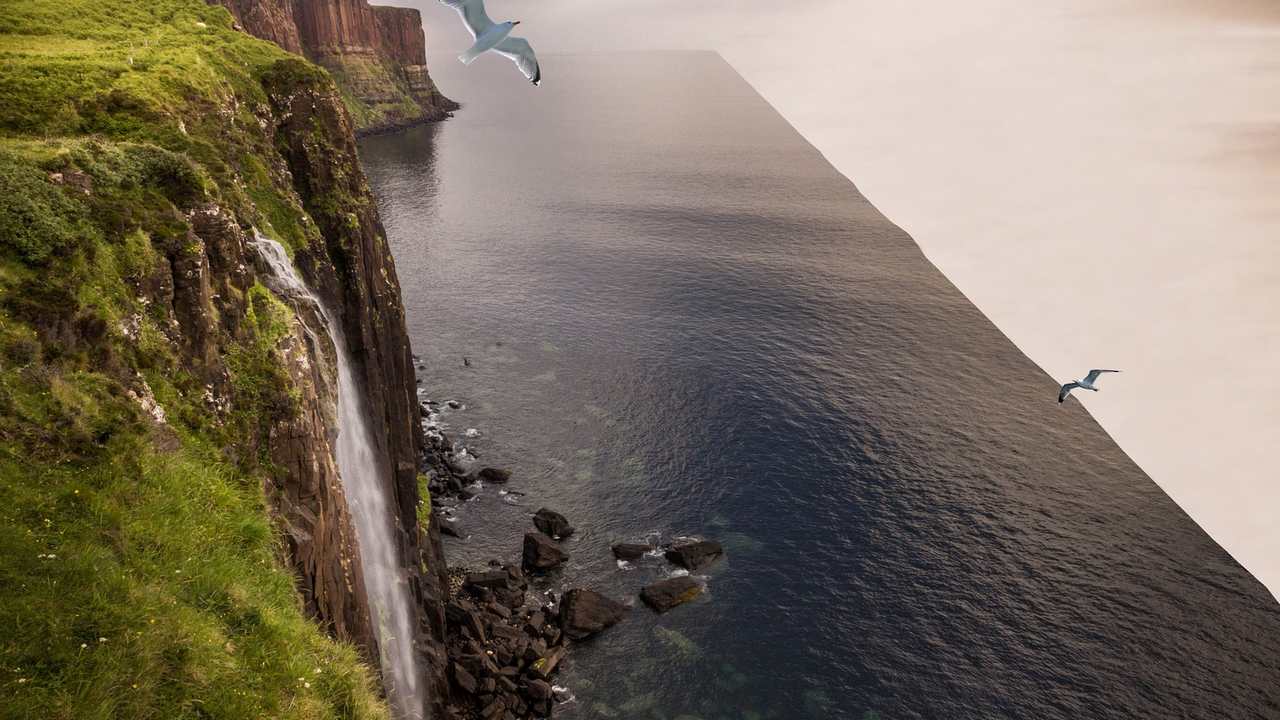 Some people believe that the Earth is flat.

To reach these speeds, you have to use very specific fuels and engine shapes, relying on the combustion of solids or liquids. As the fuel is heated and turned to gas it takes up a larger volume, and as such is pushed out the back of the engine, generating thrust. The more gas you can produce at higher temperatures, the faster your rocket goes.

Hughes intends to use water as the fuel itself. The problem with water is that it does not boil quickly – it has a high specific heat capacity. This means it essentially takes too much energy to turn it into steam quickly enough to be able to generate a high thrust.

While we don’t know the specific dimensions for Hughes’ rocket, we can use his description of “95-100 gallons of water (360-379 litres), superheated”, “leaving the rocket at the speed of sound” and weighing “around 1,800 pounds” to calculate his potential maximum altitude using Tsiolkovsky’s rocket equation.

This requires us to know initial velocity (which is 330 metres per second), initial mass (which is 816 kilograms) and a final mass as all the water and steam are gone (this is 437 kilograms). The equation then gives a speed change of 206 metres per second. This means the maximum height he can reach is just over 2 kilometres, assuming he launches straight up (this is based on basic equations of motion, ignoring air resistance).

This is a very respectable height to reach on a homemade engine. But Mount Whitney, which is close to Hughes’ launch site in California, has a peak of almost 4.5 kilometres (2.8 miles). Neither altitude is anywhere close to the edge of space. It is not even high enough to see the curvature of the Earth, which requires a minimum height of about 10 kilometres. Despite this, Hughes has stated he wants funding to enable him to reach the Karman line in his next flight. Reversing our calculations, we can estimate that he would need a minimum velocity change of 1.4 kilometres per second (0.9 miles per second) to do that, and this would require his rocket to hold at least 29,000 litres of water (7,500 US gallons).

This is no easy feat as it would require a fuel tank with a volume of 30 cubic metres, which is roughly the carrying capacity of two long wheelbase vans. The increased size of the fuel tank and supporting structure would then increase the final weight, which in turn would require even more fuel. The engineering required to contain the internal pressure of this water and turn it instantly into steam may be very difficult.

While Hughes’ current launch attempt may well succeed, the chances of a rocket with a 30 cubic metre fuel tank full of water taking off is close to impossible. At least he would avoid the catastrophe of the fuel exploding on the launch pad, which is a concern for more serious rocket launches. Commercial ventures such the Falcon rockets, and Blue Origin have put a lot of money into research and if they could use something as cheap as water to launch then they would do so.

Ultimately, Hughes will not make it anywhere near high enough to see the curvature of the Earth, but I suspect the adrenaline rush will more than makeup for it. Personally, I wish him all the best for his next flight. I may not agree with his beliefs, his politics or his distrust of science, but I do applaud his spirit and attitude.

Ian Whitaker is a lecturer of Physics at the Nottingham Trent University.

Mad Mike, crashes and dies after failing to land home made rocket to prove Earth is flat

After being pushed back a few time, ESA's Vega rocket launched from French Guiana