Dubai's iconic Burj Khalifa, the world's tallest skyscraper, lit up the moment he was launched into space.

A crowd in Dubai erupted in cheers and applause Wednesday as the first astronaut from the United Arab Emirates launched towards the International Space Station, dubbing him a national hero.

Emiratis and school children gathered at the Mohammed Bin Rashid Space Centre as Hazzaa al-Mansoori, 35, blasted into space accompanied by Russia's Oleg Skripochka and NASA astronaut Jessica Meir onboard a Soyuz rocket from Baikonur in Kazakhstan.

A former pilot in the UAE armed forces, he will be the first Emirati astronaut and the first Arab on the orbiting laboratory, but not the first Muslim.

Some people gathered at the Dubai centre carried UAE flags, while others were dressed in blue jumpsuits spelling out: "Future astronaut".

Badriya al-Hamadi, 38, said she was so proud of the historical moment, adding: "I feel like I am the one going to space."

According to Amer Al-Ghafri, of the Mohammed Bin Rashid Space Centre, Mansoori's launch is only just the beginning of the UAE's dreams of space exploration.

"There are a lot of ambitions and a lot more work," he said. Mansoori received support from around the world before lifting off on what he described as his "dream" mission. He will spend eight days on the ISS, where he plans to conduct experiments. 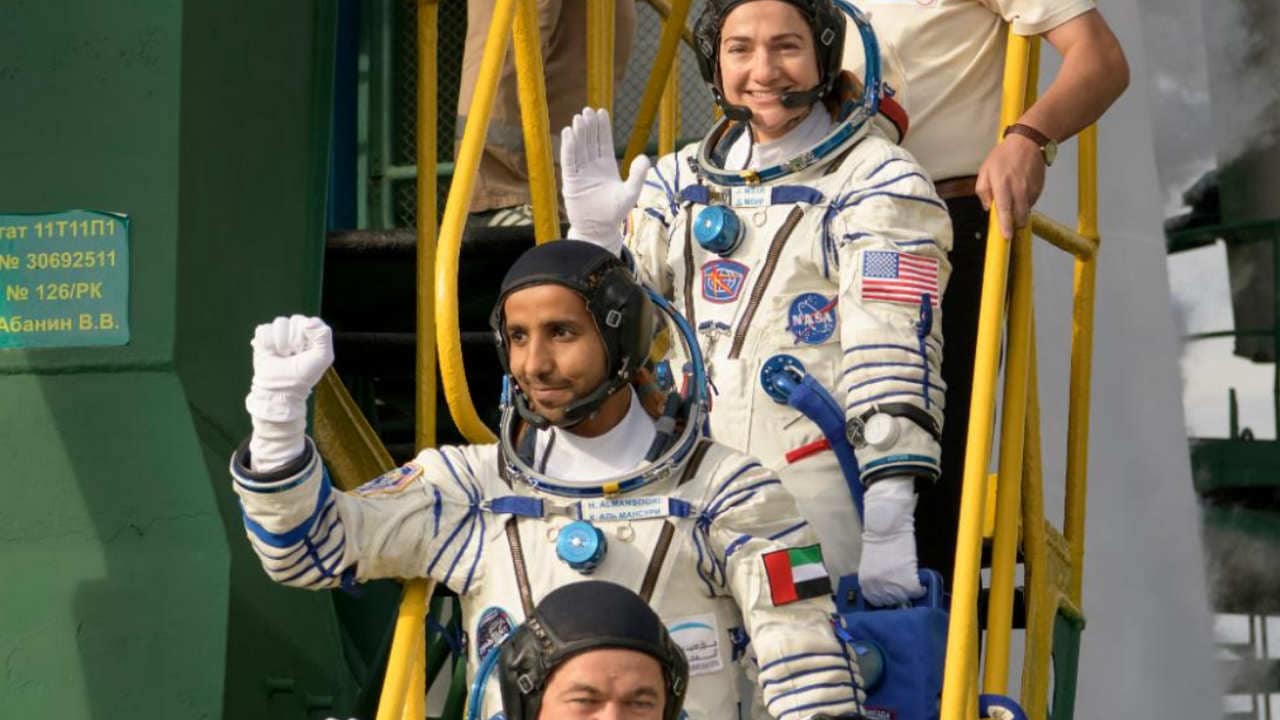 Hazzaa al Mansoori is the first UAE astronuat to go to the ISS. image credit: Twitter/NASA

Writing on Twitter before the launch, Mansoori said he was "filled with this indescribable feeling of glory and awe".

"Today I carry the dreams and ambition of my country to a whole new dimension. May Allah grant me success in this mission," he said.

A Koran, a UAE flag, pictures of his family, and a book by Ruler of Dubai Sheikh Mohammed bin Rashid Al-Maktoum were among the few things he was allowed to pack for his space adventure. Dubai's iconic Burj Khalifa, the world's tallest skyscraper, lit up the moment of blast-off at 5:57 pm local time (1357 GMT).

"The arrival of Hazzaa al-Mansoori to space is a message to the Arab youth... that we can progress and move forward," Sheikh Mohammed said on Twitter on Wednesday.