The 8th & final launch of the $3 billion-Iridium NEXT project completed the delivery of 75 new satellites to orbit.

A SpaceX rocket carried ten satellites to low-Earth orbit on Friday, completing a 2-year campaign by Iridium Communications Inc to replace its original fleet of with a new generation of communication satellites for added aircraft tracking capability.

The Falcon 9 rocket blasted off from Vandenberg Air Force Base at 7.31 am and arced over the Pacific west of Los Angeles. 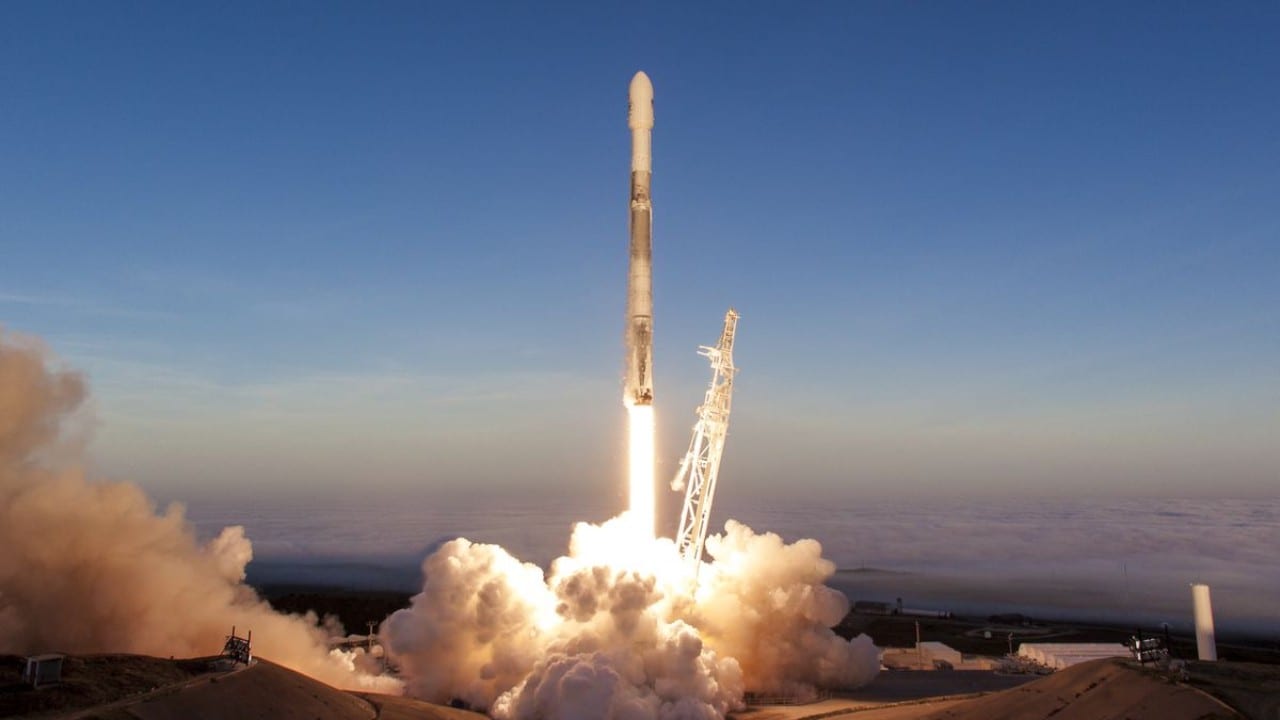 The previously used first stage was recovered again with a bullseye landing on a “droneship” in the ocean while the upper stage continued on to orbit.

The eighth and final launch of the $3 billion Iridium NEXT project completed delivery of 75 new satellites to orbit for the McLean, Virginia, company. Sixty-six will be operational and nine will serve as in-orbit spares. Six other satellites remain on the ground as spares.

All 10 newly launched satellites communicated with Iridium’s network operations center and were being readied for testing, the company said.

Iridium has been moving its new satellites into positions that were held by the old ones, which are lowered until they burn up in the atmosphere. So far, 60 new satellites are in operation.

The first Iridium satellites were launched in the 1990s to offer voice, data, fax and paging services to customers with Iridium handheld telephones and pagers.

Among new capabilities enabled by the fleet upgrade is Iridium Certus, described as a broadband solution for purposes ranging from life-safety services to command-and-control of unmanned aircraft systems and tracking.

The Iridium NEXT satellites also carry a system by Aireon LLC for space-based air traffic surveillance over 100 percent of the globe. The 10 Iridium NEXT satellites that will launch on the fifth Iridium NEXT mission. Image courtesy: Iridium Communications

The Aireon system collects what is known as Automatic Dependent Surveillance-Broadcast data automatically and in real time, even from remote areas over the world’s oceans.

“Today we passed a major milestone on our journey to revolutionize air traffic surveillance and are just weeks away from a fully operational system,” Don Thoma, CEO of Aireon, said in a statement. “Now that the launches are complete, final integration and testing of the recently launched payloads can commence, after which the world’s first, real-time, truly global view of air traffic will be a reality.”

Aireon said it is already processing more than 13 billion ADS-B messages per month.

SpaceX launches, lands Falcon 9 in their closest attempt at a fully-reusable launch so far

SpaceX delays the launch of Falcon 9 rocket, to the ISS, due to dangerous high winds