There's technically a chance that the patient may be fully-cured of thalassemia after the treatment.

This is certainly a first for the company, CRISPR Therapeutics, but also for the entire Western healthcare industry. It is the first time gene editing has been used as treatment by any clinic in the West. The study also has a medical partner, Vertex Pharmaceuticals, that is sponsoring the transfusions needed for the patient(s).

Doctors in China, however, have already beaten the rest of the world to the chase, having used gene editing to treat patients with cancer, the MIT Technology Review reported.

Beta thalassemia is a deadly blood disease that leaves most of its patients very dependent on regular transfusions. The disease is genetic, caused when somebody inherits a faulty or mutated copy of the haemoglobin gene. Haemoglobin is a critically important vessel in the blood for oxygen transport. "Treating the first patient in this study marks an important scientific and medical milestone,” Samarth Kulkarni, CEO of CRISPR Therapeutics, said in a press release, “and the beginning of our efforts to fully realize the promise of CRISPR/Cas9 therapies as a new class of potentially transformative medicines to treat serious diseases."

In the new clinical trial, CRISPR is being used in two different ways.

First, bone marrow cells were collected from patients and the DNA in them "fixed" by replacing the faulty haemoglobin gene with a healthy one. These DNA-altered bone marrow cells are then transfused back into the patients' blood. This is quite a promising strategy, considering there's a "technical" possibility that the patient is fully cured of the disease after the treatment — that's if there are enough "healthy" bone marrow cells that multiply, make more of themselves and continue to keep their numbers decent over time.

This best case scenario isn't something the company can guarantee for now. 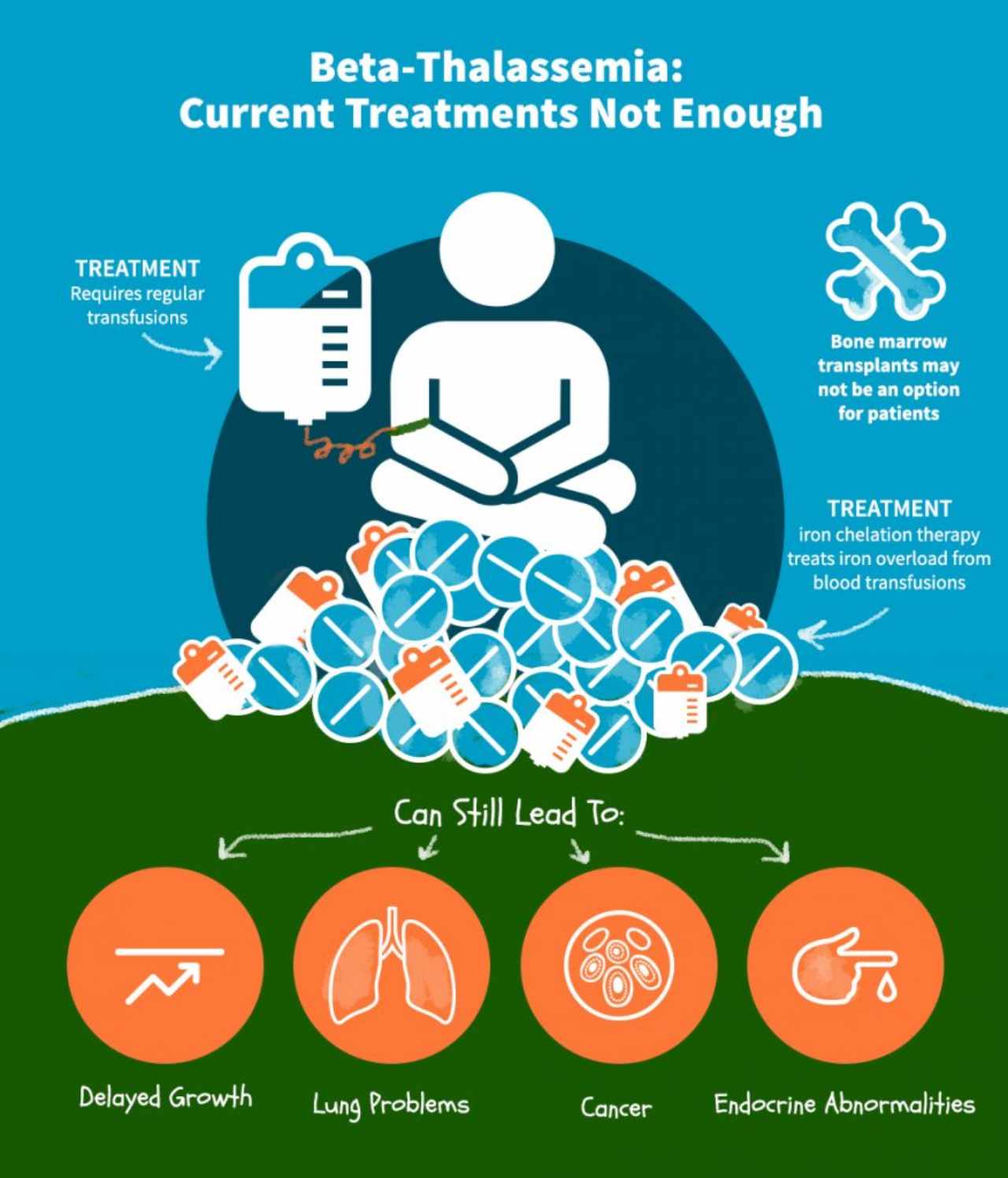 The treatments at hand for Beta thalassemia other than gene editing. Image courtesy: MyBioSource.org

The company also plans to use the same technique to treat sickle-cell anaemia, another blood disorder that is both genetic and linked with haemoglobin.

The second CRISPR strategy used by the startup is switching on a different gene in the body — one that helps produce fetal haemoglobin. This version, as is obvious from the name, is a kind of haemoglobin that is useful to us when we're infants. It turns off automatically by 6 months after birth, by when all the fetal haemoglobin is replaced by mature haemoglobin cells. CRISPR is being used here to switch the dormant fetal haemoglobin gene back on so it can compensate for the low counts of healthy haemoglobin.

Blueprints for a formal trial with multiple patients have already been made, but the company wants to wait to see how their patient zero responds before treating others.