First interstellar body, ‘Oumuamua, seen in our solar system might be a Hydrogen iceberg, say scientists

The celestial body might not only be the first interstellar object discovered in the solar system but also the first hydrogen iceberg.

The first interstellar object in our solar system, the cigar-shaped 'Oumuamua, has been intriguing astronomers ever since its discovery in 2017.

The giant space rock has defied classification and there have been numerous theories about its composition. It has been speculated that the celestial body is a small part of a planet, a cosmic dust bunny and even alien spaceship. However, two Yale astrophysicists have put forward a new theory that 'Oumuamua could actually be an interstellar iceberg.

The research that was recently published in the Letters of the Astrophysical Journal says that the celestial body's origins can be traced back to a giant molecular cloud. 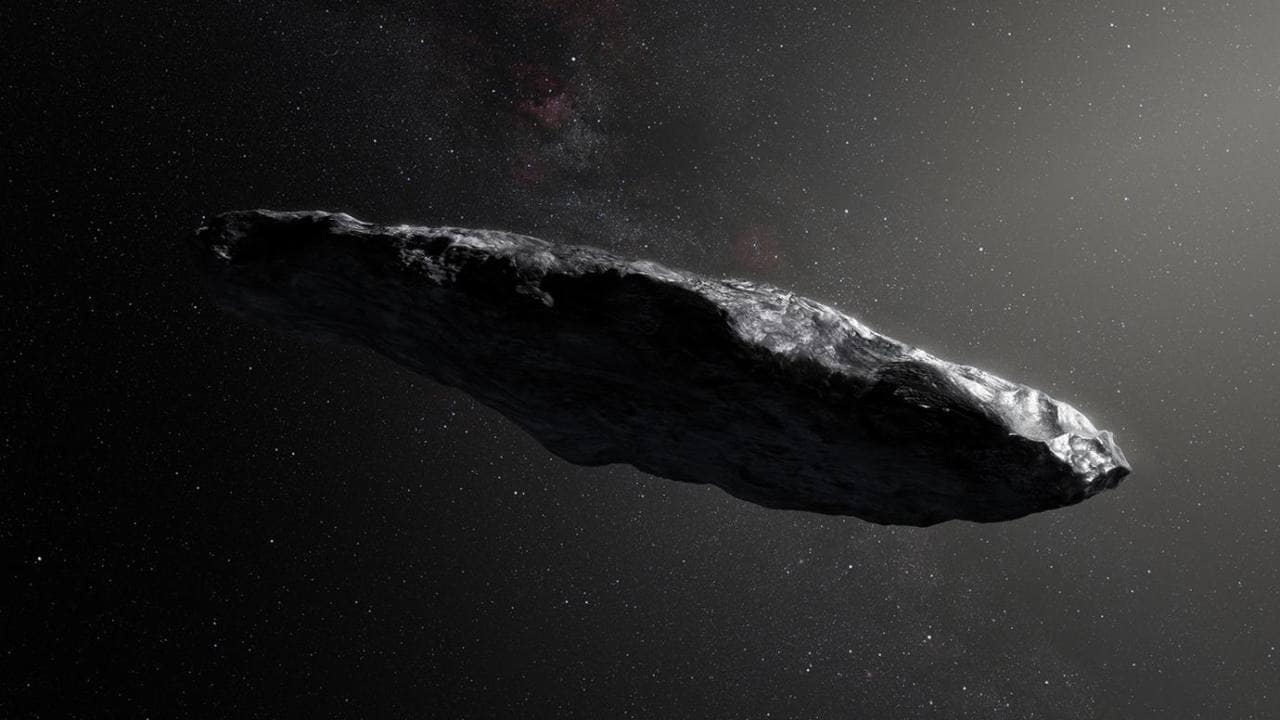 An illustration of ‘Oumuamua, the first object we’ve ever seen pass through our own solar system that has interstellar origins. Image credit: European Southern Observatory/M. Kornmesser

According to a report in Wired that cites the study, these giant molecular clouds can contain enough gas to form thousands of stars, but they might also spit out hydrogen icebergs that look and behave like the 'Oumuamua.

Darryl Seligman, the co-author of the study said, "Even though the hydrogen iceberg thing is a little exotic, it explains every single mysterious thing about ‘Oumuamua."

The report stated that if Seligman and his study co-author astrophysicist Gregory Laughlin are correct, the celestial body would not only be the first interstellar object discovered in the solar system, but the first hydrogen iceberg too.

The theory also explains the comet's shape as cosmic radiation would have chipped away at it from certain directions more than the others.

"Imagine what happens to a bar of soap. It starts out as a fairly regular rectangle, but as you use it up, it gets smaller and thinner over time," Seligman explained in a paper published in University of Chicago's UChicago News.

Despite previous claims, scientists says Oumuamua is not a hydrogen iceberg

Lava tubes on Mars and Moon are massive; could act as shield from cosmic and solar radiation