First famines induced by the Coronavirus pandemic are already at the world’s doorstep, UN warns

In April, the executive director of the World Food Program warned the Security Council that while the world was contending with the pandemic, we are also on the brink of a hunger pandemic.

The first famines of the coronavirus era could soon hit four chronically food-deprived conflict areas — Yemen, South Sudan, northeast Nigeria and the Democratic Republic of Congo — the top humanitarian official of the United Nations has warned.

In a letter to members of the Security Council, the official, Mark Lowcock, said the risk of famines in these areas had been intensified by “natural disasters, economic shocks and public-health crises, all compounded by the COVID-19 pandemic.” Together, he said, “these factors are endangering the lives of millions of women, men and children.”

The letter, which has not been made public, was conveyed by Lowcock’s office to the Security Council on Friday under its 2018 resolution requiring updates when “the risk of conflict-induced famine and widespread food insecurity” occurs. A copy of the letter was seen by The New York Times. 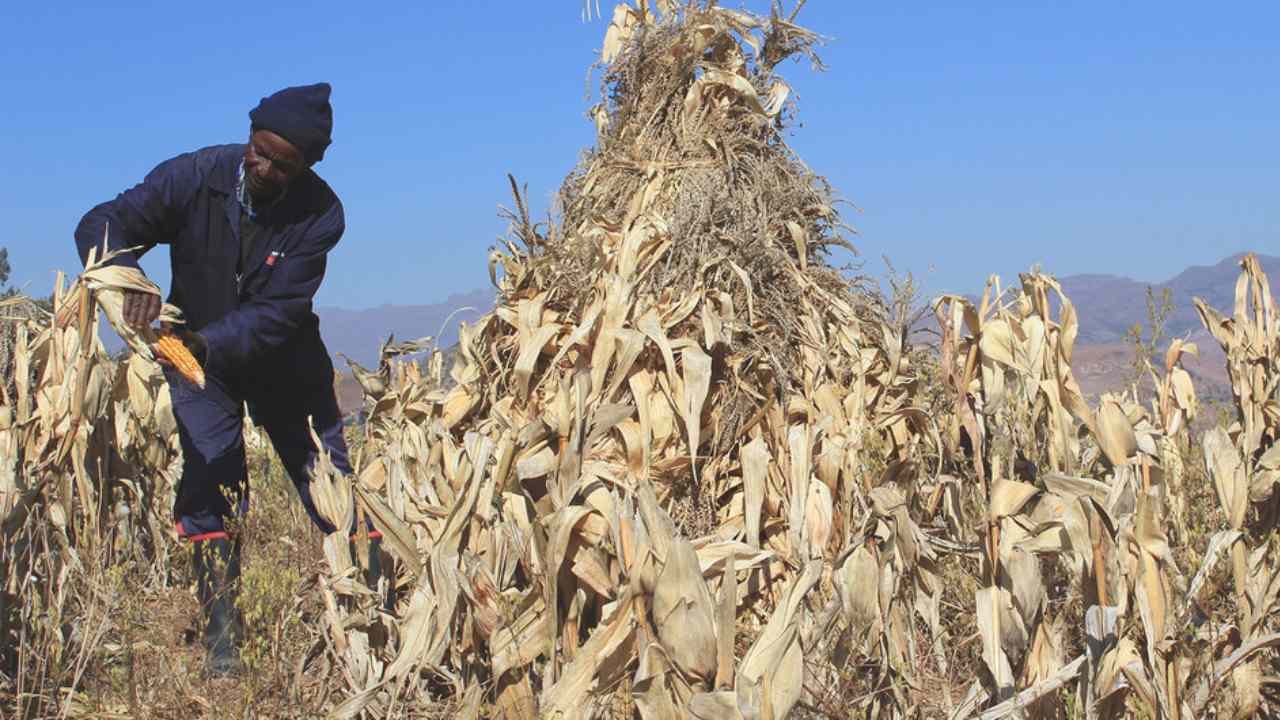 The risk of famines in Yemen, South Sudan, northeast Nigeria and the Democratic Republic of Congo had been intensified by “natural disasters, economic shocks and public-health crises, all compounded by the COVID-19 pandemic.” Image credit: FAO/Elisabeth Tsehlo/UN

UN officials have said before that all four areas are vulnerable to acute food deprivation because of chronic armed conflicts and the inability of humanitarian relief providers to freely distribute aid.

In April, David Beasley, executive director of the World Food Program, the anti-hunger arm of the UN, warned the Security Council that while the world was contending with the coronavirus pandemic, “we are also on the brink of a hunger pandemic.”

Lowcock, who is the UN’s undersecretary for humanitarian affairs, effectively escalated the warning, saying a lack of funding for emergency relief and the complications created by the coronavirus scourge have now pushed some of the world’s neediest populations closer to famine conditions.

Under a monitoring system for assessing hunger emergencies known as the Integrated Food Security Classification or IPC scale, Phase 3 is a crisis, Phase 4 is an emergency, and Phase 5 is famine — the worst — marked by “starvation, death, destitution and extremely critical acute malnutrition levels.”

In Yemen, where famine was averted two years ago, Lowcock said “the risk is slowly returning.” The country, the poorest in the Arab world, has been ravaged for more than five years by a civil war between Houthi rebels and a Saudi-backed military coalition that has left 80 percent of the country dependent on outside aid.

Lowcock said the Yemeni currency has basically collapsed, while food costs have surged and drinking water prices have more than doubled since April. In 16 districts of the country, nearly all in Houthi-controlled areas, he said, the hunger emergency is now at Phase 4 — one step from famine.

In the eastern part of the Democratic Republic of Congo, where decades of conflict have worsened this year, Lowcock said 21 million people are living in “crisis or worse levels of food insecurity.”

In the northeast Nigeria states of Borno, Adamawa and Yobe, which have been roiled for years by armed extremist militants, Lowcock said more than 10 million people — 4 of 5 — now require humanitarian assistance and protection.

He said more than 1.2 million people in northeast Nigeria “remain largely inaccessible to aid agencies due to conflict and deliberate obstruction by nonstate armed groups,” with more than 15 aid workers killed in the past year.

In South Sudan, which has been upended by seven years of civil war, a recent upsurge in violence has left more than 1.4 million people “facing crisis or worse levels of food insecurity,” Lowcock said. Two years after the threat of famine was narrowly averted in South Sudan, he said, “parts of the country are again deteriorating sharply.”