FDA rescinds approval for use of hydroxychloroquine for COVID-19 patients, says risks outweighs the benefits

In a separate announcement, the FDA has warned doctors against prescribing the HCQ in combination with remdesivir, the other drug shown to help COVID-19 patients.

The United States' Food and Drug Administration (FDA), on Monday, revoked the emergency authorisation for the malaria drug - hydroxychloroquine - promoted by the US President Donald Trump for treating COVID-19. This new development comes amid growing evidence that the drug does not and could cause serious side effects.

The FDA said the drugs hydroxychloroquine and chloroquine are unlikely to be effective in treating the coronavirus. Citing reports of heart complications, the FDA said the drugs’ unproven benefits “do not outweigh the known and potential risks.” Several studies of the decades-old malaria pills have also suggested that they are not effective either as a treatment or to prevent COVID-19. 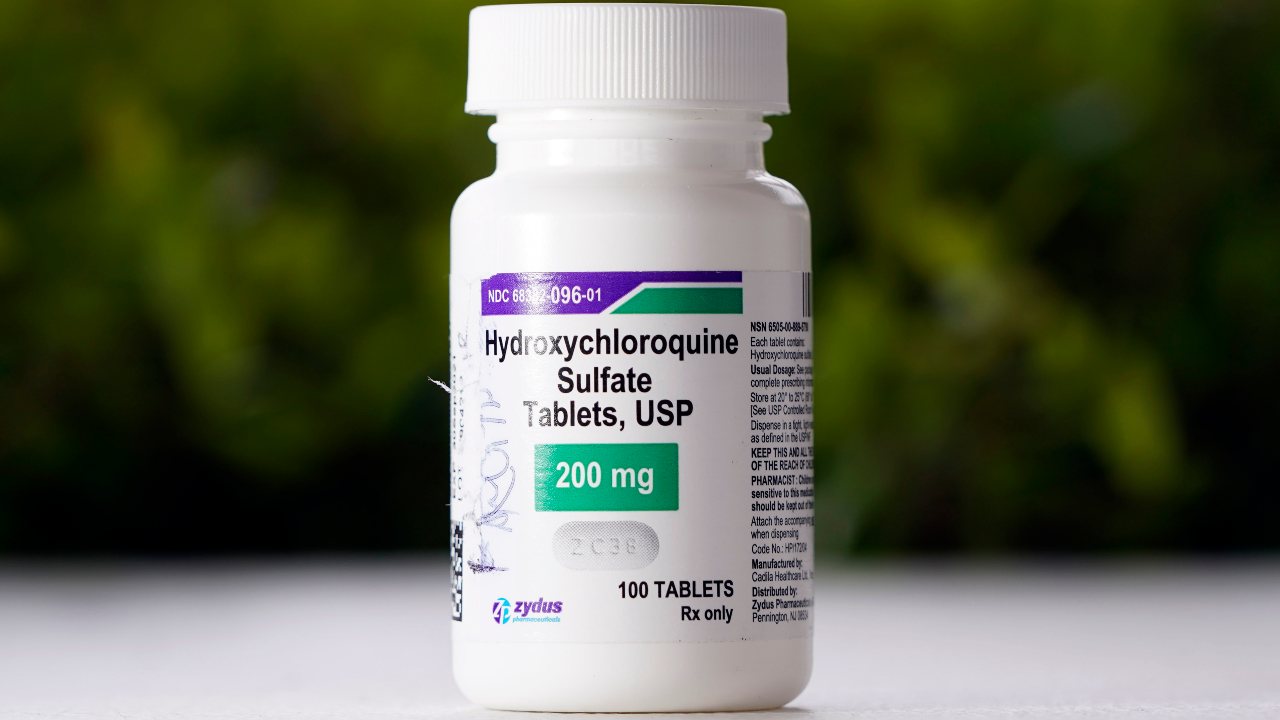 Hydroxychloroquine and chloroquine are frequently prescribed for lupus and rheumatoid arthritis and can cause heart rhythm problems, severely low blood pressure, and muscle or nerve damage. The agency reported Monday that it had received nearly 390 reports of complications with the drugs, including more than 100 involving serious heart problems. Such reports represent an incomplete snapshot of complications with the drugs because many side effects go unreported.

Hydroxychloroquine’s anti-inflammatory and antiviral properties suggested it might help COVID-19 patients, and the FDA had authorised its emergency use in March at the height of the pandemic when there were no approved treatments. The early enthusiasm was partly based on laboratory experiments in which the drug appeared to neutralise the virus. Chloroquine, which is not approved for any use in the United States and has more side effects, has not fared any better in human clinical trials.

On Thursday, a National Institutes of Health panel of experts revised its recommendations to specifically recommend against the drug’s use except in formal studies, and “that, I’m sure, had influence on the FDA,” Nissen said.

The actions by the FDA and NIH send a clear signal to health professionals against prescribing the drugs for coronavirus.

No large, rigorous studies have found the drugs safe or effective for preventing or treating COVID-19. And a string of recent studies made clear they could do more harm than good.

Dr Peter Lurie, a former FDA associate commissioner, and an Obama administration appointee, said the agency had tarnished its reputation by clearing the drugs based on scant evidence and under apparent political pressure.

“This is an agency that gains its credibility from the strength of its scientific pronouncements,” said Lurie, now president of the nonprofit Center for Science in the Public Interest told The Associated Press. “The lesson of this whole tawdry episode is that it’s the old, painstaking ways of science that ultimately deliver safe and effective therapies.”

This sudden FDA move means that shipments of the drugs obtained by the federal government will no longer be distributed to state and local health authorities for use against the coronavirus. The decades-old drugs are still available for alternate FDA-approved uses, so US doctors could still prescribe them for COVID-19 — a practice known as off-label prescribing. Any drug with US approval can be used in any way a doctor sees fit regardless of what it has been approved for.

US Secretary of Health and Human Services Alex Azar said the drug is still being studied for possible use at an earlier stage of the disease.

“A lot of the data that has come out that was more negative was people who were quite ill in the hospital,” he told Reuters.

The drug can still be used with a doctor’s prescription, Azar noted.

Dr Steven Nissen, a Cleveland Clinic researcher who has been a frequent FDA adviser, agreed with the decision and said he would not have granted emergency access in the first place.

He told The Associated Press, “There has never been any high-quality evidence suggesting that hydroxychloroquine is effective” for treating or preventing coronavirus infection, he said, but there is evidence of serious side effects.

The FDA granted emergency use for the anti-malaria drugs in late March at the same time the US  government accepted 30 million doses of hydroxychloroquine and chloroquine that had been donated by two foreign drug manufacturers. Millions of those doses were shipped to US  hospitals to treat patients who weren’t enrolled in clinical trials.

But the FDA previously warned doctors that it had seen reports of dangerous side effects and heart problems reported to poison control centres and other health systems.

The agency said it revoked the authorization in consultation with the Biomedical Advanced Research and Development Authority (BARDA) which had requested the emergency use.

BARDA’s former director said in April that he was removed from his job because he resisted political pressure from Trump appointees to allow widespread use of the malaria drugs. Rick Bright said he worked with FDA senior staff to limit the drugs’ authorization to patients hospitalized with COVID-19 and under professional supervision.

Among other issues, Bright objected to the fact that some of the doses imported were manufactured at facilities in India and Pakistan that had not been inspected by the FDA. Bright is seeking reinstatement to his position at BARDA after being transferred to the NIH.

The FDA says it sampled and tested the imported drugs to confirm they met the agency’s standards for safety and quality.

Half of the hospitals responding to a mid-May survey conducted by the American Society of Health-System Pharmacists (ASHP) reported excess supplies of hydroxychloroquine that they expected to return to wholesalers.

Remdesivir to the rescue

In a separate announcement, the FDA has also warned doctors against prescribing the drugs in combination with Gilead Science's remdesivir, the lone drug currently shown to help patients with COVID-19. The FDA said the anti-malaria drugs can reduce the effectiveness of remdesivir, which FDA cleared for emergency use in May. Remdesivir is an experimental intravenous medication that has been shown to help severely ill, hospitalized patients recover faster.

Late Monday afternoon, the FDA announced it would update remdesivir’s prescribing label to warn against combining it with hydroxychloroquine or chloroquine. The agency said results from laboratory tests suggest the drugs interfere with remdesivir’s virus-fighting ability in human cells. Despite that risk, regulators said they have not yet seen the problem in patients.

Trump disagrees with the  FDA's revoking of the drug and said the only US. agencies have failed to grasp its benefit in fighting the coronavirus. His remarks were delivered to reporters at the White House, hours after the FDA  revoked its emergency use authorization of the drug.

In March, Trump said hydroxychloroquine in combination with the antibiotic azithromycin had “a real chance to be one of the biggest game-changers in the history of medicine,” with little evidence to back up that claim.

He said that he had taken the drugs preventively after two people who worked at the White House were diagnosed with COVID-19. He also urged others to try it, again with no scientific backing.

“I took it and I felt good about taking it. I don’t know if it had an impact, but it certainly didn’t hurt me,” Trump said on Monday.

Trump said there had been “great reports” out of France, Spain, and other places, without offering any evidence or further explanation. France is one of the countries that has already stopped using the drug for COVID-19 patients. Italy and Belgium late last month halted use of hydroxychloroquine for COVID-19 patients. But the US, last month sent two million doses to Brazil, which has emerged as the pandemic’s latest epicentre.

Hundreds of trials testing hydroxychloroquine or chloroquine as interventions for COVID-19 are still underway, including a US study designed to show whether hydroxychloroquine in combination with azithromycin can prevent hospitalization and death from COVID-19.