Extreme weather events through 2019: A record-breaking year for climate catastrophe in India

Over half of India's population was gripped by intense heatwaves in June and July this year, killing more than 200 people.

These extreme weather events displaced about 2.17 million people in the first six months of 2019. These figures are bound to rise as the displacements from cyclones and floods in the later half of the year are included.

With most number of deaths due to extreme weather events, India was also considered the fifth most vulnerable of 181 countries to the effects of climate change, IndiaSpend reported on 5 December 2019.

As this year draws to a close, we take a look at the extreme weather events that hit India in 2019 and their impacts. 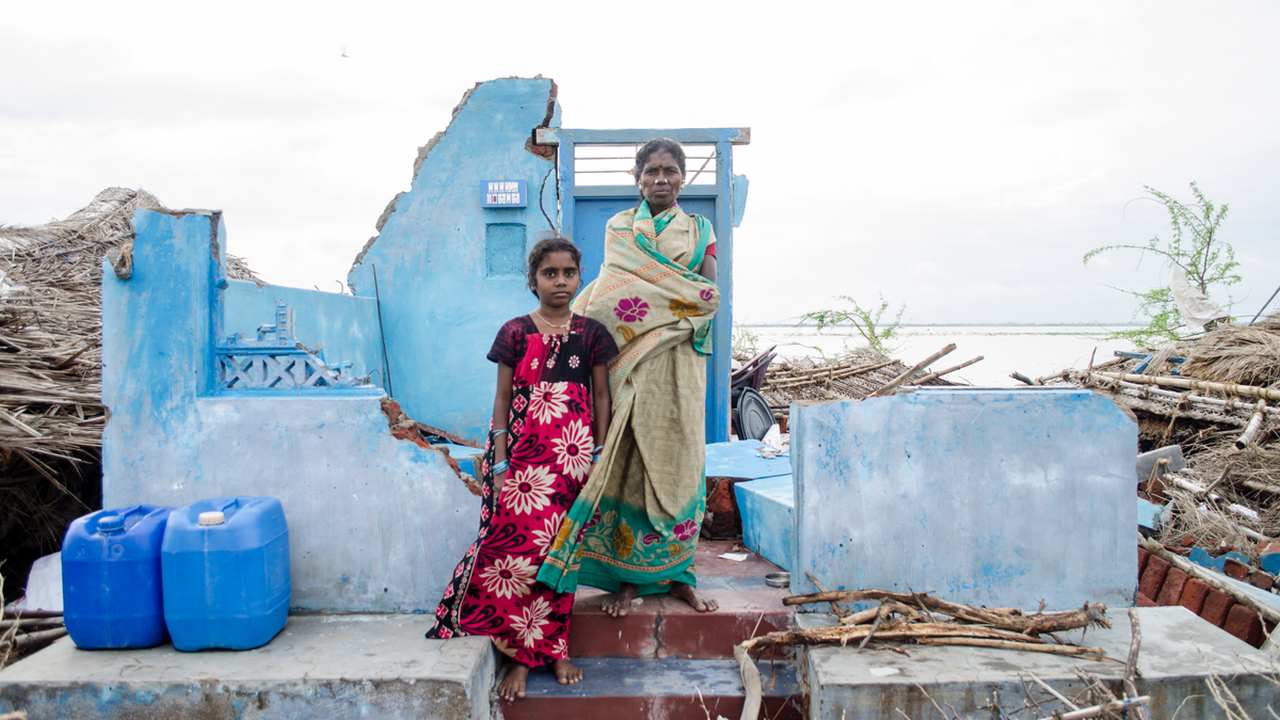 The women pictured are among 20 million people who have been forced to migrate due to extreme weather events fuelled by climate change. Around 80 percent of them are in Asia. Image: Palani Kumar.

Heatwaves and the warmest 5-years on record

More than half the population of India was gripped by an intense heatwave in the summer months of June and July 2019, killing over 200 people.

The Indian government declares a heatwave when temperatures reach at least 4.5 deg-C above the "normal" temperature for an area for at least two days.

In early June 2019, when intense heatwave scorched large parts of India, some regions experienced temperatures surpassing 45 deg-Celcius (deg-C) for the better part of three weeks. On June 10, Delhi reached its hottest day on record for the month, reaching 48 deg-C, according to the World Meteorological Organization's (WMO) State of Global Climate 2019 released on 3 December 2019.

July 2019 was the hottest July ever in recorded Indian meteorological history, and 65.12 percent of India's population was exposed to temperatures of over 40 deg-C between May and June 2019, the most widespread over four years, IndiaSpend reported on 10 August 2019.

In 2019, sparse rainfall during the pre-monsoon season, along with a delayed monsoon, as we further explain, made the heat more unbearable, said the WMO report.

The southwest monsoon rains in 2019 were the heaviest India had witnessed in 25 years. Between June and September 2019, rainfall was 110 percent of its long-period average (LPA) of 880 mm, the national average of monsoon rains received in the 50 years leading to 2010, IndiaSpend reported on October 10, 2019. 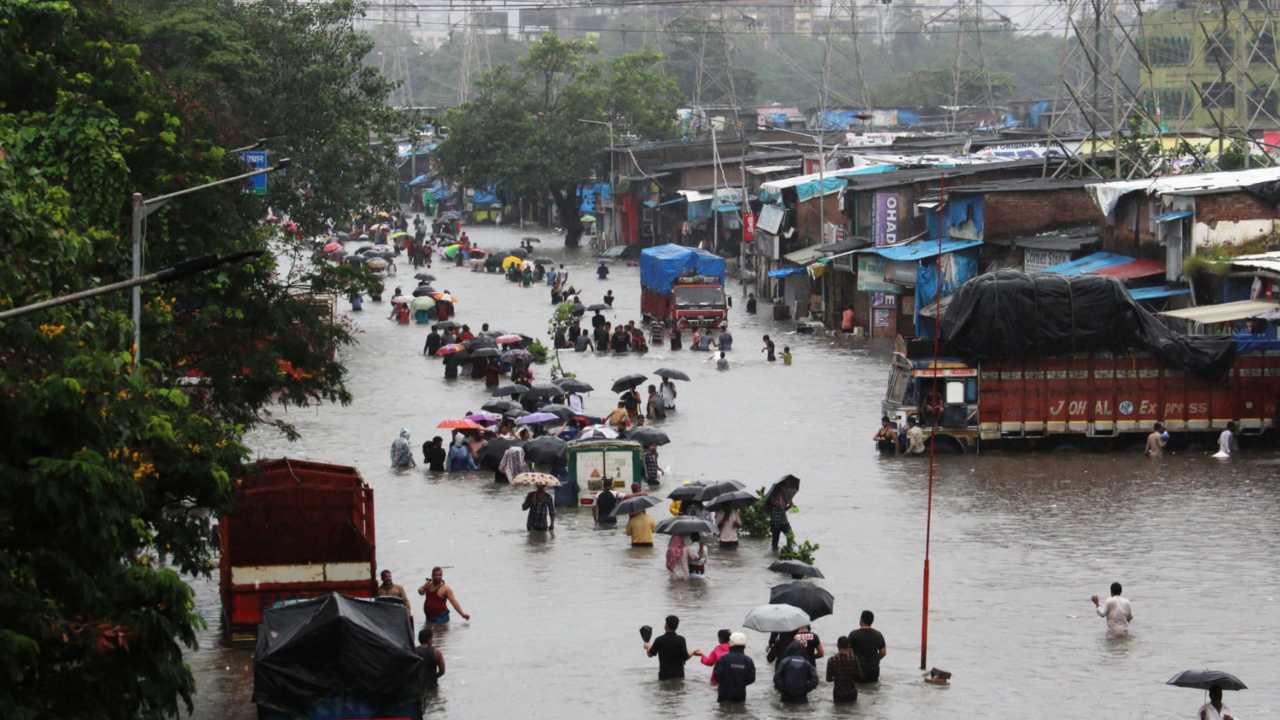 Flooding in Mumbai during monsoons is a fairly routine to residents in the city.

These events of extreme rainfall have already tripled over central India between 1950 and 2015 and are projected to increase further in the future. While overall rainfall remains the same, instances of extreme rainfall are leading to an increase in the number and intensity of droughts and floods, IndiaSpend reported on 5 September 2019.

Even as India’s summer monsoon ended with 10 percent more rainfall than the long-term average, about 30 percent of the country’s area faced drought as on 6 September 2019.

Thunderstorms killed more than 100 people in the country in 2019 in the summer months of April and June 2019. Widespread severe thunderstorms and associated dust storms affected northern and western India in mid-April 2019, causing at least 50 deaths on 16-17 April 2019, said the above mentioned WMO report.

Additionally, 60 deaths were reported from further severe thunderstorms in northern India during the first half of June, it said. 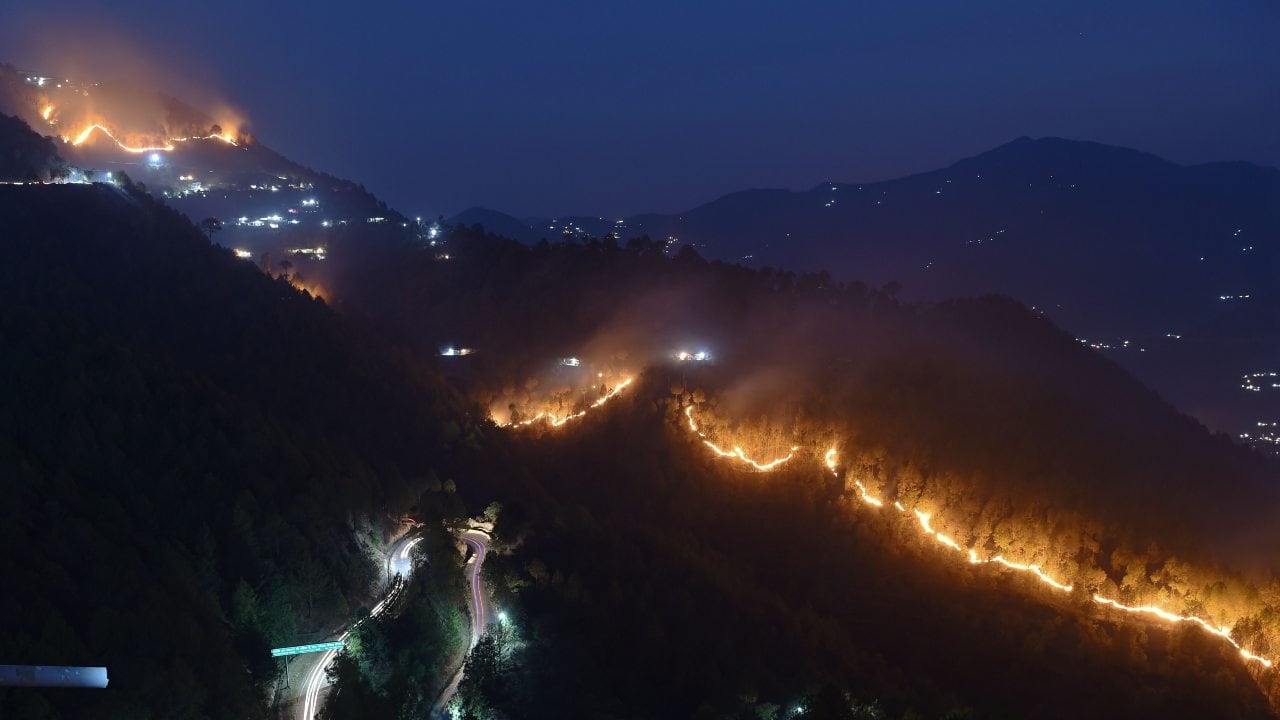 Wildfires burn in hills around New Tehri at Bourari in the Indian state of Uttarakhand in May 2018. Image: Prakash Singh/AFP via Getty

Cyclone Bulbul of November 2019 was the seventh cyclone to hit the country this year. With this, 2019 became the second consecutive year to record seven cyclones. Before 2018, India had seen as many cyclones in a single year in 1985, 33 years ago. This is much higher than the annual long-period average (1961-2017) of 4.5.

"Six cyclones intensified into a severe cyclonic storms in both 2018 and 2019, which is the highest since 1976, when seven such storms were recorded," The Weather Channel reported on 14 November 2019.

The number of cyclones in the Arabian Sea and the Bay of Bengal has increased by 32 percent in the last five years, according to data from the India Meteorological Department (IMD). Compared to previous decades, the last 10 years have also seen an 11 percent rise in these extreme occurrences, The Weather Channel report said. The government, however, has denied any such trend of increasing occurrence of cyclones. "No significant increasing trend is established in the frequency of Cyclone occurrences over the Bay of Bengal and Arabian Sea when we consider the long term data,” Harsh Vardhan, India’s science minister, replied in Lok Sabha (lower house of parliament) on November 22, 2019. “However, the recent two years, v.i.z., 2018 & 2019 have witnessed above normal cyclogenesis over these ocean basins,” he said.

Bulbul was the third cyclone in the Bay of Bengal after Cyclone Pabuk and Fani. Cyclone Pabuk was formed in the first week of January 2019, then lashed Andaman and Nicobar Islands and recurved towards Myanmar.

Cyclone Fani was formed in the first week of May 2019 and impacted the state of Odisha. It further impacted East and Northeast India inclusive of Kolkata. Four of the cyclones were formed in the Arabian Sea in 2019: Cyclone Vayu, Cyclone Hikka, Cyclone Kyarr and finally Cyclone Maha.